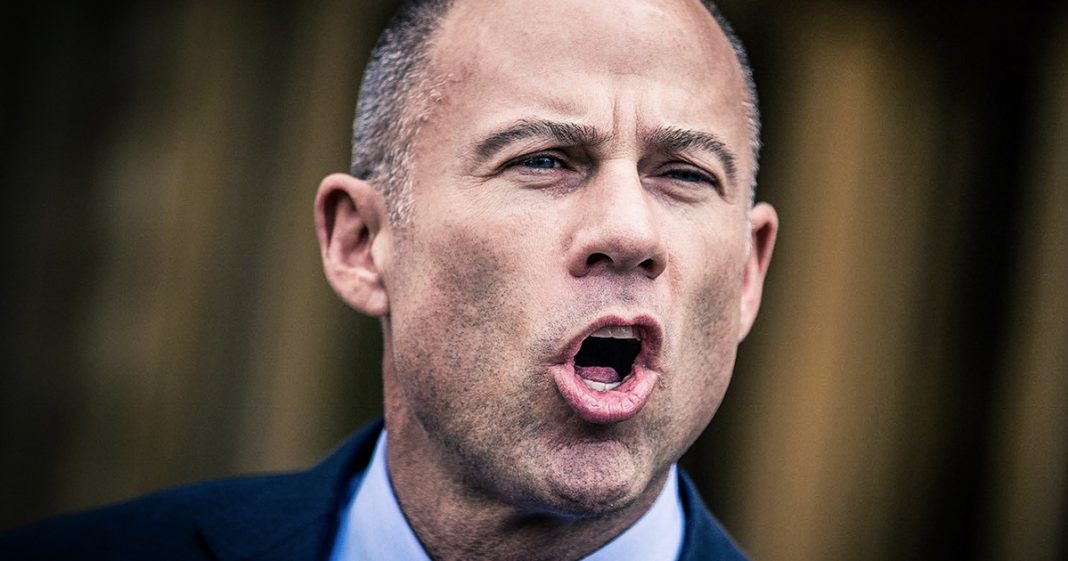 Attorney Michael Avenatti said on Twitter on Thursday that he has evidence suggesting that, not only did Trump and his attorney Michael Cohen pay off even MORE women who had affairs with Trump, but also that the two were worried that at least one of the women became pregnant as a result. If true, and Avenatti’s track record gives us little reason to doubt him, this could finally get some of those Trump-supporting holdouts to finally ditch the President. Ring of Fire’s Farron Cousins discusses this.

Michael Avenatti, the attorney who’s basically taking on Michael Cohen, Donald Trump, Rudy Giuliani everybody that he can get his hands on, tweeted out something very explosive on Thursday morning and that explosive Tweet was this, “Breaking, Donald Trump conspired with Michael Cohen to pay off multiple other women prior to election day in 2016. They were also concerned about a pregnancy. Cohen has evidence and info in his possession and it must be released to the public.”

Now here’s the thing about Avenatti’s claim right here, so far since Avenatti became a public icon here, he’s been honest. That’s what should scare Trump supporters. Avenatti’s track record which he actually Tweeted about after sending this one, pretty much 100% right now on being accurate with the things that he’s saying. I can not think of a single instance nor have I seen any specific article calling him out for lying.

So if Avenatti says that this happened, we kind of need to trust him at the moment. I’m not saying believe him, I’m saying trust him. We also know for a fact that there are hundreds of other Trump, Cohen tapes that could very soon be released to the public. Hopefully not all at once, that’s a lot of audio to go through and a lot of Trump conversations to listen to, but nonetheless, Avenatti has a phenomenal track record.

So let’s get to the heart of what he’s claiming here, they were worried about a pregnancy. What does that mean? Does it mean that they knew somebody was pregnant and the had to pay to terminate it? Is Donald Trump or did Donald Trump make a massive payment to basically act as 18 years worth of child support? How many other women were paid off? How many potential pregnancies were there? What happened to the pregnancy if it did exist? All of these are questions that the American public doesn’t really care about, right?

We don’t need to know because none of that is necessarily relevant other than the payment part. The people who should be asking those questions though are those evangelical one issue voters who think that things like abortion are the worst thing to ever happen to humanity. Maybe you guys need to start looking at your own guy and find out what has happened here. You are the ones who should be the most upset by this. The rest of us pretty much expected it, but you guys, you hypocrites, you charlatans and you false prophets, where are you on this issue?

Where are you asking, demanding that we get the rest of those tapes released so that you can see if the man you’re throwing your support behind blindly is in fact the kind of person you absolutely claim to hate? For the rest of us, let’s worry about the criminality of it. If these payments were made and Trump knew about them and they exceeded the $25,000 limit, they are in kind contributions to the Trump campaign which would make every single payment an individual felony.

That’s the important part that we need to focus on, let the single issue voters deal with the fact that they’ve put a man who may have paid for abortions in the White House. That’s a moral issue that they need to work out for themselves. The rest of us, we’ll focus on the criminality and work on getting this man behind bars where he belongs.