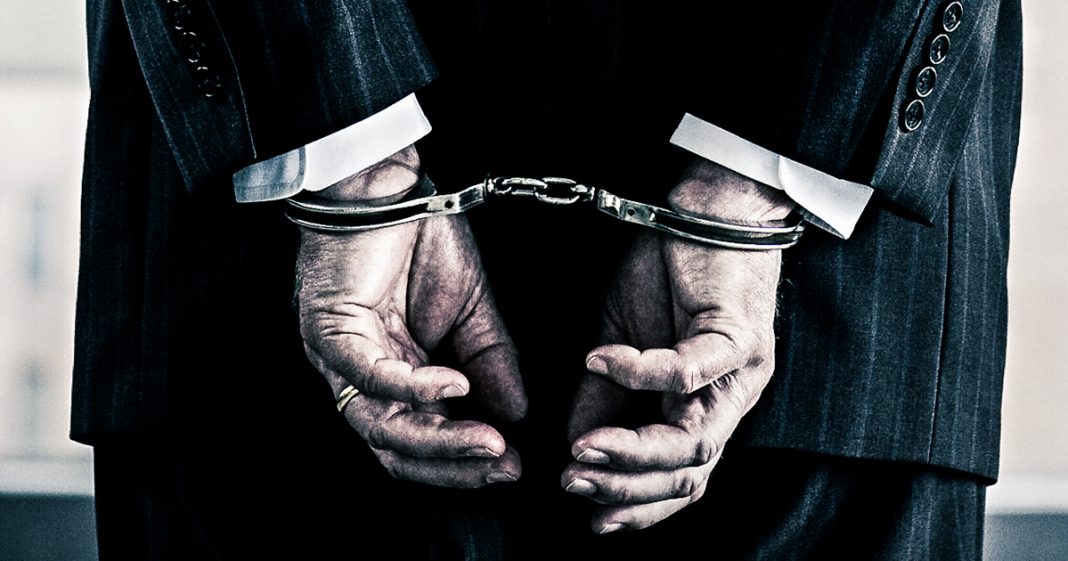 White collar criminal prosecutions and fines are not just plummeting under the Trump administration – they appear to be disappearing altogether. Enforcement efforts and penalties for the worst of the worst of corporate America have fallen by more than 90% at nearly every federal regulatory agency, giving white collar criminals a free pass to do whatever the hell they want to do. Ring of Fire’s Farron Cousins discusses this.

If you look at the tweets by Donald Trump regarding any candidate that he is endorsing for any primary or election coming up this year, he always mentions, “Tough on crime. They’re tough on crime.” And he has marketed himself to the American public as somebody who is tough on crime. Unfortunately according to a new report by Public Citizen, nothing could be further from the truth. Since Donald Trump took office, white collar criminal prosecutions have not just plummeted, but they have almost completely disappeared. We’re talking about a more than 90% decrease in the amount of white collar criminals being prosecuted in the United States today.

But don’t worry. As Public Citizen points out, it’s not because white collar criminals suddenly reformed themselves, got their acts together, and stopped breaking the laws, it’s just that now that the government is packed with even more corporate insiders than it was during the Obama years, they’re just looking the other way. They’re not prosecuting, they’re not fining, they’re not even enforcing the laws that they are legally required to be enforcing. Here are some of the numbers, and this is absolutely staggering here. The DOJ penalties against corporate offenders have fallen 90%. At the EPA, those same penalties have fallen by 94%.

10 out of the 12 agencies that Public Citizen looked into have seen an over 90% decrease in the number of penalties and prosecutions and enforcement efforts at those government agencies. Here’s what that means, it means that right now in the United States of America we have a government that is not only run by the corporations, but they control it to the point where they’re not being punished when they rip you off through financial scams, when those predatory payday lenders come and squeeze you out of every dime you’ve every earned, student loan scams, housing scams, environmental destruction and degradation that poisons hundreds of thousands of people every day. Nobody is being punished.

In the past, we used to talk here on Ring of Fire about how nobody goes to jail. They just get fined. They get a slap on the wrist. But these days, those slaps on the wrist have disappeared. They’re not facing any kind of punishment for their behavior. And what’s gonna happen? I think we all know the answer to that. When negative behavior, bad behavior, criminal behavior goes unpunished, yet they get the financial rewards from it, it incentivizes them to do it again, to do it on a bigger scale, to continue their corrupt practices, because they know that these corporations control the government to the point where they can get away with anything, and nobody is gonna come along and hold them accountable except for the trial lawyers.

But, of course, they’re trying to take care of that right now by packing all of the courts in this country with corporate political hacks. Right now that is the only avenue we have left until republicans finish their court packing scheme. And once that happens, corporations will have complete control over every facet of our government.