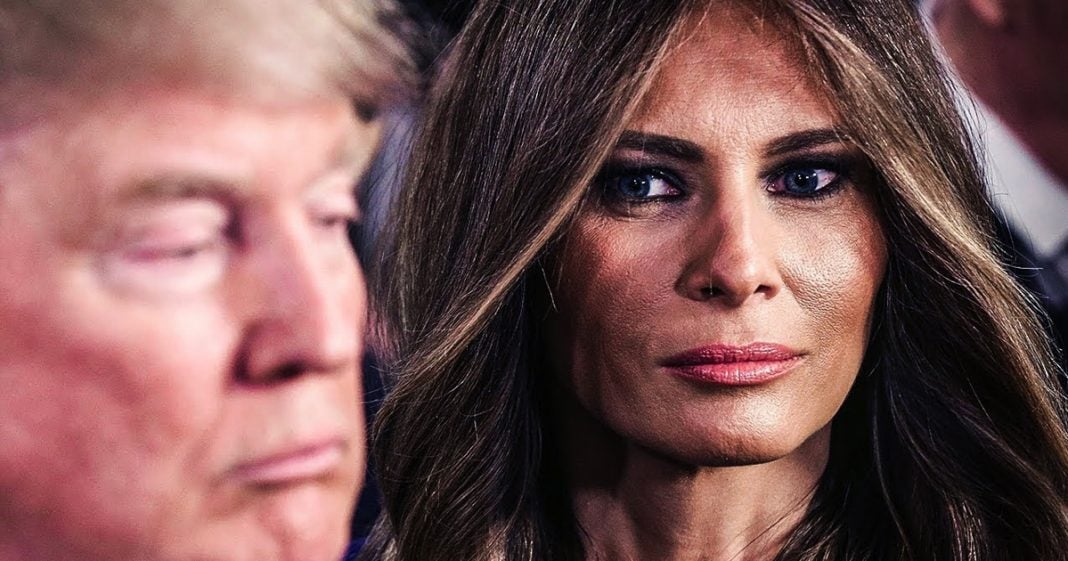 It is no secret that Donald Trump absolutely HATES CNN, but according to recent reports, the President grew furious when he saw that Melania’s TV on Air Force One was tuned into CNN. Its one thing to dislike the network that isn’t fawning all over you, but it is completely psychotic to go into a blind rage when you find your wife watching the channel. Ring of Fire’s Farron Cousins discusses this.

According to new reports, Donald Trump absolutely flew into a rage recently, when he boarded Air Force One to find that one of the TVs there was tuned to CNN, and not Fox News. According to the report by the New York Times, the TV in question happened to be Melania’s television. But rather than flying into a blind rage at Melania, staff members, in their emails, say that he actually took his rage out on them, which caused, “A bit of a stir on Air Force One.” According to these employees, they have made it standard practice to go ahead, and put whatever TV is near Trump on Fox News, but this happened to be Melania’s TV, she wanted to watch, I don’t know, something that wasn’t just pro-Trump propaganda for a few minutes, and so she tuned it to CNN.

Donald Trump, and they actually mention this in their article about him, wants to live in his own little world, where nothing that he does is wrong. And the only world that exists like that is Fox News. He cannot handle anything outside of that alternative reality bubble, in which he loves to live. That also helps explain why yesterday, he kicked a CNN reporter out of the White House, and then they forbade her from coming back, and covering an event later in the day. They kicked CNN out and said, “You can’t come back today.” Sarah Huckabee Sanders lied about what actually happened. All the other reporters in that room denied what Sarah Huckabee Sanders said had happened, which was that the reporter wouldn’t leave, she was being rude and unruly. Nobody else in that room saw that.

But nonetheless, Donald Trump has a very real bias, and just downright anger towards CNN. It doesn’t quite make any sense. There’s lots of reasons to hate CNN, you can hate them for drumming up wars with Iraq and Afghanistan. Right now they’re beating the drums of war against Russia. Plenty of things to hate that network about, but their coverage of Donald Trump and the crap that he’s pulling every single day isn’t one of them. On that particular issue, they’ve been astoundingly accurate. Not only in exposing what Trump is doing as President, but also in showing how stupid the people that he has surrounded himself with, in the White House, truly are. And that’s why Donald Trump hates them, and that’s why he is furious that his wife had the audacity to watch that network.