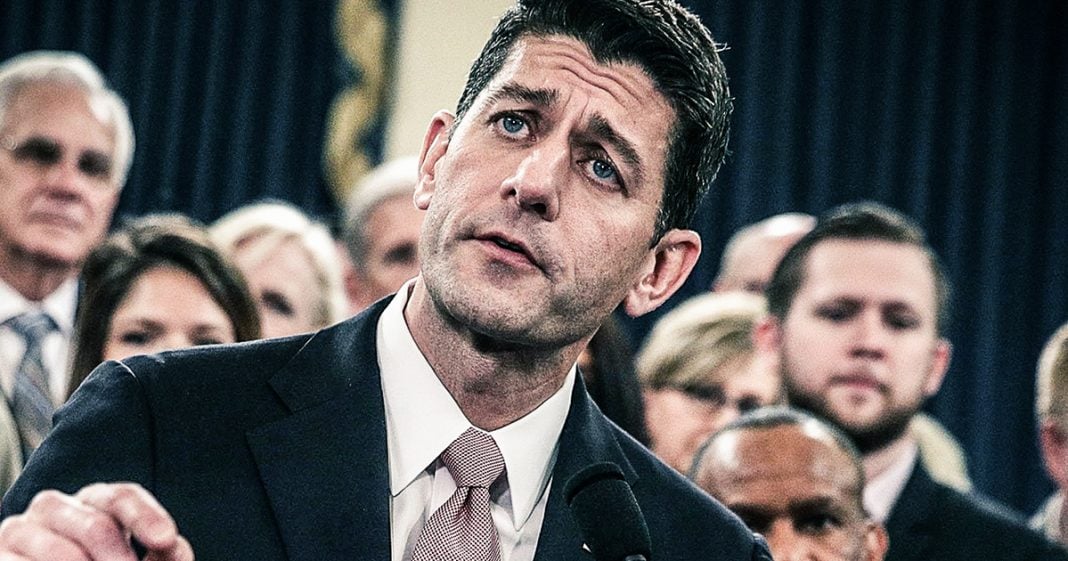 Republicans in Congress have already begun preparing their NEXT round of corporate tax rates, in spite of the fact that all of the available studies show that their first round of tax cuts have done worse than nothing to help American workers. The reason they’ve done “worse than nothing” is because wages across the country have actually fallen by nearly 10% since the tax cut package went into effect this year. Ring of Fire’s Farron Cousins discusses this.

At this point, it’s almost nauseating to see the number of politicians out there every single day tweeting that the economy is better than ever, that corporations are doing more than they’ve ever done for this country. They’re creating new jobs. They’re bringing jobs back to the United States. They’re just loving their corporate tax cuts that they got seven months ago. As a result of that, Republicans, especially Paul Ryan, he’s the leader of this whole thing, are telling us we need to go ahead and give them another tax break. That is currently what Republicans are working on in Washington DC. Forget about all of the other important issues that we have going on, you know, the people crying for some kind of Medicare for all health insurance, so they don’t go bankrupt from their medical bills, and so they can actually afford insurance. Or the students who are drowning in debt, the people who are about to have their social security or Medicaid cut, because we have to pay for the first round of tax cuts. Ignore all of those real problems we have in this country because it’s been seven months since we cut corporate taxes, so by God they’re due for another one.

That’s what Republicans are telling us today. Why? Because the Republican party of the United States is 100% owned by corporations. Now, don’t get me wrong. The Democratic party is probably about 90% owned by corporations, maybe even a little higher than that. But Republicans still have an edge on them when it comes to getting corporate money and since Republicans are in charge of the government right now, they’re the ones who get the overall wrath of the American public, because they reap the most benefits from corporations. Corporations, by the way, who are screwing you with their financial fraud schemes. Corporations who are dumping their toxins into our waterways giving people across this country cancer and other illnesses and never facing any kind of justice in this country other than getting hit by civil lawsuits where sometimes they can pay billions of dollars. But those are still small amounts compared to the suffering they’ve caused and the profits that they made while poisoning so many people. Those are the same people that a few months ago got a massive tax break and now Republicans want to give them another one, but here’s the thing.

We were sold this first tax cut under the idea that it was going to give everybody in this country a raise. Paul Ryan actually still says that it does, but all of the available evidence seven months in shows that real wages in the United States have actually fallen. They’ve fallen by over 9%, so an almost 10% dip in real wages here in the United States, because inflation has gone up obviously, interest rates are going up, things like that. Real wages have fallen by almost 10% after this tax cut was enacted. Seven months, a 10% drop. Republicans, these corporate owned politicians, think the best way to address this is to give those same polluting, fraudster companies an additional multi-billion dollar tax cut.