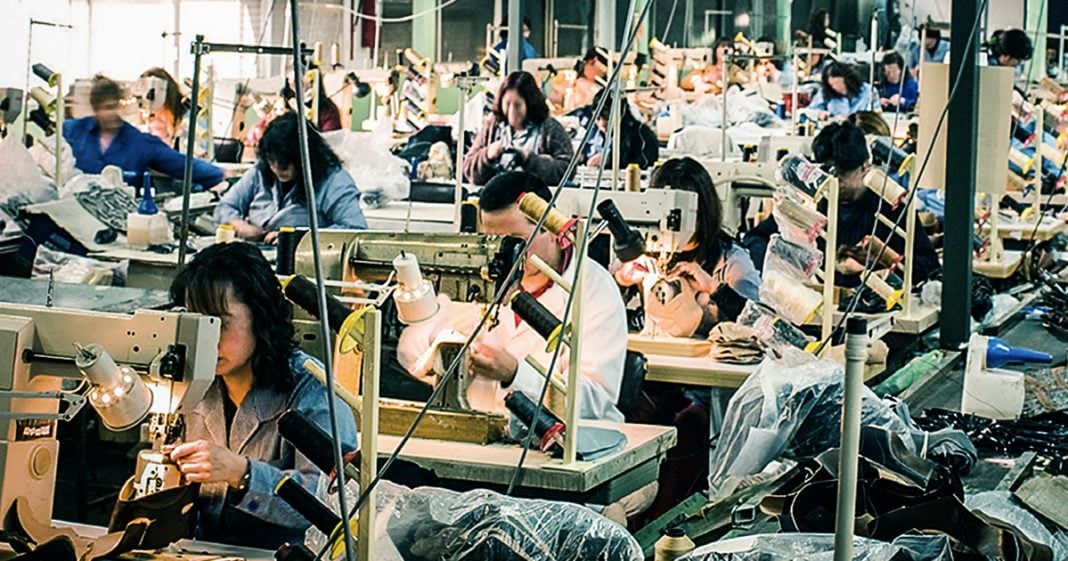 According to the 2018 Global Slavery Index, there are more than 400,000 people in the United States alone that are working under what they call “modern day slavery.” These people are essentially indentured servants to corporations and other businesses, along with more than 40 million people across the globe. Unfettered capitalism and our consumer-driven culture have made the problem so much worse, as Ring of Fire’s Farron Cousins explains.

Workers in the United States, in spite of all of the talking points coming from politicians, still have things pretty rough in this country. And according to the 2018 Global Slavery Index, things are actually a lot worse than most people are willing to admit under the corporate rule here in the United States.

According to this recently released 2018 Global Slavery Index, more than 402,000 people in the United States alone are modern day slaves. Now, this is not necessarily people involved in the sex slave trade, where they got, you know, kidnapped and put into that. These are people who actually go and they work for corporations. They work in factories. They make our clothing. They pick our crops. And according to this index, due to the conditions under which they work and the slave-like conditions there, the poverty wages, sometimes even below federally mandated or state mandated minimum wage laws, these people are essentially slaves.

It is indentured servitude towards corporations here in the United States and it’s happening in 2018. 40 million people across the planet are working under the same conditions that those 400,000 here in the United States are working under. And according to the report, there are several reasons why this problem is actually getting worse instead of better.

The first happens to be our consumerist culture. We always have to go buy things. We have to have the biggest, the baddest, the best, the newest, the shiniest. Because of that, demand for products across the board, even products we can’t even afford, goes up. And that’s where these indentured servants come from. Most of them are not actually US citizens. Some are brought over here from other countries under the promise of “Hey, we’re going to give you a scholarship to college,” or, “We’re going to give a modeling contract.” We’re going to give you some kind of opportunity here, and once they get over here, they realize that they’re trapped.

We have seen this in the fashion industry in the US. The farming industry. Private schools are doing this. Modeling agencies in New York. This is across the board and it is not unique to any one particular sector in the United States. But more than 400,000 people in this country today working as modern day slaves so that they can continue to make the crap that we just have to run out there and buy every single day.

The response to this is that we have to become more conscientious consumers. We have to understand what we’re buying, where we’re buying it from, and where it came from. We have to be smarter and more responsible with our money so that we as a public, as a country, stop contributing to this massive problem here in the US and all across the globe. We owe it to these people who have become modern day slaves to our consumerist lifestyles.