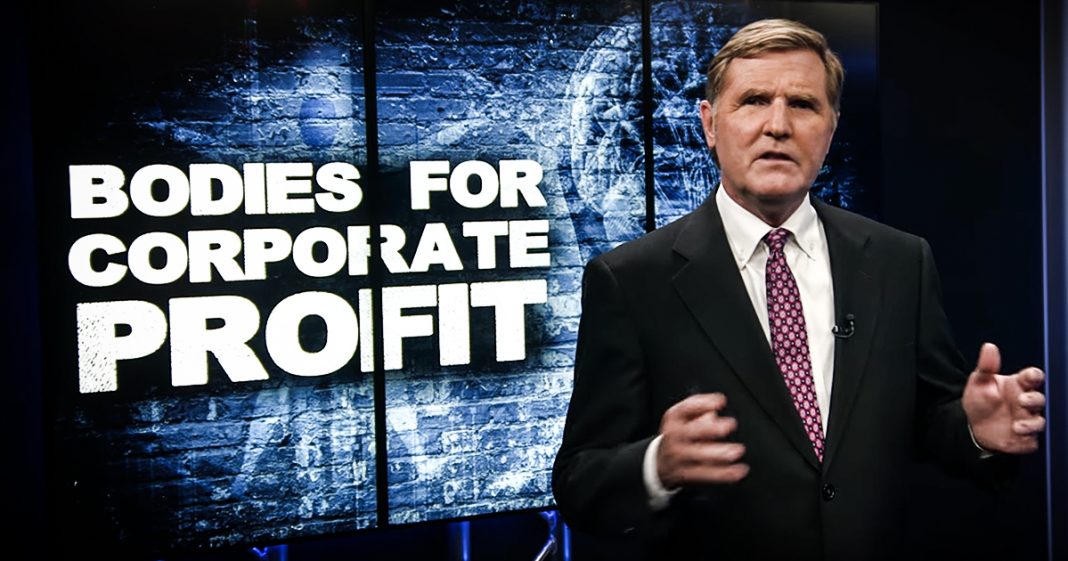 The death of a loved one is one of the most difficult experiences that a person can face. And as people are grieving, corporations are standing on the sidelines just waiting to turn tragedy into a huge payday. Recently, reports began surfacing that showed that companies were actually selling off bodies that had been donated for scientific research, literally piece by piece without ever telling the families. Tonight, we’ll tell you about this body trade and what you need to know to protect your loved ones from being sold to the highest bidder. Ring of Fire’s Mike Papantonio discusses this.

For centuries, people have been donating their bodies to science after they die, hoping that their contribution can help researchers better understand the aging process, disease progression, and to help train the next generation of medical professionals. Donating their body, for many people, is the last selfless act that they get to perform on this earth.

It should come as no surprise then that corporations have found a way to turn this selfless act by their fellow citizens into a huge profit center. Over the years, countless companies have popped up that specialize in providing cadavers to scientific organizations for their research. But not all of these companies are in business to help scientific research – in fact, a lot of them are in it to make a quick buck in the most disgusting and unethical ways possible.

For nearly ten years, a company called Science Care Incorporated has been accepting bodies that were donated by families in the name of science.

The company told the families that the bodies would be studied, used for academic purposes, and then the cremated remains would be returned to the families at no cost. This provided a great opportunity for low-income families who were too strapped for cash to provide elaborate funeral arrangements for their loved ones, and they also got the benefit of knowing that they were helping scientific research.

But unfortunately for these families, that scenario didn’t play out as they had hoped.

In 2008, the company decided that they weren’t making enough money by being an intermediary between families and research facilities, so they developed a new business model that they claim was based off of the business model of McDonalds. McDonalds has a model that says no matter where you go – whether it is a McDonalds in New York City or one in San Francisco – your Big Mac is going to taste the same.

Except Science Care wasn’t selling hamburgers to customers, they were selling body parts.

A year-long investigation by Reuters revealed that after the donated bodies were returned to Science Care, the staff would then dismember the bodies to sell to academics and researchers for further study.

Rather than taking the body, cremating it, and returning it to the family as promised, the company decided to take the remains, chop them up, and sell them off without the family’s knowledge or permission. The cremated remains that were returned to the family were just the leftovers that couldn’t be sold off for a profit.

The most shocking part of this story is that this is all 100 percent LEGAL in the United States. While there are very strict regulations about the donation and handling of organs that are donated to be used, the donation of whole bodies is surprisingly unsupervised. The families whose loved ones were dismembered and sold off to organizations have now filed a lawsuit against Science Care as a result of the company’s disgusting practices.