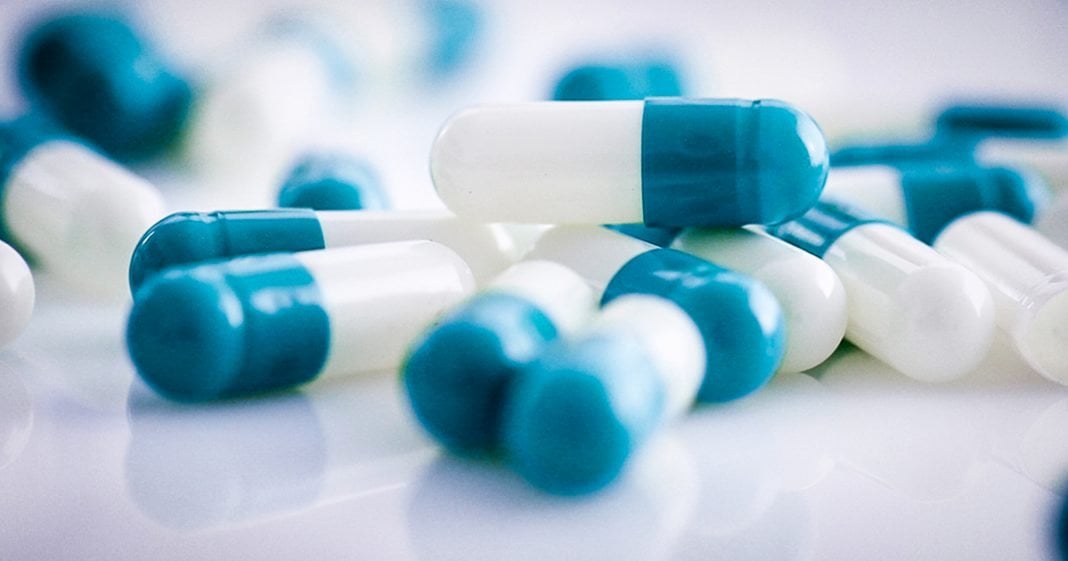 Donald Trump made a promise during the campaign that he would do something about rising prescription drug prices, and just as his administration was preparing to finally look at the issue, some of the largest drug companies sent their front groups and lobbying teams to DC to derail the talks before they ever happened. We won’t see any relief from prescription drug prices because Big Pharma has too much power over our elected officials. Ring of Fire’s Farron Cousins discusses this.

Donald Trump promised us on the campaign trail that he was going to lower prescription drug prices here in the United States. It’s something he’s actually hinted at throughout his presidency, yet so far, they haven’t actually really done anything about it. However, just as this administration was starting to actually look at the problem, and they were trying to come up with some kind of plan to address the issue, Big Pharma sent their lobbyists and their front groups, specifically the front group called PhRMA, P-H-R-M-A, to meet with the President, and submit a draft proposal of what they could do to allegedly lower prescription drug prices. Two days after these groups met with the President, the administration released their plan to lower prescription drug prices, and it was almost word for word the same proposal that was submitted to them by Big Pharma itself.

Here’s what that plan is. According to these pharmaceutical lobbying groups, the problem with high drug prices is not the fault of the drug companies, it’s the fault of, as they say, “major players along the drug supply chain, including insurance companies, and the pharmacy benefit managers.” Okay. Pharmacy benefit managers are the main culprits according to Big Pharma, and those are the ones being targeted by their proposals.

Here’s what they say that these people do. These people negotiate with insurance companies and pharmacies in order to get a specific insurance company to cover a specific drug from a drug company. Okay. And then, they come up with rebates and then those pharmacy benefit managers get paid a commission off of the number of rebates that get submitted, and because of this, it incentivizes people to raise the cost of the prescription drugs, double them in some cases, so that they can create a bigger rebate, which gives these pharmacy benefit managers more profit.

This is actually true. That is a thing that happens. Big Pharma is correct about that. However, that is not the main reason that drug prices in the United States are so high, and that is not the target that we need to be focused on if we want to lower prescription drug prices. Yes, we have to take greed out of the equation, and that’s what these benefit managers are doing. That’s what their entire career is based off of, greed. They don’t care how many people get better. They just care about how many people take the drugs and cash the rebates, so they can get the money from it, from the increased prescriptions from it.

What we have to do is, first and foremost, ban, like every other country in the world except for, I think it’s New Zealand, we have to ban, once again, direct to consumer advertising. As soon as direct to consumer advertising happened here in the United States in the late ’90s, drug prices skyrocketed. Why? Because Big Pharma companies were spending billions of dollars every year on marketing, and they had to get that money back. The majority of the costs associated with any prescription drug, here in the United States, do not come from the research and development, most of which is actually subsidized by the federal government, or conducted by outside universities, who then hand it over to the pharmaceutical companies. The main cost is the marketing. That’s why our prescription drugs are so much higher than everyone else. That’s at least one reason they’re so much higher than everyone else.

If we do not address that issue, we cannot ever fix the problem. Ever. Like, that’s first and foremost. We have to do that to fix it. If we’re not going to take that issue seriously, we will always pay more than everyone else for these prescription drug prices.

Drug companies have also, in a show of good faith, agreed to lower prices on some of their prescription drugs. However, as is the case of Merck at least and a couple others, they’re only lowering the prices on drugs that very few people actually take, drugs that do not make up any significant portion of their sales. They’re trying to hoodwink this administration and, unfortunately, the administration is falling for it, and the people who suffer are the people who need these medications in order to either get better and in some cases, actually just stay alive.