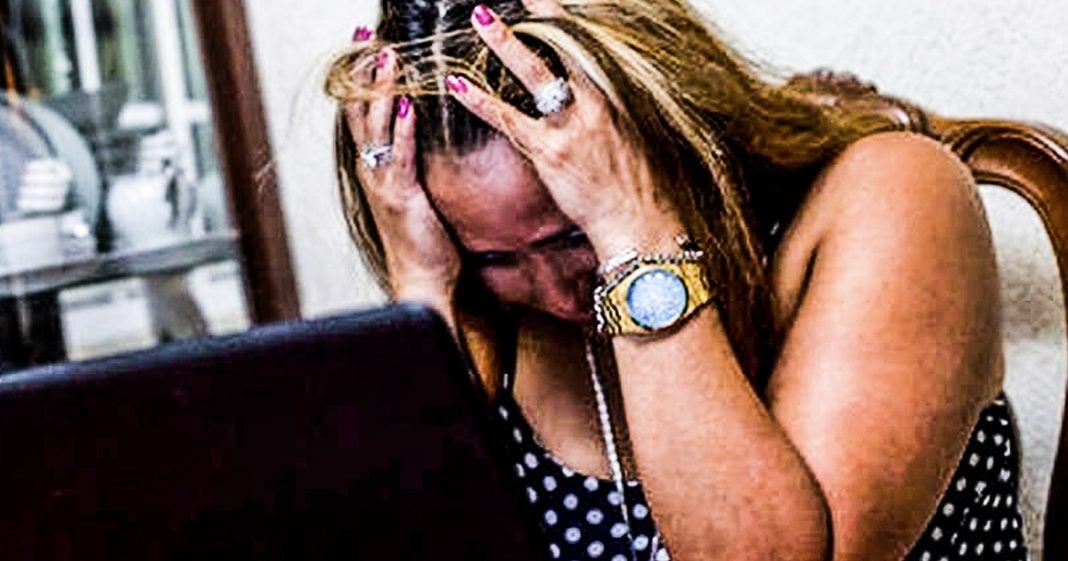 A Trump supporter by the name of Shirley Stegall is now willing to admit that she is “ashamed” of not only voting for Donald Trump, but that he has made her ashamed of her country. The reason for her sudden change of heart? The fact that her daughter-in-law, who happened to be an undocumented immigrant, was recently deported. Ring of Fire’s Farron Cousins discusses this.

Pretty much every week now at this point we’re greeted with a new story bout a Donald Trump voter, Donald Trump supporter that finally admits that their vote was wrong. But this weeks is a little bit different than ones we’ve seen in the past. The story of Letty Stegall is one that not most people in this country obviously know about. Letty Stegall was an undocumented immigrant here in the United States who was married to a US citizen. Letty was deported not that long ago and is not allowed back in the United States at least for the time being. Her and her husband also had a 17 year old daughter who is a US citizen. Well as it turns out, Letty’s mother-in-law, Shirley Stegall actually voted for and supported Donald Trump in 2016. But now according to a very lengthy article in the Associated Press, Shirley says that not only is she ashamed of her vote, but she is also ashamed of her country for the first time in her life. And this isn’t meant to say welcome to the other side, thanks for finally opening your eyes. This is a real world story about how many consequences can come from something as simple as your vote.

That’s the real problem here. The people who supported Donald Trump don’t even understand how much they’re screwing over themselves, screwing over their families, screwing over their friends and everyone else in their lives. Why? All because they were motivated to vote for a con man because they were easily conned. This woman, Shirley Stegall, saw first hand what’s happens when you put a racist in the Oval Office as she watched her daughter in law, the mother of her granddaughter, get packed up and shipped to another country possibly to never be seen again. Now they do video chat but whether or not they’ll ever be able to reunite as an actual family remains unclear at this point. And this is not a unique story. This is happening all over the country right now. We also have actual US citizens, people who went through the naturalization process, are currently being threatened of being stripped of their citizenship and deported back to where they came from. That’s a new program that this administration is working on.

So yeah we have a very real problem here in the United States. And apparently the administration isn’t just satisfied enough deporting undocumented immigrants because now they’re actually going after legal US citizens. And every Trump voter in this country needs to understand that they are responsible for this.