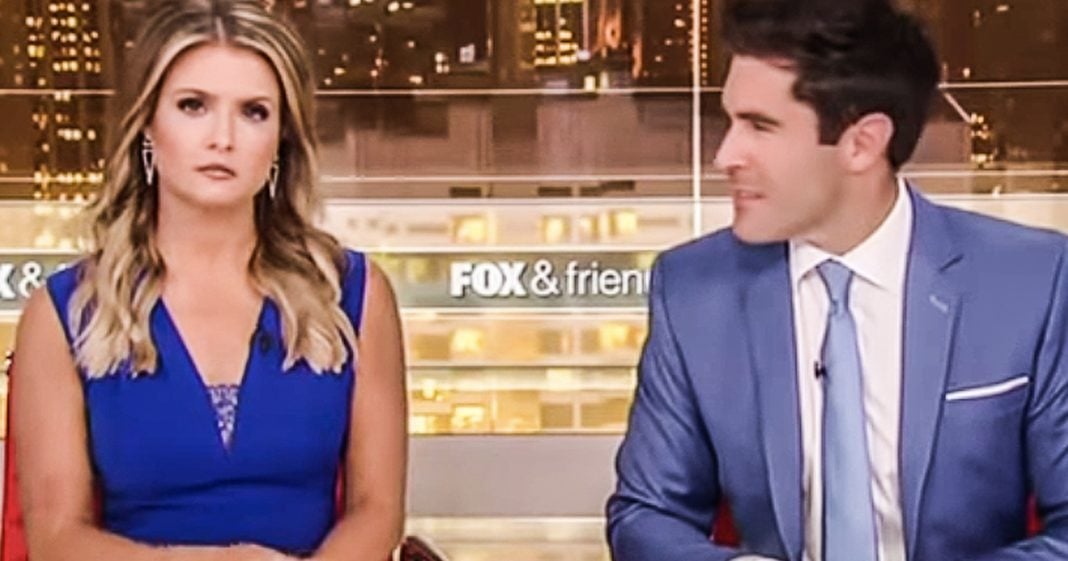 The hosts on Fox News aren’t known for being the brightest of the bunch, and recently when they thought they had booked a pro-ICE Democrat, they got the shock of their lives to find out that they booked the WRONG Democrat who wanted to talk about how horrible Trump is on immigration. They abruptly ended the segment in the most awkward way possible once they realized their mistake. Ring of Fire’s Farron Cousins discusses this.

Jillian Mele: And joining us now, that candidate, the only Democrat on stage to support ICE, Ann Kirkpatrick. Thank you for joining us. We appreciate it. Tell us why you do support ICE.

Barbara L’Italien: Good morning. I’m actually here to speak directly to Donald Trump. I feel that what’s happening at the border is wrong. I’m a mother of four, and I believe that separating kids from their parents is illegal and inhumane. I’m actually Barbara A. L’Italien, I’m a state senator representing a large immigrant community. I’m running for congress in Massachusets. I keep thinking about what we’re putting parents through. Imagining how terrifying that must be for those families. Imagining how it would know if I would ever see my kids again. We have to stop abducting children, and ripping them from their parents arms.

Barbara L’Italien: And stop making three year olds defend themselves in court. You have to stop-

Rob Schmitt: But that practice has stopped at this point Ms. Kirkpatrick. Right?

Barbara L’Italien: Score political points with your base.

Barbara L’Italien: Again, my name is Barbara A. L’Italien and I refuse to believe that our only options-

All right. Here’s the thing. The person they were trying to book is, a woman by the name of Ann Kirkpatrick, who about a month ago at a campaign event, said that she supports ICE the way it is right now, and that we do not need any additional oversight for it. Now, pretty much anybody who’s been paying attention to what’s happening with immigration understands that, that is categorically false. You can support it if you want to, but to say that they don’t even need any extra oversight. Yeah. You’re obviously pandering to centrist republicans at that point. Nobody on the left thinks they don’t need more oversight.

And that’s who Fox and Friends first thought they were getting for their program. But instead, do to, I don’t know if it’s producer error, if it’s host error in communications, either way, they were absolutely panicked, when the woman they brought on managed to actually get about a minutes worth of attacks on Donald Trump in. T

The funniest thing to me though, about that entire clip is, how at the end, they just cut her off. Didn’t even say goodbye or thank you. They realized somebody screwed up, so they cut her feed completely before they’d even taken her off the screen. And then, just that, “Yeah. Yeah. Well what, yeah, go to break. Why not.” Everybody got to see what idiots you were. You were not even prepared to be able to speak to this other woman. You could have rolled with it, you could have tried to make counter argument, but you were pulled off your game. You didn’t have a script ready in that teleprompter for something different, and your simple little minds couldn’t comprehend what you weren’t already coached to say.

That’s the biggest problem with that segment. Not that they accidentally booked the wrong Democrat, but that the people on the air at Fox News are so dumb, that they can’t even ad lib enough to get into a cogent, intelligent argument with somebody who disagrees with them.