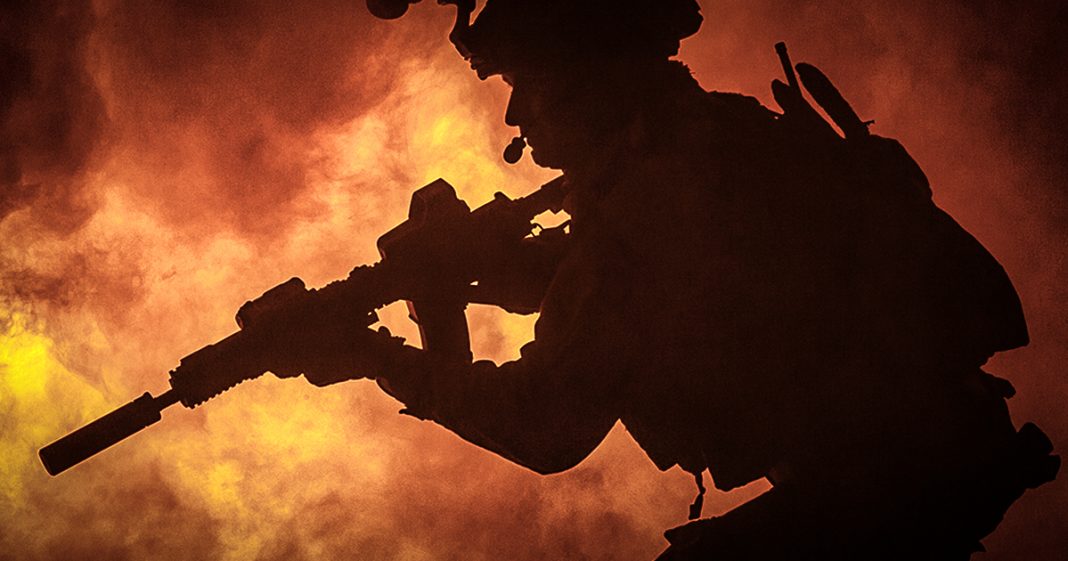 Defense contractors are hoping – along with the corporate media – that Trump’s careless Twitter attacks against foreign countries will lead to an all out war. This is where they make their money, and with the Pentagon’s budget rising, they want to get their hands on that cash, which explains why so few of those in the majority in DC refuse to stop this madman. Ring of Fire’s Farron Cousins discusses this.

So, I’m sure by this point everybody knows that on Monday, Donald Trump got on Twitter and he threatened Iran. Here is specifically what he Tweeted in case you didn’t see it, or haven’t seen one of the million stories about it. Here’s the tweet. “To Iranian President Rouhani. Never, ever threaten the United States again or you will suffer consequences, the likes of which few throughout history have ever suffered before. We are no longer a country that will stand for your demented words of violence and death. Be cautious.”

All right. So, here’s the thing. Obviously this is not the first time Donald Trump has gotten on Twitter and threatened another country. He did it with North Korea. He’s actually done it with Iran several times. Hell, he’s even making enemies of our allies. But that’s not as important as what’s happening with these threats that the President is issuing via Twitter. This man could likely tweet this country into a war. So, the bigger question is where in the hell are the Republicans in Congress on this issue? The answer is, sitting quietly by and praying that Donald Trump tweets this country into a war.

You see, Donald Trump is a loose cannon. Everybody knows that, that’s not a surprise. The fact that he tweeted this out should not have surprised anyone. The fact that he said it really shouldn’t have even scared anyone, because if we had a Congress that was properly functioning, they wouldn’t let anything like this happen. But the reason these people are being complicit, and there’s plenty on the left that are being complicit in this as well, is because of the money that they are taking in from the defense industry.

See, the defense industry has been happy for a few years. You know, they have had plenty of their little drone attacks. They are still selling planes and bombs to the federal government, but nothing quite like it was when it was booming during those Iraq war years, right? They were making tons of money, hand over fist. There were more federal contractors in Iraq than we had US troops. And they want back in on that.

So, when Donald Trump tweets something stupid, as he’s known to do, the question of why aren’t the rest of the people in the government standing up and saying, “Can you not tweet us into a war?” It’s because they want it because their corporate donors, their friends in the defense industry, are wanting them to shut the hell up, to see if we could start a new war for profit. CNN harps on this stuff all the time. Why? Because CNN is ready for another war. Donald Trump’s not wrong when he says that CNN is suffering in the ratings. They have been, though, for 15 years, except when there’s a war.

I mean, last week we had CNN hosts try to get their guests to declare the Russia had committed an act of war against the United States. They’re ready for it. And it all goes back to those defense contractors who spend big money on CNN, and CNN likes to push war more than any other corporate media network. So, they’re going to let Trump tweet these stupid things. They’re going to let him be belligerent and name-call global leaders because eventually something’s going to happen from this. And they know that whatever happens, it’s going to mean billions upon billions of more dollars, and they know the Pentagon just got a massive raise this year, and they want to get their hands on it. So, anything that happens from these tweets and from these complicit Republicans and Democrats is going to equal big bucks for those defense contractors.