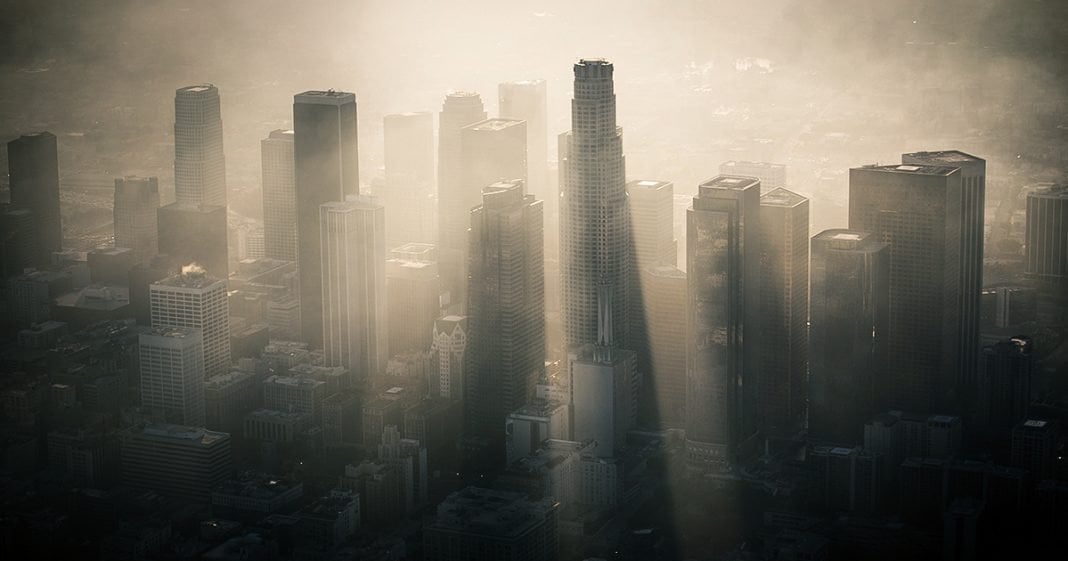 The Trump Administration has announced that they will be fighting the fuel efficiency standards put in place by the state of California. The state was trying to put limits on vehicle emissions and thereby create cleaner air in their state, and for some reason the thought of people breathing clean air doesn’t sit well with Donald Trump. Ring of Fire’s Farron Cousins discusses this.

In almost every fight that they have ever been in, the fossil fuel companies win. That’s just a very sad fact of life here in the United States. And recently, the Trump administration announced that they were going to go ahead and hand over another victory to the fossil fuel industry by telling California that they can no longer enact their own fuel emission standards, fuel economy standards, and their requirement that so many electric vehicles have to be sold in the state. California, they say, is going to have to comply with the national standards that we are going to put in place.

Oh, and by the way, those national standards actually include a repeal of the Obama era regulations that increased fuel economy standards, fuel emission standards for vehicles. And now California, according to the Trump administration has to play by those same horrible rules, which is going to lead to dirtier air in California. It’s going to lead to consumers using more gasoline, which is going to cost them more money, which is only going to increase the profits of the fossil fuel industry.

Here’s the thing, the Trump administration’s decision here to attack California and tell them they cannot enact their own standards, it makes no sense on any level at all. First and foremost, let’s talk about republicans always saying, “States’ rights, states’ rights. States can do whatever they want because they have states’ rights.” Well, okay, California did that and now you’re saying, “No, no, no, no. You have to play by the same rules as everybody else even though you’ve got a waiver from the federal government saying you could be better than the rest of us.”

And third and most importantly, it’s going to decrease the air quality in the state of California. Nobody benefits from that. That effects the rich and the poor alike, regardless of race, religion, sexual orientation, income level. We’re all effected by increased overall air pollution. Now that’s not saying that there’s not obviously a greater impact on the poorer communities or African American communities. There is, but that’s because real estate agents as we’ve reported are actually pushing them towards factory areas where the air pollution is 100 times worse than it is five blocks down the street.

But when we’re talking about an entire state where fuel efficiency standards go out the window, you are talking about an across the board, top to bottom, side to side increase in emissions that effects everyone. There is only one potential explanation for why the Trump administration wants to do this, and it’s because it’s going to increase the profits of the fossil fuel industry that doesn’t care if they’re poisoning people by putting more pollutants in the air. It doesn’t care how many gallons of oil spill into our waters or over our land. It doesn’t matter how much damage they cause because they understand that at this point they can get away with murder and nobody’s going to say a damn word to them, at least nobody from the federal government that could hold them accountable.