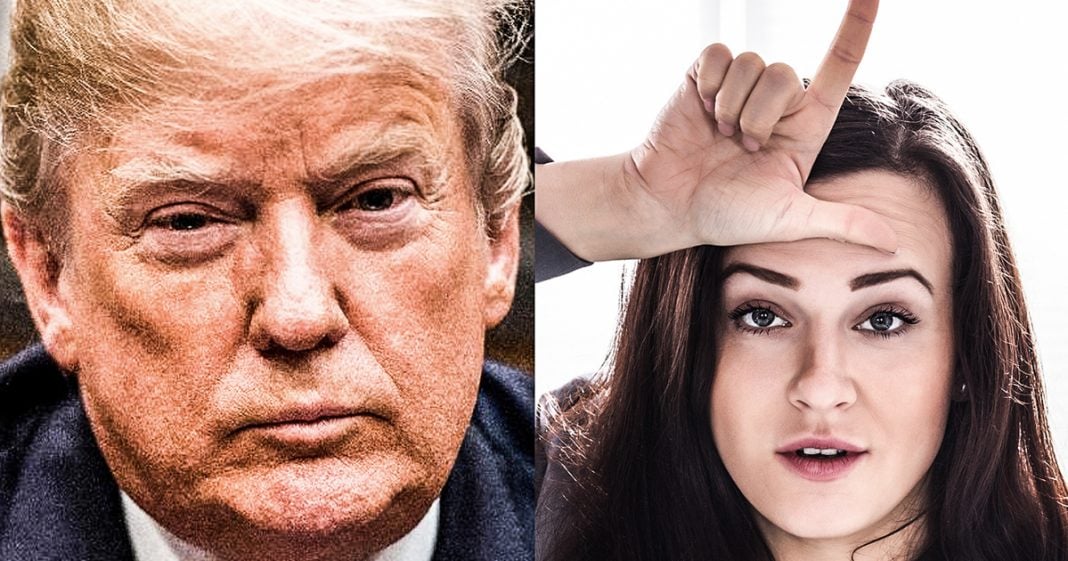 Reports have been circulating for months about Trump staffers being unable to find women in DC willing to date them, but now it seems like these Trump staffers have hit absolutely desperate levels. With Twitter users and average Trump supporters getting involved, these incels are now finding like-minded souls to whine to about their horrid dating fortunes, without ever once considering that politics isn’t the actual culprit here. Ring of Fire’s Farron Cousins discusses this.

Fox News is a little late to the game, here, as these reports have been out since at least February of this year. Nonetheless, this weekend, they decided to talk about the fact that nobody in DC wants to date staffers for Donald Trump. Fox News went out there, they spoke to people that work for Trump, former aids, current aids, people in the White House, but they actually focused more on the women, rather than the men, who’d been the focus all of the other reports on this issue.

These women, who work for Donald Trump, say that, “We basically had to start dating amongst ourselves. We have to stay within this White House pool of staffers if we want to find a date.” Why? They don’t like being lectured about how horrible of a person they are, because they support Donald Trump. That’s just inconvenient. They don’t want to have to sit there and defend their beliefs or justify them to another human being. They would rather date somebody that they know they don’t have to have an actual intellectual conversation with. It’s the same thing with the men, who work for Donald Trump, who’ve been whining about this for months now. Again, first report on this came out, I think, about February of this past ye- or 2018. They’re mad. They don’t want to have to tell people they work for Trump, because nobody wants to date them.

See, here’s the reality of it. If you’re a decent person, if you’re not horrid, if you’re kind and polite, and treat other people with respect regardless of who you work for, you’re going to be able to find a date. A job’s a job. There’re plenty of people in this country with horrid jobs, who have wonderful, healthy, relationships. Yet, these people want to blame the fact that their terrible human beings and can’t find another person willing to love them on the fact that they work for Trump. That’s a cop out.

It’s not because you work for Trump, it’s because you either believe in the horrible things that he says and does, or you’re just a horrible person straight up. That’s what it is. You can work for somebody who is awful. At the end of the day, a job’s a job, and people need to work, because they have to pay rent, and buy food, and do all kinds of other things to survive. Nobody’s going to hold it against you. If you take the horribleness of your job and put it into your private life, yeah, it’s going to cause problems amongst the people that you’re trying to date.

I’m sick and tired of hearing these whiny Trump staffers say that nobody want to date them, because they work for Trump. No. It’s because you’re a piece of crap and you don’t know how to treat other people with dignity, especially those that you’re hoping to start a romantic relationship with. Now, I find it ridiculous that I have to sit here and act a some kind of relationship therapist for these people, but that’s the reality here. F

ox News went on to say that it’s just not the people working directly for Donald Trump and his administration. No. It’s even the lobbyist, who have lobbied with this administration and have worked closely with him on issues. They can’t find dates either. That just shows you how ridiculous this argument is. Pretty soon, it’s going to stretch into, “Oh, well, I saw Donald Trump cross the street one time and now nobody wants to date me.” There’re a lot of things in this country that are bad, that we can blame on Donald Trump, but your ability to not find a date isn’t one of them.