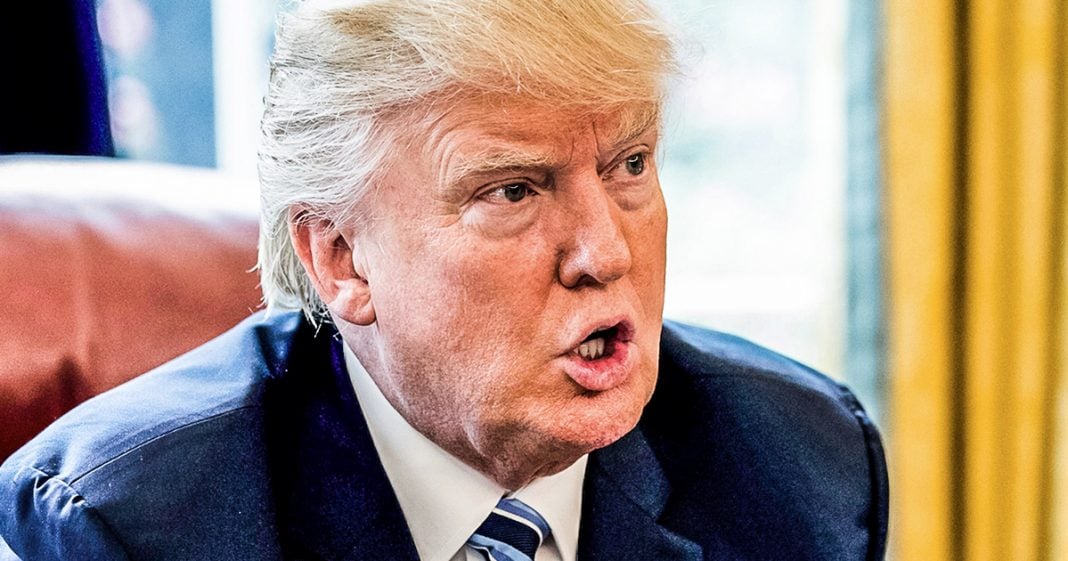 Trump just won’t let his dismal performance in Helsinki go, and new reports say that he was fuming at his staff members for allowing a reporter to ask him a hard question that led to his traitorous gaffe with Putin. This helps explain why Trump loves to call media outlets “fake news” – its because they can actually speak intelligibly, unlike the President. Ring of Fire’s Farron Cousins discusses this.

A new report from The Washington Post this past weekend said that Donald Trump was very upset about the fact that during his little press conference with Vladimir Putin last week after their closed-door private meeting, that a reporter from the Associated Press, Jonathan Lemire was called on to ask a question.

See, Donald Trump was upset about the fact that Lemire asked him a very tough question and was wondering why they wouldn’t instead call on somebody who would throw him a softball. In case you’re wondering, the question that this AP reporter asked was this, “With the whole world watching, will you tell President Putin that you denounce what happened in 2016 and would you warn him to never do it again?”

See, that’s the question that ended up getting Donald Trump in a lot of trouble last week. That’s where he said, oh, no, he said he didn’t do it so I trust him. Our intelligence agencies, they’re awful. They’re horrible people. They’re partisan. They’re biased. They’re whatever. I trust Putin over these people. And Donald Trump was mad, not because of his response to it, but because it was a very hard question for him to ask.

Why? Because he is a complete coward. And, no, there is no equivalency between what Fox News is calling, like, oh, did they want him to shoot him on stage? Did they want a fistfight to break out? No. But you can still be tough. You can be diplomatic, but strong. That’s something that Fox News doesn’t understand because they haven’t had a good Republican diplomat in decades.

It’s possible to do. Barack Obama did it. Donald Trump could do it if he wasn’t such an incompetent bullish jackass. But nonetheless, he’s mad at the reporter because they made a reporter who was not going to throw Trump softballs ask a question.

And that gives us a little more info about why Donald Trump is always railing about the fake news. It’s not that it’s fake, it’s that it’s not pleasant to him. He doesn’t quite understand it and it’s not fawning all over him. That’s the kind of media that this man hates and that’s the kind of media that Donald Trump, regardless of how true it actually is, will always refer to as fake news.