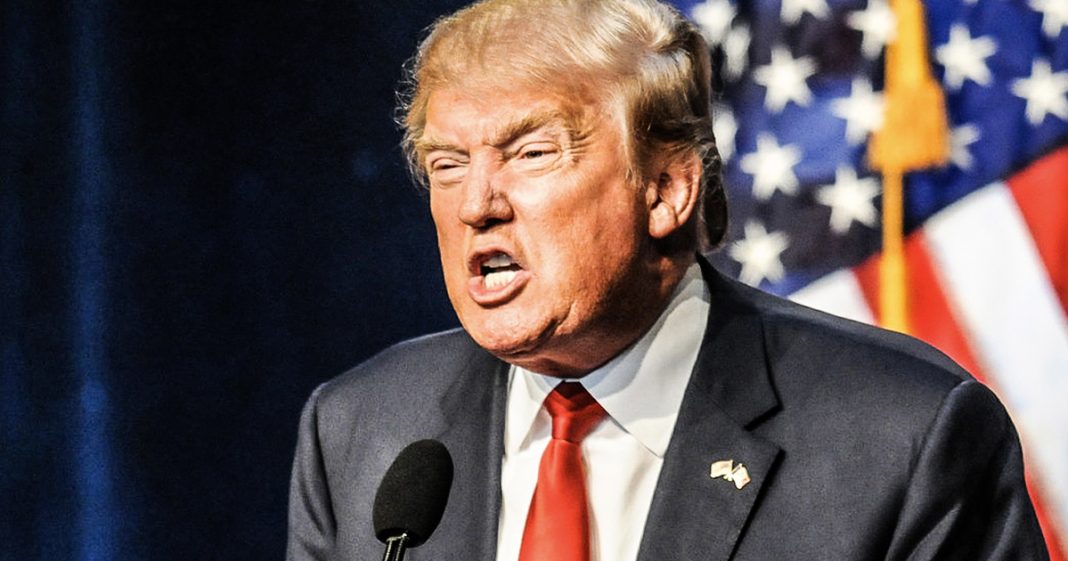 The news surrounding Donald Trump’s multiple investigations hasn’t been kind to the President in the last few weeks, and when news broke on Friday that Michael Cohen had tapes of his conversations with Trump, the President made the dangerous decision to attack Cohen on Twitter. He claims he was mad about the tapes, but the attacks also happen to coincide with a report that says that Cohen is now questioning whether or not Trump is fit to serve as President. Ring of Fire’s Farron Cousins discusses this.

So by now, everybody knows that on Friday, tapes basically were released of Donald Trump and Michael Cohen discussing a payoff to former Playboy playmate Karen McDougal.

Now, Michael Cohen recorded that conversation. It was submitted in the upcoming trial that he’s facing. His team had marked it as privileged content. Now, all of that is important. Now, there’s more to that story. But I have to interject with what Donald Trump did this weekend.

Donald Trump woke up early Saturday morning more pissed off than usual and he took to Twitter, which started about a three-day Twitter rage that still continues to this very moment. But he tweeted out the following here, he said:

The good news is that your favorite president did nothing wrong. Now, forget the fact that yeah, it’s totally legal and completely heard of for the FBI to raid somebody’s office, but let’s go to the part about Cohen here, the even more inconceivable that a lawyer would tape a client, totally unheard of and perhaps illegal.

It’s actually not illegal. In the state of New York, as long as one party knows that they are recording, they do not have to alert the other party. Seems odd, but that’s the law. So, Cohen was acting under full protection of the law by doing this. But Donald Trump is out there raging about Cohen doing something potentially illegal. And I don’t think Donald Trump understands this, but when there’s basically one guy who knows every dirty thing that you’ve done for the last 25 years, probably not a good idea to accuse that person of doing something illegal.

Because as we all know, Michael Cohen right now is currently debating whether or not to flip on Donald Trump and if Trump thinks the best course of action is to attack this man on Twitter, then I can promise you the only person this is going to end badly for is Donald Trump himself.

But I think there’s more to it. Because on Friday, a report from Axios came out saying that Michael Cohen, amongst his friends and in private, was questioning whether or not Donald Trump was even fit to be the president of the United States. He also, earlier in the week, had given an interview where he spoke with George Stephanopoulos, and said that his loyalty, Cohen’s loyalty is to his country. Which was a strong implication that Donald Trump was not loyal to America following his meeting with Vladimir Putin in Helsinki.

So Trump had many reasons to be unhappy with Michael Cohen, and this whole drama is only going to get worse. As I mentioned, there’s a little bit more to the story about why Trump’s outrage here is phony. We’re gonna cover that a little bit later today. But nonetheless, Trump needs to understand Michael Cohen is probably one of the few people in this country that knows for certain whether or not Donald Trump has broken the law at any point in the last 30 years.

And he is the one who right now is having to make the very tough decision about whether or not to take those secrets with him to the grave, or hand them over to prosecutors and end this disaster of a presidency.