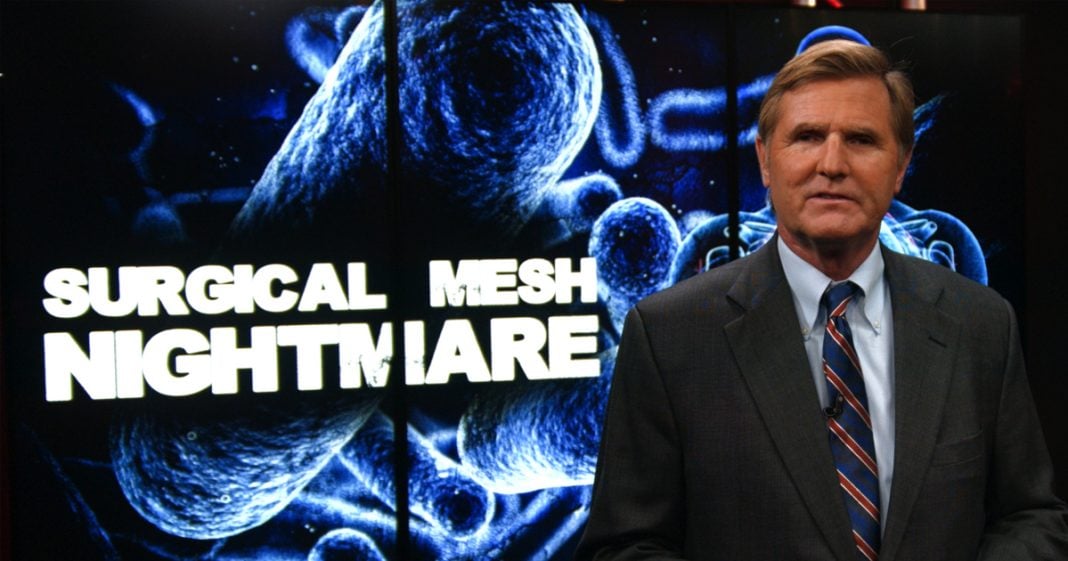 Each year hundreds of thousands of hernia surgeries are performed in the United States and many years ago, a product came out to the market called the “Kugel Mesh Patch.” That hernia patch was a horrific product that was made of a plastic chemical polymer and had a ring around the patch that would break and dislodge in a patient’s skin, abdomen, or intestines. America’s Lawyer Mike Papantonio talks about medical device companies that continue to produce experimental medical devices.

Electing to have surgery is not a decision that most people take lightly because they understand how risky any procedure can be. Medical errors are one of the leading causes of preventable deaths in the United States, and most of those occur on the surgical side. On top of that, there are complications that can arise from anesthesia, the possibility of infections, and even the amount of pain that patients have to suffer when they go through a surgical procedure. But in some cases, surgery is the only option, and that’s the case with most hernias.

Each year hundreds of thousands of hernia surgeries are performed in the United States. There are numerous types of hernias, but the two most common hernias are ventral hernias and inguinal hernias. A ventral hernia is a bulge that occurs at an abdominal wall muscle; and an inguinal hernia is a hernia near the groin.
Many years ago, a product came out to the market called the “Kugel Mesh Patch.” That hernia patch was a horrific product that was made of a plastic chemical polymer and had a ring around the patch that would break and dislodge in a patient’s skin, abdomen, or intestines. People suffered debilitating injuries and even died from this product. Turns out that was only the tip of the iceberg.

Since the Kugel Mesh days, medical device companies have continued to produce devices that supposedly have “innovative” technologies in them that are nothing more than marketing ploys that involve little to no science and a whole lot of experimental medicine and marketing. Thanks to the FDA’s medical device clearance process, which is totally inadequate, these devices don’t have to be independently verified as to their safety. For example, a company called Atrium released a product called C-QUR mesh. The C-QUR mesh was a mesh patch that was coated with Omega 3 acids. Basically fish oil goo is the best way to describe it.

This “goo” causes severe reactions inside the human body and leads to infections, adhesions, and can even cause a person to die. On top of that – not only does the product employ a bogus design, but the company itself has been in trouble with the FDA for contamination issues surrounding the way it handles these products. Then, Ethicon, a subsidiary of Johnson & Johnson, that’s always in the news for defective products these days, they make a product called Physiomesh that uses a chemical coating on top of its mesh. This chemical coating was touted to doctors as something that would help surgical wounds heal better. Turns out that it did just the opposite. It caused healing problems and increased infections.

The problems got so bad that they issued an Urgent Field Safety Notice voluntary recall in May of 2016. The reason that the company issued this recall is because their mesh products were causing an array of problems, which included the mesh beginning to bind with other internal organs, or the mesh falling apart causing the hernia to reopen and the patient being forced to have corrective surgery. In fact, these negative side effects became so severe that a clinical study on the product was actually terminated early because it was so dangerous.

We cover stories like this every week on America’s Lawyer where we tell you stories that corporate media can’t tell you because their advertisers won’t allow them to do that. Follow me on “America’s Lawyer.”