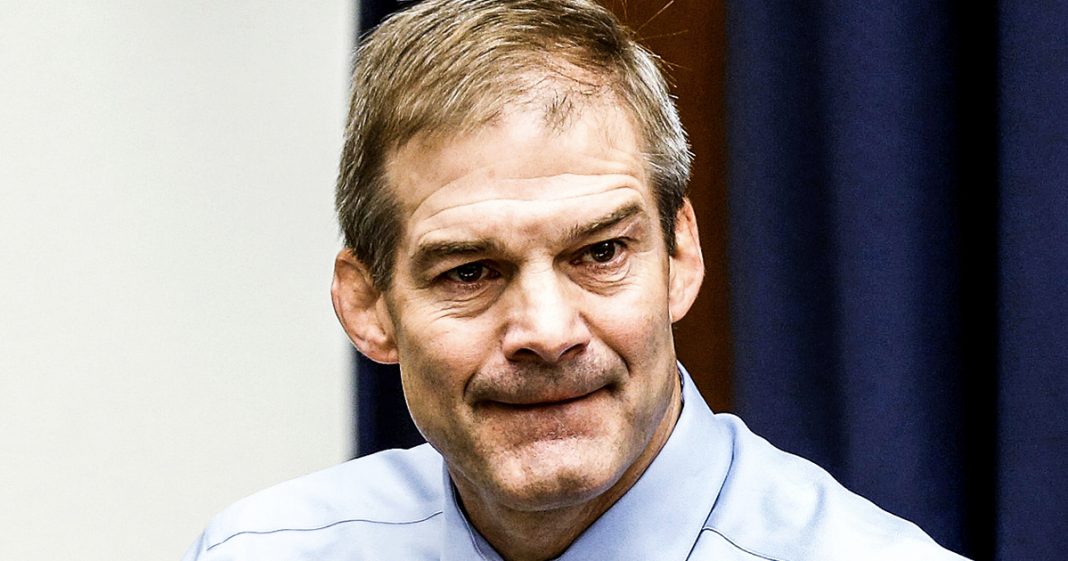 The problems for Republican rising star Jim Jordan keep mounting, as he has now been named in a lawsuit filed by former athletes at Ohio State University who allege that Jordan knew and failed to act on the sexual assault that was taking place at the hands of the wrestling team doctor. Lawsuits like this are picking up steam all over the country as those who fail to act when they learn about sexual assault are being held liable for their inaction, and Jim Jordan will be lucky if his career can survive at this point. Ring of Fire’s Farron Cousins discusses this.

The one bright spot of the entire world right now being focused on Donald Trump and Russia is that it has allowed everyone to forget about the fact that Republican Tea Party darling Jim Jordan has been accused of ignoring claims of sexual assault while he was a coach of wrestling at Ohio State University for seven years. And in the hoopla and the media circus of this week, because the media’s incapable of covering more than one thing, they completely missed the fact that Jim Jordan has now been named in a new civil lawsuit being brought by former athletes at Ohio State University, because they completely ignored their claims of sexual assault. Jim Jordan is specifically named in this lawsuit.

Rolling Stone did a phenomenal job of laying out what’s happening right here, but let me take a second to say something:

I predicted this. The first time, the very first time we heard these allegations come out, I said Jim Jordan would be named in the civil suits that would soon be coming. Why did I know that would happen? Because it’s been happening all over the country for about a year now. We have seen these civil lawsuits popping up at other colleges, and universities, and other USA gymnastics type things with Larry Nassar.

It’s not enough to just take out the person doing the abuse. And in the case of Ohio State, the man who did the abuse has been dead for about 13 years, I think. But that doesn’t absolve everyone of liability, and that’s what these civil suits are all about. You can take out the harasser, the assaulter, put them in prison, but what about everybody else who knew? Because you cannot engage in this kind of behavior, this serial molestation that has taken place at many colleges including Ohio State, without other people being complicit and being silent. And that’s what happened at Ohio State University, and that’s why Jim Jordan is being named in this lawsuit.

This is a very, very big deal. Because not only is it going to allow people to depose Jim Jordan to compare his testimony to the testimony of the wrestlers, but also to help these people who went through this traumatic experience possibly get a little closure. These civil suits aren’t about the money; it’s about holding people accountable and trying to right the wrongs of the past. And Jim Jordan, who has done a phenomenal job of trying to escape it so far, cannot continue to do so.

The civil suits should and hopefully will be the end of Jim Jordan’s political career, once we get the real word out there about what, or how big, I should say, of a scumbag this guy truly is.