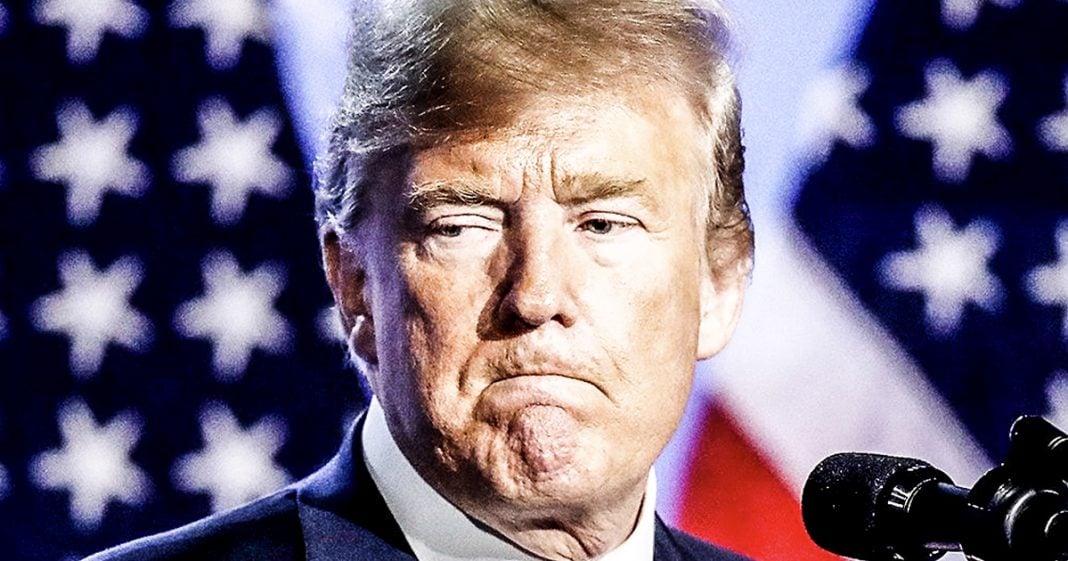 Donald Trump says that not only is he a great patriot, but he’s also a great businessman. Well, the way that his businesses are run actually proves that BOTH of those statements are untrue. According to Trump’s business records, his properties continuously keep “forgetting” to pay their property taxes at nearly all of the Trump-branded properties in the USA. Ring of Fire’s Farron Cousins explains what this means for both the companies and for Trump himself.

It appears that the Donald Trump Corporation, Trump Organization, whatever you want to call it, Donald Trump’s businesses seem to have a very real problem paying their taxes on time. In the last year, the Trump Organization has been forced to pay over $61,000 in late fees and missed discounts because they just keep filing their taxes, or excuse me, paying their taxes too late. Now here’s what’s interesting about this story. This comes from the Washington Post, and they point out that most organizations, most big companies like the Trump Organization, they actually use automated software to let them know when these bills are due, so they know it’s coming up. It’s a fixed amount. It’s the same time every year, so there’s absolutely no excuse as to why these bills aren’t being paid.

Yet according to government records and local records, they’re not being paid on time, resulting in massive fines for the Trump Organization on their golf courses, on Mar-a-Lago, on other properties, properties in Chicago, properties in New York. They just can’t seem to get their shit together enough to pay their taxes on time, a move, by the way, that would put any average citizen in this country in jail. That’s what happens to us when we don’t pay our taxes. Donald Trump and them just get fined a little bit. They pay it, because they’ve got the money, and they move on. But that’s not the only interesting part of the story.

The interesting part of the story is that they pointed out that actually before Trump became president, the company was really good about paying their taxes. They didn’t miss deadlines except maybe a handful of times, and there was always a good reason for it at the time, but now, in the last 12 months, what happened? He put Eric and Don Jr. in charge and now at most of their US-owned properties they’re not able to pay their taxes on time. It gets even more interesting when you listen to the statement from a Trump Organization spokesperson who says, “We have always paid our real estate taxes on a timely basis, and to say otherwise is totally disingenuous.” Yeah, government records prove you wrong. So does everybody who associates themself with Donald Trump have to be a liar? Like is that a prerequisite to get a job in that organization?

But more importantly, how stupid are those two Trump boys that they can’t even pay taxes on time when they have armies of staff members running the business for them? That is how incompetent these two morons, Eric and Donnie Jr., are. I mean, these are bills that come at the same time every year, same amount. You know the amount, because they usually let you know what it’s going to be for the following year when you pay a property tax, and you’re still so incompetent that you can’t even get it done. What this tells me is that when Donald Trump himself is no longer able to be involved in his businesses as he is right now as he’s president, but perhaps when he goes into the great beyond, I firmly predict that within five to 10 years after that, the entire Trump Organization is going to collapse. We’ve already seen what’s happening to them with just one year of Eric and Donald Jr. running it. I don’t think it’s going to survive much longer when those two idiots have complete control.