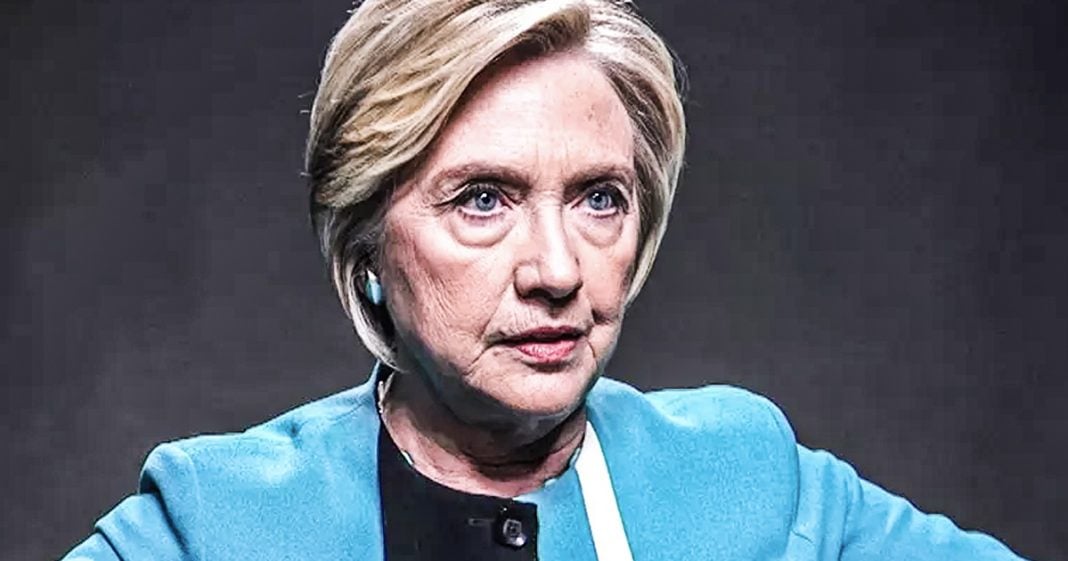 There are far too many conservatives and sadly too many liberals and progressives who keep telling us that the FBI was never able to get their hands on those DNC servers. Trump repeats this line every chance he gets. And it’s a great way to paint the DNC as some dark, shadowy group operating outside of the law, but the problem is that there’s no truth to those claims. The FBI got their hands on everything that they wanted and the DNC cooperated in full, as Ring of Fire’s Farron Cousins explains.

Well, here’s the thing about that talking point. Yeah, it’s a great way to make the DNC look like this shadowy evil organization that thinks it’s above the law, but it’s also completely not true. There is no truth whatsoever to the claim being made by the President, the Republicans, Fox News, and some Progressives that the DNC did not hand over their information to the FBI because they absolutely did.

Now, before I explain what actually happened. Let me go ahead and say this. I am not a DNC supporter. I don’t think the DNC is a great organization. I’m not some kind of apologist for them. I don’t like them. But you know what I also don’t like? The thing I don’t like more than I don’t like the DNC is idiots out there in this country spreading already debunked talking points like a bunch of morons because that’s what’s happening. And I’m sorry, but it pisses me off because it literally takes about 30 seconds out of your life to do a quick fact check on this to understand what actually happened, and yet we have too many, including those in the Progressive community, who refuse to do that.

And those that have refused to do that, those that repeat the talking point about the DNC server are no better than the Republicans, and I have no respect for them at all. Done. End of story. So let me tell you what actually happened to the DNC server. As it turns out, when the FBI is investigating any kind of cyber crime, they don’t swoop in and grab servers and computers and take them away. No. Why? Because they’re not looking for fingerprints or other DNA evidence on the actual machines. If they are looking for those things, they do take the machines themselves.

Most of the time, not all, but most of the time, they go in and they make what’s called a copy. Imaging. It’s an image. It’s a carbon copy of that entire system, be it a server, or a computer, whatever kind of electronic device they need to do. They go in there, make an exact copy, and then they have full access to everything that happened. That is how they track hackers. That is how they track cyber criminals. That’s what they do.

And that is exactly what happened in the case of the alleged DNC servers. When considering the fact most of the servers were actually cloud-based, so there’s literally no way the FBI could have grabbed something that doesn’t technically, physically exist. So they had a group called CrowdStrike go in, image all the computers and the few servers that were physically there, and those were turned over to the FBI.

Now, according to James Comey, who was the FBI director at the time, he said that this was an absolute comparable substitution. They had no problem with it. He said yeah, he would have liked to have gotten the actual computers, but there never actually was a demand for that. The FBI did not order them to be turned over. They got what they needed and they moved on. They did their investigation. That’s what happened. That’s the story. You want to read a little bit more about it, you can check out the link in the description of this video. But for the love of God, move on from the DNC servers.

Again, I hate that I am forced to actually sit here and almost defend the DNC after their absolutely disgusting behavior in 2016 and probably even long before that. I don’t support that at all, and that pisses me off. But I am sick and tired of seeing people who I once respected go out there and repeat these false talking points because they didn’t bother to spend 30 seconds of their life doing a little bit of fact checking. Nothing makes me angrier than that. It’s willful ignorance on behalf of these people. The Republicans are doing it to make the Democrats look bad. The Progressives who are doing it are doing it because they’re too lazy to go read an article.