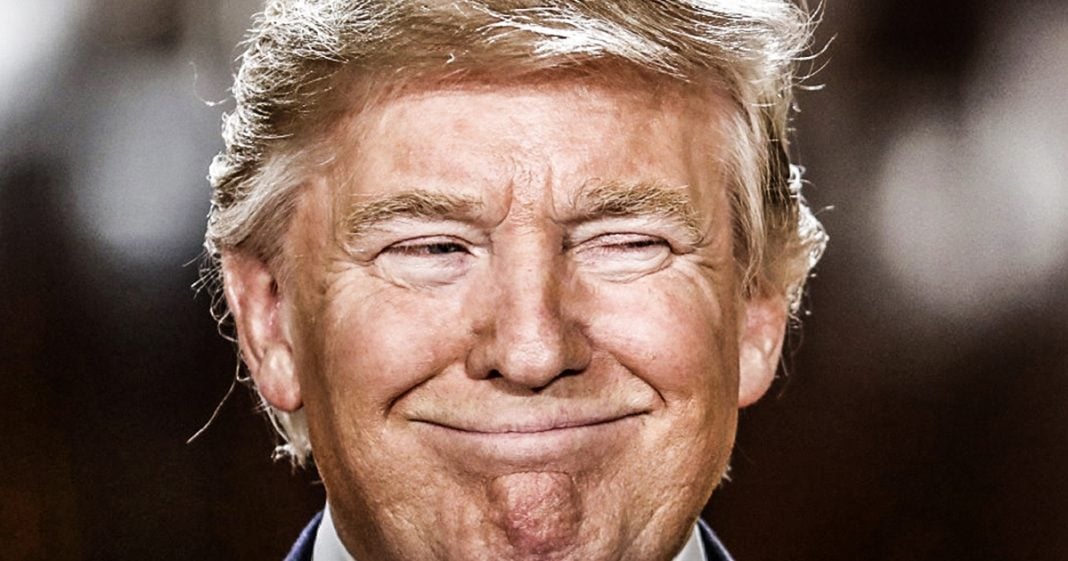 The Trump administration is using “alternative facts” in order to spin poverty in America, and this week they declared that we’ve officially ended poverty in the United States. That news likely comes as a surprise to the 12.7% of Americans living in poverty. But now that they’ve “ended” poverty, the administration is telling us that we should start cutting food stamp programs and other social safety net programs because people just don’t need them anymore. Ring of Fire’s Farron Cousins explains how this is party of a diversion in order to secure money to pay for those massive tax giveaways to the wealthy elite.

Great news, everybody. In fact, this is wonderful news for the United States. We have officially, according to the Trump administration, won the war on poverty. It’s over. We did it. Everybody pack up your things, go home, the war on poverty is over. We can finally go see our kids again, return home to normal lives because we don’t have to worry about poverty here in the United States.

According to the administration, the poverty rate here in the United States has actually dropped to 3%, 3%. So, it still exists but it’s not enough to bother fighting anymore. And hey, because it’s so low, Republicans are saying now, including the Trump administration, “We probably need to go ahead and cut things like food stamps and Medicaid and housing assistance funding, because the poor people in this country are doing so well. So we can just take that safety net away. Let’s get that pesky old thing out of there.”

First and foremost ladies and gentlemen, the poverty rate in the United States is not 3%, it is 12.7%. What the administration did was they looked at the purchases of people living in poverty rather than their actual income. And most of those purchases for things like food or housing, those actually came from government assistance programs. It’s not money that they make from their job, it’s money that they have to get from the government because their job doesn’t pay enough.

So, yeah. This whole thing is ridiculous because the administration is trying to manipulate math itself in order to tell us that poverty is gone and we have to cut the social safety net programs. They did the same thing just a couple of weeks ago at the U.N., when the U.N. said, “Hey, you’ve got about 18 million people in your country living in not, just poverty, but extreme poverty.” The administration said, “No, we don’t we’ve got less than 250,000, so it doesn’t even exist here.”

But they did the same thing, they looked at whether or not these people were able to spend money which they are to an extent, not how much they bring in. That is an incorrect measure of poverty. And to be honest, governments use this measure all the time because it makes the number look lower than what it actually is so that they don’t have to address the problem. But here it’s a little bit more sinister. Because this is being done to cut the social safety nets. Now this has been a wet dream of Paul Ryan for years and years and years, and he’s only got a few more months left in office and he’ll be damned if he is not going to try to cut food stamps, Medicaid and housing assistance for the poor before he leaves office. And that is why they’re trying to feed us these bogus numbers and telling us that the war on poverty was a success and that we won.

No. We didn’t win. Poverty is still winning. And turning your back on the problem, and most importantly cutting the social safety net which accounts for most of the spending of these people, is going to send that number skyrocketing. More importantly it’s also going to send people to an early grave if you take Medicaid away from them. If you take food stamps away from them so that they can’t even feed themselves or their family. People will die and they’re going to die because this administration and Paul Ryan are so obsessed with lying that they would rather have people in the grave than admit that we still have a very real, very serious poverty problem here in the United States.