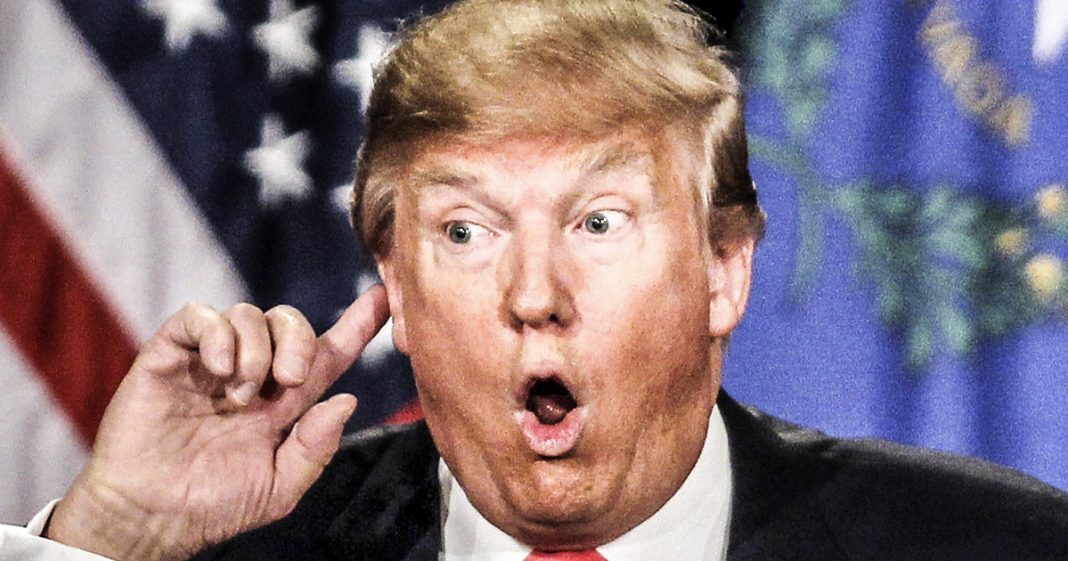 Republicans in Washington, D.C. have already started to mellow out from the shock that Trump delivered to this country on Monday during his summit with Vladimir Putin. And once that anger dissipates, we can rest assured that these Republicans, including some of the most outspoken critics like Jeff Flake and John McCain, will do absolutely nothing to hold Trump accountable, because they’ve failed at every possible opportunity to do so. Ring of Fire’s Farron Cousins discusses this.

What’s really been interesting following Donald Trump’s appearance in Helsinki with Vladimir Putin has been the response from so many Republicans here in the United States, I mean members of the Republican Party who are former intelligence officials, former directors of investigative bodies, and even current sitting members of the House and Senate. They have all talked a phenomenal game about how disgusting Donald Trump’s appearance was, how it shows that he doesn’t care about the United States and he sides with Russia. Some of them have called it treasonous. One of them from Texas has even said “We should impeach him now.”

Here’s the problem with all of that, it’s just talk. None of these Republicans, including the very outspoken ones like Jeff Flake, are going to do anything about what Trump has done. Jeff Flake alone, there have been 16 different issues where he has come out and attacked the President for his stance on it, said “Trump is wrong about this. He’s an idiot. Blah, blah, blah,” but then he voted for it anyway. Jeff Flake has almost consistently, more than any other Republican, been a Donald Trump supporter when it comes time to actually take action on something. He’s voted with him 80% of the time. 80% of the time that Trump needs a Republican, he can count on Jeff Flake.

Same goes for John McCain, who has an even higher percentage of voting along the lines with Trump, but John McCain also spoke a big game about Donald Trump being a traitor following these remarks in Helsinki, and Trump is. Let’s make no mistake. He was absolutely appearing as a Russian asset when he was standing on that stage. But the problem is that we have a Republican Party that controls every other branch of government and a majority of the state governments in this country that likes to get on Twitter and talk tough and act like “I’m going to something. Let me tweet this out. I’m going to get 10,000 likes and people are going to love me again.”

They won’t do anything, and we have to stop pretending that these spineless, sycophant Republicans are ever going to do anything to stand up to Donald Trump. I mean, even the people like Ted Cruz and Marco Rubio, right, who didn’t necessarily agree with what the President did in Helsinki, and even though Trump insulted them mercilessly throughout the Republican primary, insulted their families in the case of Ted Cruz, they still don’t have the courage to stand up to him and what’s necessary to protect this country.

They are all, all, A-L-L, every single one of them, cowards. Republicans in the United States have no spines to speak of, and fair is fair, right? Most Democrats don’t either. They really don’t. You know, Pelosi’s out there tweeting about this too. Okay. Well, what have you done? Oh, you signed on to somebody else’s initiative to get the interpreter from Helsinki to come over? Well, that’s great for you, but you’re the leader. Shouldn’t you be proposing this kind of thing? You can’t leave it to people like Ted Lieu.

Elizabeth Warren and Bernie Sanders and Sheldon Whitehouse, all of those people can’t be carrying all the water for the party because Ted Lieu, who happens to be my favorite member of the House of Representatives now, I love him, is not just talking a big game on Twitter. He is following it up. You can see it in the videos of his speeches and his questioning during hearings in the House of Representatives. He is the hero that has emerged through all of this, but where’s the rest of the Democrats? They’re over there hiding with the Republicans. They’re not speaking up enough, and in the case of the ones who are speaking up, they’re not always following through with action.

It’s hard to find a savior at this point. It’s hard to really pinpoint somebody who’s doing what is supposed to be done right now, and it’s because we have so many Republicans who dominate the news media, saying “I disagree with Trump. I disagree with Trump. I disagree with Trump,” and then making sure that they vote for every single thing that this man wants, that they block Democratic initiatives to bring in the interpreter from Helsinki or to reign in Trump’s power to impose tariffs. Republicans have voted against those things. They voted against the Helsinki interpreter summons or whatever today. Today, they did that. They’re never going to stand up for us, and the Democrats need to understand that if they do stand up for us we’ve got their back. But if they cower and run like the rest of Republicans, they can kiss their chances of reelection goodbye.