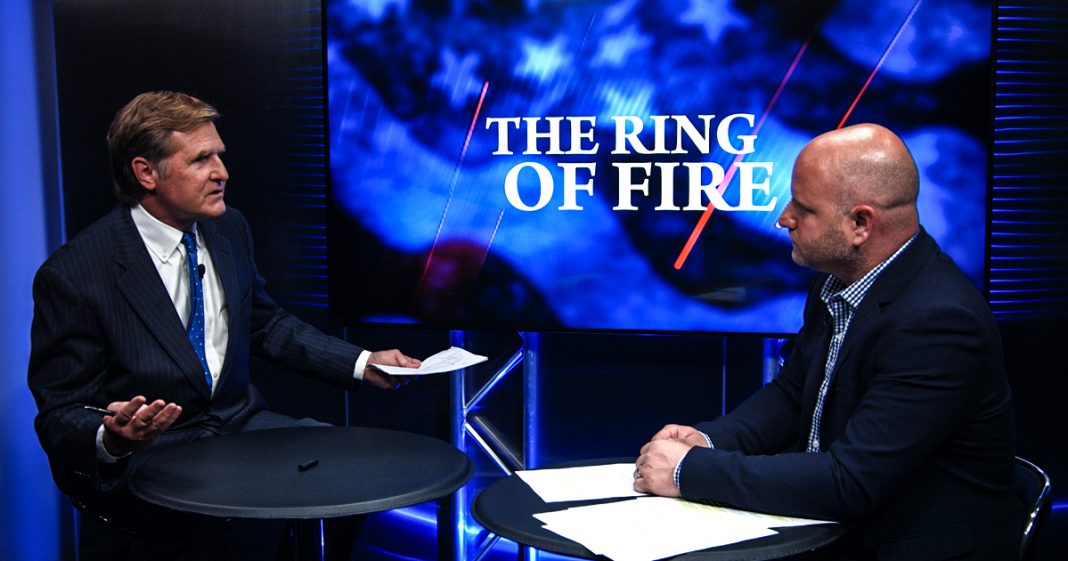 Former Obama era Treasury Secretary Tim Geithner has found a new job. His job, no surprise, is ripping off poor people for a profit. Ring of Fire’s Mike Papantonio and Farron Cousins discuss this.

Mike Papantonio: Former Obama era Treasury Secretary Tim Geithner has found a new job. His job, no surprise, is ripping off poor people for a profit. Well, we’ve always known this about Geithner. He comes up through the ranks of Bill Clinton. He’s Bill Clinton’s boy. I can’t count the number of pictures with big Bill and his arm around his little Tim Geithner.

And so all of a sudden we learn exactly what we knew about the guy. He was all about Wall Street the entire time he’s working with Obama, the entire time he’s working with Clinton. And now he has this job. And the job is to figure out how we can extract as much money as possible from poor people. It’s basically a weekend lending kind of program isn’t it?

Farron Cousins: It is. This Mariner Finance that he’s running, it’s part of his Warburg Pincus group that he’s the president of. But what it is, Mariner Finance is essentially pay day lenders in a suit and tie. Your average payday lender, if you see those buildings, they’re not very clean, they’re not very nice looking. But Mariner comes then, and they’re dressed in suits, they look like a bank.

Farron Cousins: But it’s the same horrible 30, 40, 50% interest rate. But unlike the payday lenders who usually top out at about a $1000, they’ll give you a lot more than that. And then they will immediately sue you-

Mike Papantonio: Okay. And back then, do you remember we were beating on Geithner?

Mike Papantonio: And we said, this is becoming the face of the Democratic party. And we said back then, “If they keep this up, they’re gonna have nothing in common with America’s voters. Nothing.” So now … Okay, where are we? Now it’s almost like they’ve given up.

“Okay, we’re gonna be who we’ve always been.” So Tim Geithner goes to work with these thugs. They are corporate thugs. They don’t look like thugs, they don’t … You know, they say, “Well you know, in a hoodie, that’s a thug. But we’re in a suit. We’re not thugs.”

Tim Geithner is a thug, and has always been a thug. He’s always been on the side of Wall Street, always from day one. And it’s like every time you talked about him, remember the emails we used to get?

Mike Papantonio: “How dare you talk about little Tim Geithner.” Who was the other guy? Geithner and …

Mike Papantonio: Summers. Yeah, okay. So Geithner and Summers were like Twiddly-dee and Twiddly-dumb working for Wall Street. Summers is working for Wall Street now. There’s no surprises here, man. But I guess what’s agonizing to me is when we used to talk about this, they’d say, “Oh, no. You’re making this guy look worse than he is.”

Farron Cousins: And we have to … And even though we know he’s bad, you still have to. You have to be positive, because-

Mike Papantonio: Because he’s a Democrat.

Farron Cousins: We got those messages constantly. That is not an exaggeration. People would tell us, “Yes, everything you’re saying is true. But stop saying it, because it makes him look bad.”

Mike Papantonio: Leave the Democratic party or get it straight. That’s my message. Leave the damn party, or get it straight. Right now unfortunately between republic and democrat, it’s slightly the best selection, but it ain’t much of a selection. There’s no differences here. This guy is much a republican as he was back when he was with the Obama administration.

Farron Cousins: Right. And you know, one of the exceptionally ugly things that this Mariner Finance is doing under Tim Geithner’s leadership is, they’re actually openly soliciting-

Farron Cousins: … people to come in and take out these massively inflated loans. And that is something even the payday lenders don’t do. This should be criminal.

A recent Janice decision by the Supreme Court is expect to weaken labor unions even further if you can imagine that. And it may end up destroying unions altogether. Okay. How long we’ve been doing this? 14 years?

Mike Papantonio: You and I been doing this 14 years. 14 years ago, we had 25% of the market was labor. I mean, labor market was about 25% of the work. Could’ve been a little less.

Mike Papantonio: Since we’ve been doing this, you had just come out of college I recall.

Mike Papantonio: And since we’ve been doing this, it’s down to less than 11%.

Farron Cousins: I think actually the latest number I saw was about 9%.

Farron Cousins: We dropped down to nine.

Mike Papantonio: Okay. So how does this … This is like gasoline on a fire. What does it do?

Farron Cousins: It basically … This decision says that money is free speech, as we hear too many times. But if your union is engaged in any kind of of political activity, even if it’s only 1% of what they do versus 99% fighting for you, mister worker, you don’t have to pay to be a part of it anymore. You can still have all of the protections of the union and all the benefits, but because you disagree with their politics, you don’t have to pay union dues anymore, and they’re legally required to represent you and fight for you every day.

And to be honest, unions were already doing that. They weren’t just fighting for the people who were in that union, they fought for everybody. There is an average of 40% increase in all industries in an area, if only one company unionized 40% across the board.

Mike Papantonio: A 40% increase in wages?

Farron Cousins: In wages and benefits.

Farron Cousins: In companies that weren’t even related to one that unionized.

Mike Papantonio: So what this does, this does what? Unions have always worried about, this invites all the freeloaders.

Mike Papantonio: Okay. This invites the freeloaders who say, “Yeah, I don’t wanna pay that money.” It takes money to address politics. These people who say, you know, they care about these issues. But they’re not gonna give up money. They wanna sit on the sidelines. They may actually be union people that don’t wanna give … There may be non-union people that are benefiting. They’re not gonna give.

So all of a sudden, I’ll tell you what, there’s a problem here is the DNC. ‘Cause the DNC has dropped the ball totally for unions. To me I’m always amazed unions keep going back to them. This right now has the potential to really cause big harm to the DNC. Because there’s not gonna be as much money there.

Farron Cousins: And this was Anthony Kennedy, you know that great moderate-

Farron Cousins: … this was his last gift to America before giving us all the middle finger and saying, “I’m out. I got mine.”

Mike Papantonio: The swing voter. Who I guess, and again, in fantasy land, Democrat fantasy land he was gonna help us. I’m Mike Papantonio. Here with Farron Cousins. You’re watching Ring of Fire. We’ll be right back.