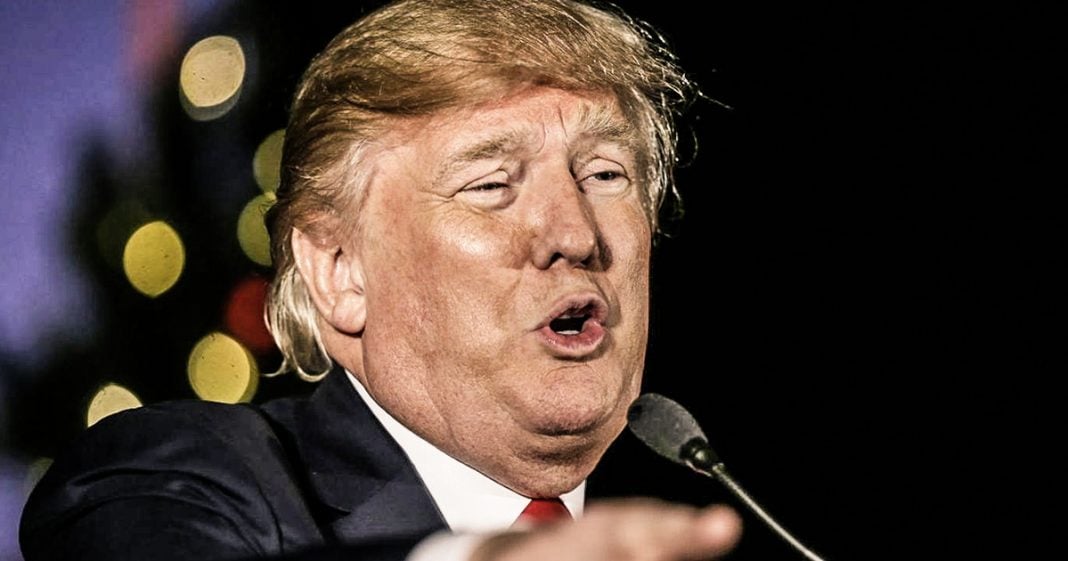 Top officials in the White House are finally willing to admit that Donald Trump is an embarrassment to the country, and all it took was for him to commit some light treason on international television with the world watching. According to interviews with top administration officials, they said they couldn’t even finish watching Trump’s press conference in Helsinki out of sheer embarrassment. Ring of Fire’s Farron Cousins discusses this.

Well, some members of Congress and some Trump supporters have already forgiven Donald Trump for betraying the United States on stage with Vladimir Putin on Monday. The officials that work inside of the Trump administration are not quite as forgiving. According to a new report by Axios, the reactions that senior Trump administration officials had to his appearance on stage with Putin was absolutely one of embarrassment.

I want to read you a couple things out of this Axios article because it’s just phenomenal. A former senior White House official who worked closely with Trump immediately texted us, reporters were saying this, “I need a shower after watching Donald Trump fall all over Putin.” One of Trumps own former National Security Council officials texted, “Dude, this is a total effing disgrace. The president has lost his mind.”

And, CBS Face the Nation anchor Margaret Brennan who was in the audience told the AP that she was messaging some US officials during the speech who said they were at the point where they were just turning off their television. What’s happening right now inside of the Trump administration is embarrassment. Unfortunately, it took Donald Trump going on international television and betraying the United States for these people to finally feel embarrassed, but at least it happened.

And it actually gets worse, because after that little presser between Trump and Putin, his National Security Advisors got together and had a meeting of which Donald Trump was supposed to attend but instead, they reported that he went back to his hotel room, climbed into bed and turned in TV. So, after betraying the United States, he couldn’t even bother to meet with his National Security Council and instead wanted to crawl into bed, maybe have some of his “executive time,” and watch TV.

Tuesday morning when he’s back at the White House, they had to have another emergency Security Council meeting basically just to do damage control about what this morn said in Helsinki. Later in the day obviously we got Donald Trump;s pre-typed apology backtrack note, which didn’t apologize or backtrack for anything. He gave a lame excuse that you’d have to be borderline brain dead to actually believe but, that’s what’s happening.

I don’t think we’re going to see anybody actually leave the Trump administration because they feel embarrassed now or because they realize that Donald Trump doesn’t care about this country. But, at least they finally get it. They finally understand what most people in this country saw from day one. Perhaps they were just a little too close to the president at the time to be able to recognize it.