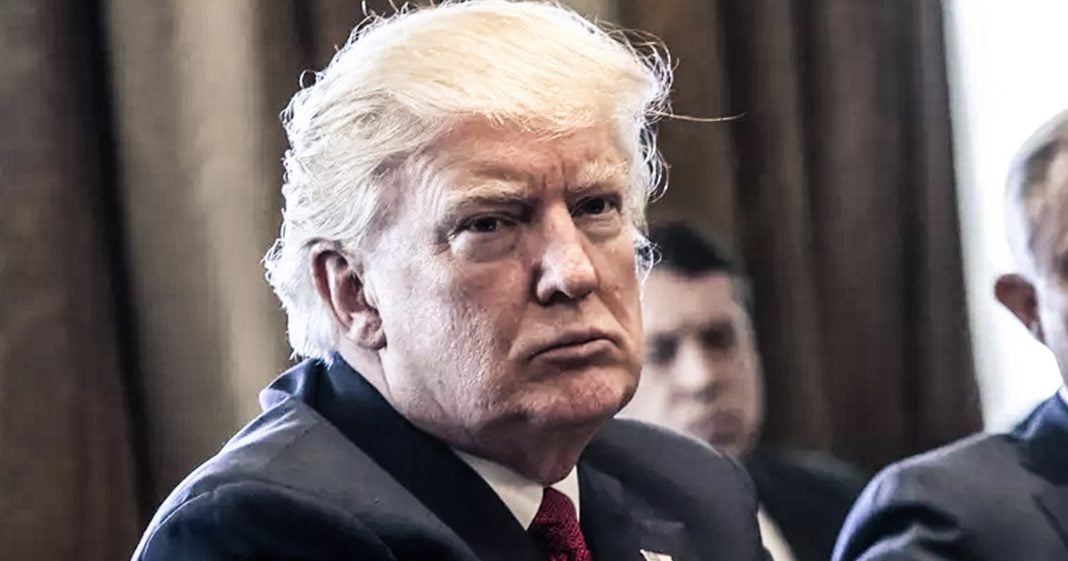 The US Treasury Department has repealed a rule that forced the disclosure of the identities of dark money donors who funnel political contributions through politically-active non-profit organizations, like the NRA. This move would deal yet another blow to democracy and transparency, and would allow even more untraceable money to corrupt our political system. Ring of Fire’s Farron Cousins discusses this.

One of the biggest threats to American politics aside from obvious outside foreign superpowers interfering with our elections, is dark money. Unlimited, unrestricted corporate money. And at a time when a majority of both parties right now, at least the electorate, not the elected, believe that we should do something to rein in corporate money in our politics. The Trump administration actually moved this week to remove a rule that would force political nonprofit organizations to reveal their donors to the IRS.

So here’s what this means. This means that now any kind of dark money group, any corporation, any individual, can now give their money to a politically active nonprofit organization in the United States. And that organization does not have to report where their money came from to the IRS.

Now, ironically, this move was made on Monday, the same day that it was revealed that a Russian national had infiltrated the NRA in an attempt to sway Republican politics. And now the NRA, being a politically active nonprofit, is not going to have to disclose where their dark money comes from. And we already know through some disclosures, that some of that money has come from hostile foreign powers. But now we’ll never know thanks to the Trump administration.

And I don’t think this was by accident. And yes, this means that groups like Planned Parenthood and even labor unions aren’t going to have to report the dark money that they receive. But then again, these groups aren’t even politically active anymore. They have virtually zero power in American politics and that’s actually a bad thing. Those are groups out there working on behalf of the American public who should have a louder voice in Washington DC. Unfortunately, Republicans have crippled both of those organizations Planned Parenthood and labor unions to the point where they have no more power.

But the NRA does. And the NRA likes to take foreign money and use that to spend on American politics, which is illegal. And now they don’t even have to tell the IRS where this money comes from. And here’s the worst part about this. When these politically active nonprofits did report their donors to the IRS, that information wasn’t public. It could only be brought about through relevant FOIA requests or through somebody within that organization risking their job to leak that information. It did not happen very often. But the reason that the Trump administration is attempting to do this goes back to a few years ago when conservatives were freaking out because the IRS was allegedly going after conservative nonprofit groups, conservative Tea Party organizations and dark money groups.

It turns out that they were also targeting plenty of liberal groups. It was about an even split almost. But conservatives didn’t want you to know that part. They wanted to think that Republicans were being targeted by the IRS. And now we don’t have to worry about that.

This is going to mean more dark money, more foreign money, more adversary money and less say in what happens in Washington, DC from the United States public. Because we the average citizen doesn’t have the kind of money to funnel into these organizations to try to get the things that we want or need as a society. So everything is going to be to the benefit of these corporations and organizations like the NRA, who are able to raise vast amounts of money to sway American politics.

To sum it up basically, all of us just lost our own voices in Washington, DC even more so than we’d already lost.