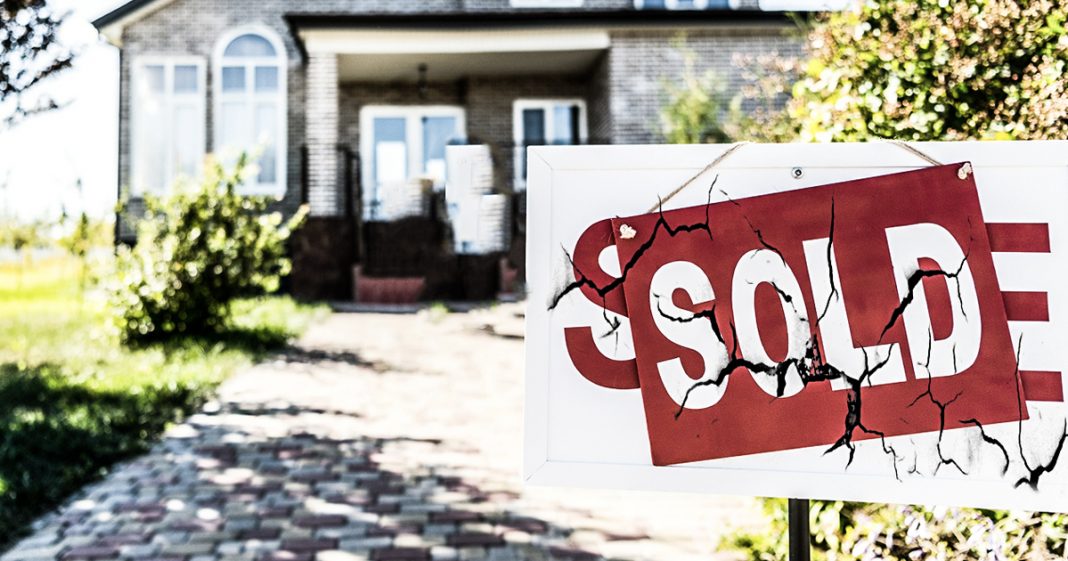 According to the results of a new study, real estate agents across the country have systemically been steering African American homebuyers to buy homes in neighborhoods that are overly polluted by corporate waste. This is environmental racism, and the homebuyers are rarely, if ever, told about the potential dangers of the property they purchase. Ring of Fire’s Farron Cousins discusses this.

According to a new study, racism is alive and well in the real estate business. A new study came out this week showing that real estate agents across the country are more likely to show African-American home buyers homes in polluted areas near toxic waste sites than they are to show those same homes to equally qualified white home buyers. Basically what’s happening, according to this report, is that real estate agents are trying to push black people to buy homes in areas that are so polluted that it’s almost guaranteed to make them sick meanwhile they’re almost refusing to show these same homes in these polluted areas to white people even when income levels are consistent among the two groups, they’re equally qualified to purchase these homes, they just don’t want the white people to live in those polluted areas.

Now this report is actually based on information gathered by Housing and Urban Development so gathered by the government itself where they actually sent out actors, white actors, black actors, Asian actors to pose as home buyers. Every single one of them came to a real estate agent with the exact same income level, exact same criteria, same everything. The only thing that was different was their race. And almost every time, the real estate agents would go out there show the black buyers the polluted homes, the homes where the soil toxic levels were at a point where it would almost give you cancer after a year or two. Air pollution levels so bad that you were almost guaranteed to develop some kind of respiratory illness and they rarely, if ever, ask the white people, and most of the time the Asian people, to even consider those properties.

Real estate agents right now, according to this report, are engaged in systemic housing discrimination. And yes, that is illegal. What needs to be done here, rather than what the National Association of Realtors is doing, saying well, we’re going to work on training. No, no, no. People need to go to jail, okay. You broke the law. You’re engaging in real estate racism, environmental racism. Furthermore, this study actually confirms what many other studies have already found, which is that the African-American and Latino community are more likely to be affected by pollution by any other population as a whole. And now we have a good reason for that. It’s because we have racist real estate agents, who may not even realize they’re racist but it’s built into their industry to push minorities into these heavily polluted areas that eventually will get them killed or at least make them sick enough to help destroy their lives.

These agents should not just be ashamed of themselves, but as I pointed out, this is housing discrimination, which is illegal, so these people should be prosecuted. You want to solve a problem, throw some people in jail. That is the only way that you can send a message to this entire industry that this is not okay and that we understand what you’re doing and we won’t stand for it one bit and that you’ll never get away with it. Because until we do that, this is going to continue. The National Association of Realtors is going to say well, we did everything we could, we gave them the right training. They know to not do this but some of them are still doing it. Good. Fire ’em. Prosecute ’em. Stick ’em in jail. That’s how you send a message and it’s a message that, apparently the real estate industry desperately needs to hear.