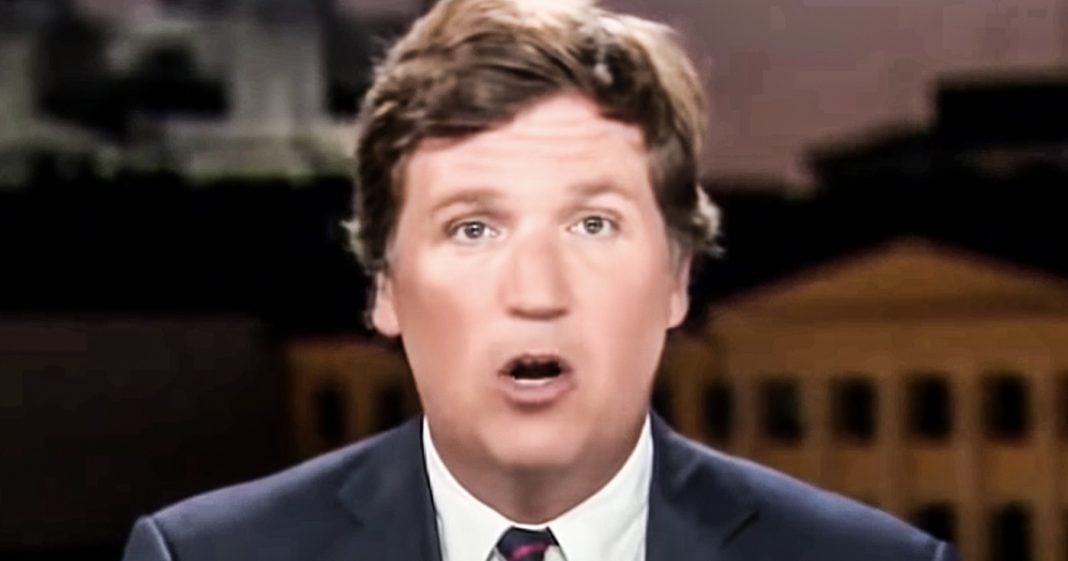 On Monday, Fox News host Tucker Carlson gave the ultimate dog whistle to his viewers, telling them that Mexico is interfering with US elections more than Russia because Mexico is sending their people over here and changing our electorate. You don’t have to be a master linguist to understand EXACTLY what Tucker Carlson is saying, as Ring of Fire’s Farron Cousins explains.

On Monday, Tucker Carlson finally took the time to address the fact that 12 members of the Russian intelligence agency GRU were indicted for attempting to influence the US election in 2016, and in true Tucker Carlson fashion, he didn’t actually go after the Russians but instead told us who the real enemy was that we need to worry about them influencing elections here in the United States. That enemy ladies and gentlemen is Mexico. Here is exactly what Tucker Carlson said on the air about Mexico’s attempt to influence US elections: “Many countries do the same,” talking about Russia interfering in our elections, “some more successfully than Russia, like Mexico, which is routinely interfering in our elections by packing our electorate.”

Packing our electorate, that little phrase right there that Tucker Carlson said, was about the loudest dog whistle you could ever imagine, because what Tucker Carlson means is brown people are coming from Mexico and they’re taking over these white areas and changing the political makeup of them, but he frames it as if this is some kind of conspiracy coming from the Mexican government, that Mexico is somehow interfering in our elections in a coordinated effort by sending their citizens over to the United States, making them become naturalized citizens of the United States so that they can vote, and then convincing them that they always have to vote for Democrats instead of Republicans. That would have to be the biggest conspiracy in the history of the planet, Tucker.

But you don’t care about that. No, what you care about is blowing that dog whistle for your base, for your viewers, because we know exactly what you mean, packing our electorate. That’s clever. I have to hand it to you on that, that is such a clever way to hide your blatant racism, because that’s what this is, Tucker. This isn’t about you worrying about illegals coming across the border. This is about you worrying about people that don’t look like you coming into the United States, and God forbid, becoming citizens and gaining the right to vote. How horrible is that, right? I’m sure there’s tons of Native Americans that would love to tell you how badly that can go for a country, because you and your ancestors, and everybody’s ancestors almost, did the exact same thing.

You and your other friends at Fox News, you think you’re being clever by trying to disguise your racism as some kind of electoral interference, or warning us that some of them are criminals and gang members in MS-13. What it really is, and what more and more people in this country are starting to wake up and realize, is that your network has been, continues to this day, and likely will always be pushing racist beliefs onto the American people.