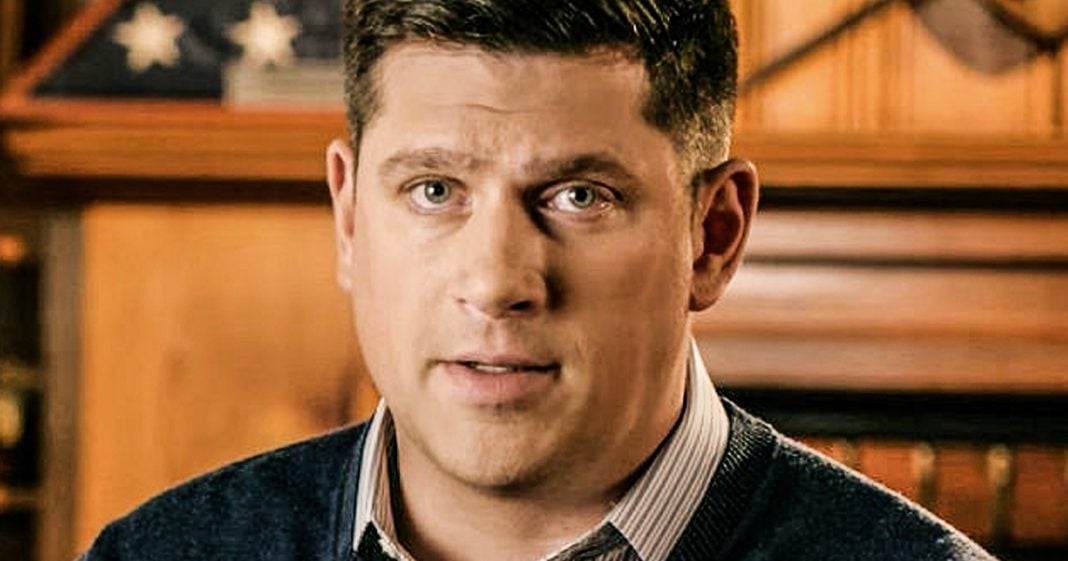 Kevin Nicholson, a Republican Senate candidate from the state of Wisconsin, wrote a scathing op-ed against his own parents recently after he found out that they had given the maximum allowable donation to his Democratic challenger. Nicholson whines about how people can’t handle differing opinions, apparently oblivious to the irony of that claim. Ring of Fire’s Farron Cousins talks about how awful this man must be if his own parents won’t even support him.

See his parents are lifelong democrats, and rather than saying, “Well we’ll put our party affiliations aside to support our son.” They said, “You know what, we actually don’t support you in any way. And not only are we gonna support Tammy Baldwin, we’re gonna donate the maximum allowable amount to her campaign.”

So Kevin Nicholson, in a fit of rage, goes to Fox News, writes an op-ed for the website where he attacks his own parents as intolerant because they won’t support him. Here’s a few lines from this. “An intentional personal blow that made headlines across the country.” Is what he referred to their donation as. “It was deliberate, and it is a true representation of the intolerance of a political philosophy that stands on the false platform of tolerance.”

If you wanna talk about intolerance, your parents didn’t go out and publicly do this, the media made it a story, which to be honest as somebody who scours news sites every single day, I hadn’t even heard of it, but sure, whatever. You’re the one who chose to go to Fox News to ask them, beg them, to give you a platform to whine about how intolerant your parents are because they support your opponent. Sounds to me Mr. Nicholson that you are actually the intolerant one, because your own parents think you’re such a crappy human being with bad policies that don’t even wanna support your run for senate.

Now, as a parent myself I can’t imagine ever not supporting my kids in fulfilling their dreams. So how much of a horrible human being does this guy have to be for his own parents to say, “Oh hell no. We hope your opponent wins, let’s give her everything we can to ensure that this piece of crap that we raised doesn’t become the next senator from the State of Wisconsin.” That’s not the fault of your parents Mr. Nicholson, that’s on you. And you can whine about intolerance all you want, but you’re the one who went out there and whined and complained that your parents wouldn’t set aside the personal ideological beliefs that they’ve held for their entire lives just to support your stupid campaign.