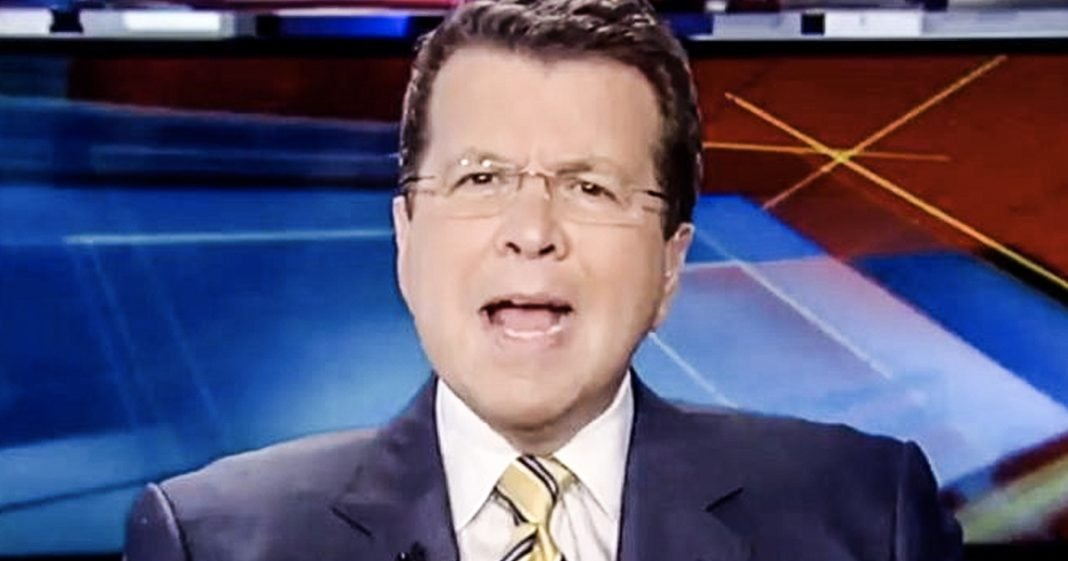 It takes a lot to send a Fox News host into a stunned silence, but Donald Trump managed to do exactly that after his meeting with Vladimir Putin on Monday. Fox hosts Stuart Varney and Neil Cavuto were in a complete state of disbelief that the President said he sided with Putin over US intelligence agencies, and Cavuto even went as far as to blame the President’s weak and timid behavior on jet lag. Ring of Fire’s Farron Cousins discusses this.

On Monday, most of the world looked on in horror as Donald Trump basically bowed down to Russian president, Vladimir Putin, and actually took his side over the side of US intelligence agencies, Senate reports, House Committee reports, basically the side of Putin over the United States. But those of us who’ve been watching Donald Trump’s presidency and reporting on it every single day since the man was elected fully expected that to happen. The people who didn’t expect that to happen were the people on Fox News. Take a look at their immediate reaction following that interaction between Trump and Putin, here it is.

Stuart Varney:
What it ended, it’s up five. Our time is up but there’s a lot more on this from Neil Cavuto, sir, it’s yours.

Neil Cavuto:
This has got to be the most incredible thing I’ve ever witnessed.

Stuart Varney:
It was not a very forceful presentation from President Trump, with Putin standing right next to him.

Stuart Varney:
Not forceful at all.

Neil Cavuto:
I’ll give the benefit of the doubt to maybe jet lag and time differences, but holy tamoly. All right.

You know, it really takes a lot to stun a Fox News host into absolute silence or just stammering incomprehensible words, but Trump managed to do it with his meeting there with Putin. Neil Cavuto could not figure out what to say, “Maybe it’s jet lag, I don’t know.” To his credit though, Cavuto did come back later on in the day and he kind of attacked Donald Trump as very weak, very timid, he let Vladimir Putin run circles around him. So it is nice that he finally gathered the words and the courage to say, “Yeah, the president really screwed up.”

And Cavuto and Stuart Varney aren’t alone. Tuesday morning the folks at Fox and Friends also very timidly said, “Well, the president needs to come out and clarify those statements and basically take them back and say something better instead.” Of all the hosts on Fox News, the only two that really didn’t go after the president were the two obvious ones, Sean Hannity and Tucker Carlson. Everybody else there seemed to understand what was happening and why it is such a danger to the United States of America, but Hannity and Tucker didn’t want to criticize the president because they are the two people who got exclusive interviews with Donald Trump after everything was over and they didn’t want to jeopardize that.

But everybody else, from the viewers, to the hosts, to our elected officials of both parties, to people on both sides of the aisle throughout this country, they understood what just happened there. Calls for Trump’s impeachment have reached a fever pitch in the last 24 hours alone because of his performance at that summit, trashing the United States and instead siding with the word of Vladimir Putin.