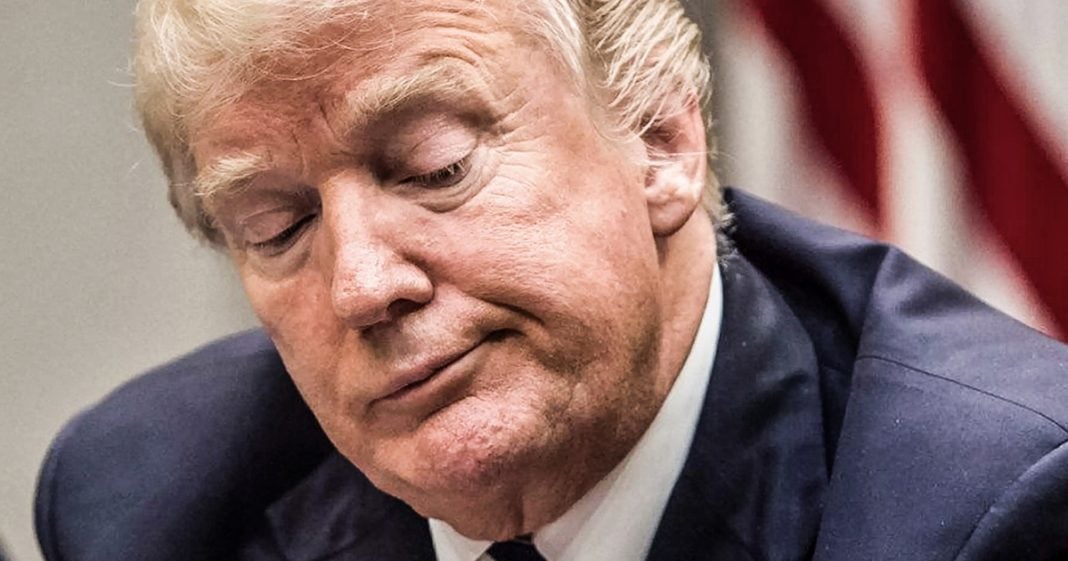 Beck Dorey-Stein, a former White House stenographer for both Obama and Trump, says in a new op-ed that Trump doesn’t like having his conversations recorded in any way – whether it be on tape or in writing – because he has a very severe aversion to the truth. This isn’t something that most of us didn’t already know, but it does give us an even better look into the window of Trump’s mind. Ring of Fire’s Farron Cousins discusses this.

A woman by the name of Beck Dorey-Stein recently penned an op-ed in the New York Times. This op-ed is much better than most of the recent op-eds that New York Times have been running about why we should just try to get along, or why liberals should love Brett Kavanagh. No, no, no, no. Beck Dorey-Stein actually has a great op-ed, because she used to be a White House stenographer for both Barack Obama and Donald Trump, and she explains why Donald Trump seems to have such an aversion to reality.

According to Dorey-Stein, Donald Trump did not like for her to write down the things that he said, even though that was her job, because Donald Trump doesn’t like to be quoted. He doesn’t like his own words to eventually be used against him, which again is ironic, coming from a man who tweets his every single thought, but admittedly, those tweets do always end up coming back to haunt him.

Dorey-Stein points out that previous presidents George W. Bush, Barack Obama, they loved stenographers, and even the presidents before that. Why? Because it held them accountable and it allowed them to avoid being misquoted by the press. She was there to capture their every single word, whether it was during an interview, or whether it was during a meeting. She was there to write it down, as were the other stenographers, but Trump made sure that they weren’t around, that they couldn’t record everything that he said.

Hope Hicks at one point, according to Dorey-Stein, actually took Donald Trump and Bill O’Reilly when they were in the middle of an interview out of the room with the stenographer so they could go into the Oval Office and have some privacy so that she couldn’t know what the two men were talking about. She says it all boils down to this. The reason Trump doesn’t like this, is because his biggest adversary as president of the United States is the truth.

Donald Trump is not the man that we need to be running this country. We need anybody else, somebody else. It doesn’t matter gender, race, religion, anybody else would do a better job than Donald Trump, because I think at least anybody else, no matter how horrible they are as a republican politician, they at least can sometimes understand the truth when it slaps them in the face. That’s something that Donald Trump is incapable of doing, and that is what makes him quite possibly one of the worst people imaginable to ever serve as president of the United States.