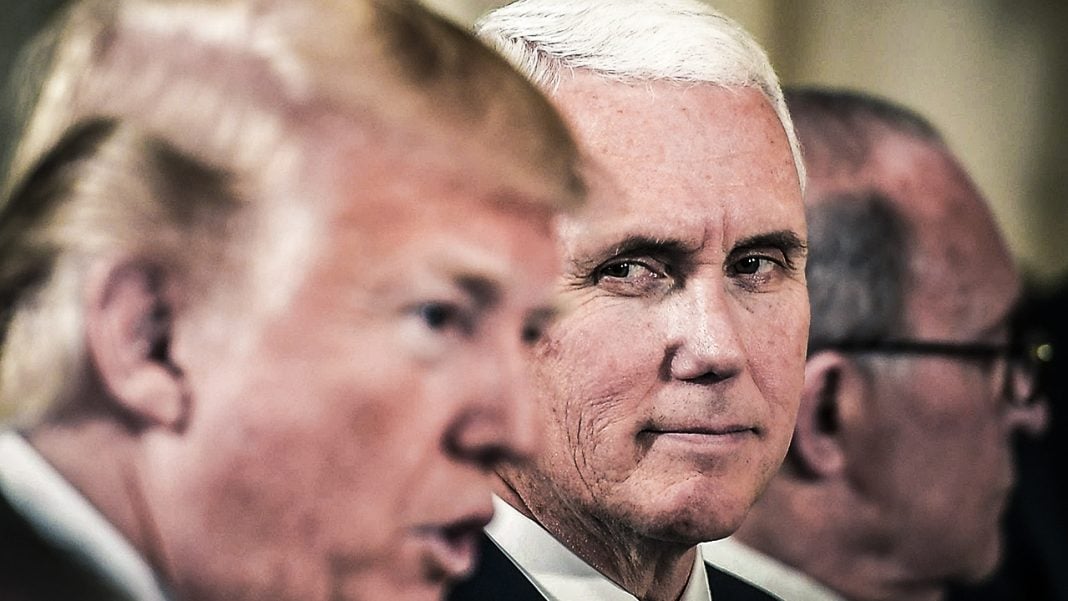 Mike Pence has been sent out on a “damage control” mission, and his Trump Apology Tour has landed him in the heart of the Midwest. Pence is trying to ease the growing fears about Donald Trump’s trade wars, but Midwest voters are slow to buy into his assertions. Ring of Fire’s Farron Cousins discusses this.

Vice President Mike Pence has done a pretty good job of just kinda staying in the shadows throughout the entire Trump administration, but this week he has decided that he can stay hidden no longer, and he’s actually traveling out to the Midwest to go on basically a Donald Trump apology tour/damage control mission. During Mike Pence’s little trip he’s gonna be visiting Kansas City, Cedar Rapids, and Chicago. And he’s going to meet with people who have been directly affected by Donald Trump’s trade wars. But don’t worry, he’s not actually gonna go out there and meet with the farmers who are losing their livelihoods, no, he’s going to meet with wealthy republican donors who are concerned that the trade wars could eventually affect their livelihood.

So at a time when we’re getting stories on a daily basis about Trump supporters in the Midwest feeling betrayed by this administration, their pleas are falling on deaf ears, with a direct quote from one of them from a recent Detroit news article, “Pence isn’t meeting with those people, he’s meeting with wealthy republican donors to assure them that Donald Trump has a plan for these trade wars and that in the end we’re all going to come out better.”

See here’s the thing that Mike Pence and these republican donors don’t understand, nobody wins in a trade war. There’s never a victor, there’s always just losers. And right now everyone involved in this trade war is losing. But nobody is losing it worse than republican voters. We’ve already talked in the past about how most of the tariffs that other countries are putting in place on US goods are directly targeting red counties throughout the United States, counties that voted for Donald Trump over Hilary Clinton. 65% actually, of the retaliatory tariffs have directly affected red counties as opposed to blue counties.

So Mike Pence, knowing this, knowing that people are uneasy, knowing that jobs are being lost left and right and up to 1.5 million more could be on the chopping block in the next year, has decided that his best course of action is to meet with republican donors, tell them everything is fine, lie to them, just so they continue to donate money so that their republican members of congress don’t get voted out in the potential blue wave this coming November.

That’s not going to work Mike. You see, here’s the thing about economic policies, right? When it does start directly affecting you and you know who did it, you really can’t go out there and pay for 10 million dollars worth of ads telling those same people that it didn’t happen, because they know it did, because they lived it. So if you really wanna do some damage control for Donald Trump and the Republican Party, my suggestion is that you get out of those fancy swanky little boardrooms, put on some work boots, walk out into the fields and actually meet the people who are losing their livelihoods as a result of your boss’s policies.