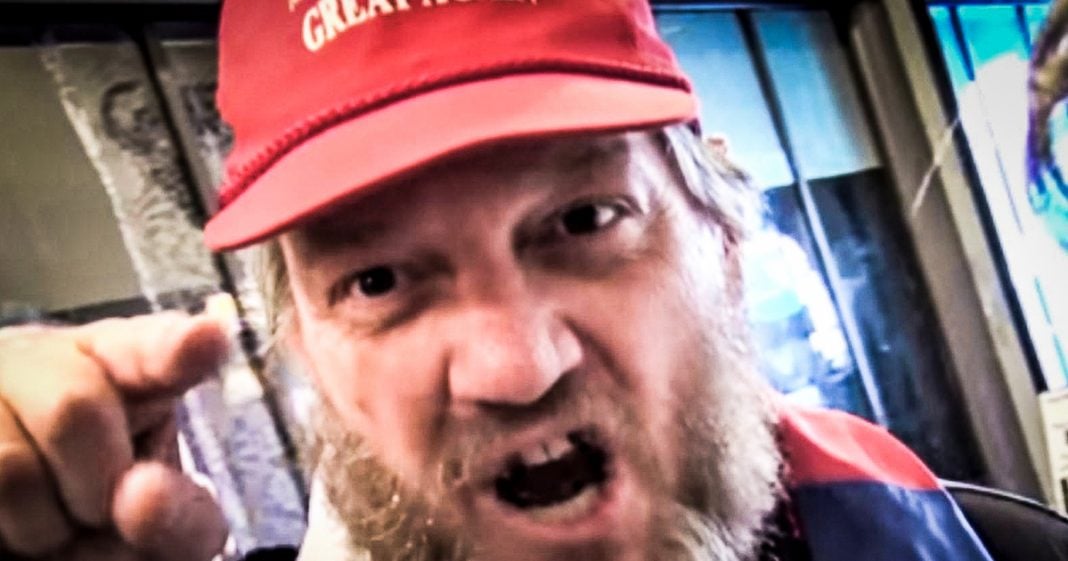 Donald Trump’s disastrous trade wars could end up having a huge impact on the sale of his beloved “Make America Great Again” hats. Those hats – manufactured in China – could see their prices double as a result of the retaliatory tariffs that China is putting on American goods. But this is unlikely to stop Trump supporters from buying these pieces of garbage because, as Ring of Fire’s Farron Cousins explains, a fool and his money are soon parted.

There’s some very bad news out there right now for the MAGA hat crowd as it was announced recently that as a result of Donald Trump’s new 200 billion dollars worth of tariffs on goods coming to the United States from China, the price of most of those Make America Great Again red hats could double in the next few weeks.

Now according to reports, the suppliers of these has, which there’s multiple different unauthorized or unofficial makers of the MAGA hats who, combined, have sold millions of the things. What they do is they import the red blank hat from China because it’s cheap. They bring it to the United States. They have it embroidered here with Make America Great Again and then they sell it anywhere from nine to 15 dollars.

As these same importers are telling us now, because of these tariffs, because they’re going to be taxed more if they bring them from China into the United States, they’re going to have to, god forbid, start buying their hats here in America. Then having them embroidered here and then selling them here. According to these importers it’s going to cause the cost of those hats to double anywhere between 20 and 30 dollars per MAGA hat.

Here’s the funny thing about this. Actually there’s several. First and foremost, these people are whining about the fact that they may actually have to buy American. I mean, isn’t that the whole point of everything? Isn’t that what Donald Trump campaigned on? Buy American. Isn’t that something that even the Democrats stand for, buying things here in the United States, so we can support good paying jobs here in this country? Now these people are pissed off because they’re actually going to have to do that.

Second of all, you could price these MAGA hats at a 100 dollars a pop, hell, 200 dollars a pop and the idiots who support Donald Trump are still going to buy them. Why? Because as the old saying goes, a fool and his money are soon parted. That’s exactly what anyone walking around wearing one of those MAGA hats is. They are a fool. They are a fool who doesn’t understand that Donald Trump is wrecking the U.S. economy and that we are headed towards a major recession that some economists tell us could dwarf what happened to this country in 2007 and 2008. The people walking around in those red hats, they don’t understand that because they don’t want to understand it. They don’t understand that their fellow Trump supporting brothers and sisters out there are losing their jobs because of these trade wars. They don’t understand that we’re losing basic liberties as human beings and American citizens under Donald Trump’s watch.

Everything this man has done has been an affront to the U.S. constitution. Yet, these people want to walk around in their MAGA hats and act like everything is just great. Hopefully, in the very near future, they’re going to have to start paying more money for those MAGA hats. Because, after all, being that stupid shouldn’t be that cheap.