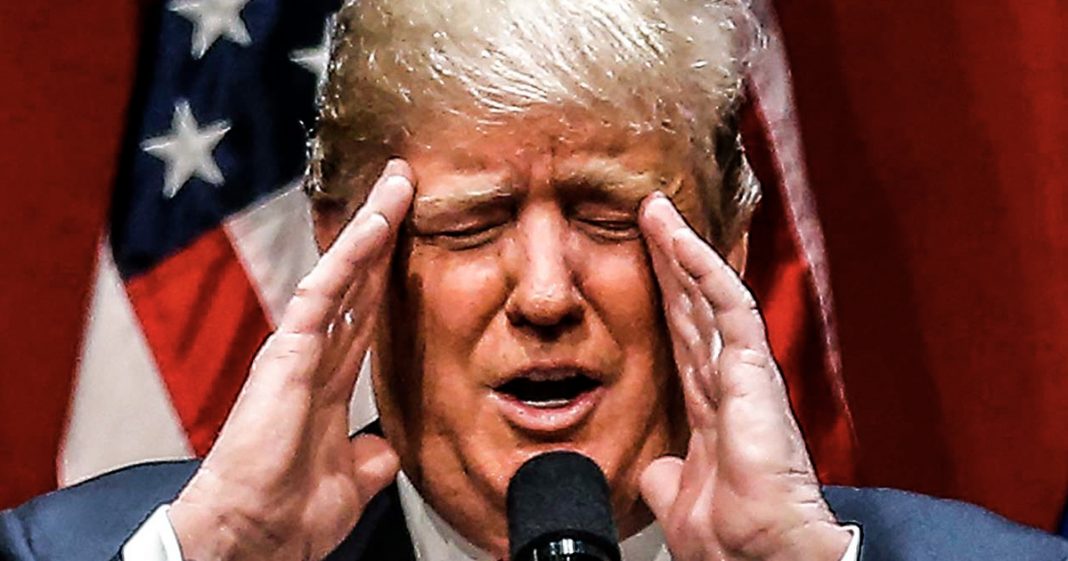 If you haven’t noticed in the last few weeks, Donald Trump’s behavior and his insistence that the investigations into him are “phony” have been increasingly erratic. The reason is because he understands what’s happening with Michael Cohen. Armed with a new lawyer, Cohen says that he refuses to remain silent any longer, and this can only mean that the man is ready to work with investigators to potentially take down Trump. Ring of Fire’s Farron Cousins discusses this.

It’s been a little less than two weeks since Michael Cohen, Donald Trump’s former lawyer/fixer, hired his new attorney, Lanny Davis, and already we have seen the turnaround in Michael Cohen’s behavior and attitude and even the things he says about Donald Trump. Now, there have been countless stories in the last week and a half about Cohen flipping, potentially flipping I should say, and yeah, it seems more and more likely that he’s going to do that. In fact, according to friends of Cohen’s, he recently had the following thing to say here. “For a year and a half I’ve been silent. What has silence gotten me? It’s ruined by business, it’s ruined my wife’s life, it’s ruined my children’s lives. I’ve been a punching bag for everybody, why am I going to continue to be silent?” This statement from Michael Cohen would seem to indicate that he’s ready to start talking to people.

Now, as it stands right now, he has not met with investigators or prosecutors, so we know that there is currently not been any kind of plea deal arranged for Michael Cohen. That could change any day. It may never change. We have to wait this out and see what happens, but what we do know is that Michael Cohen is very clearly signaling to the president that, “I am not going to sit idly by anymore, let you run roughshod over all of these investigations, not defend me, and expect me to still have your back at the end of the day.”

Now again, we’ve had reports recently of Cohen being angry with Trump for not paying his legal bills, for not coming to his defense, and that is kind of what sparked all of this. It’s likely what sparked his hiring of Lanny Davis. The reason Cohen is being so outspoken right now, now that he has Lanny Davis, is because Davis is a different kind of attorney from the ones that Cohen had had. They didn’t want him out there talking. They did not want him talking to the press. They basically silenced him completely, would only allow him to give short, a few word responses to any questions from the media, could not go on TV, but once Davis took over, all that changed. They are sending a clear message to the President of the United States.

Lanny Davis has also been sending those messages to both Giuliani and Trump. That message is, wait and see what happens. You turned your back on the guy that saved your butt countless times throughout your life and now the one man who knows all of your dirty secrets is not going to stay silent anymore. That has Donald Trump freaked out more than anything on this planet. That also helps explain why Donald Trump’s behavior’s becoming a little bit more erratic, why he’s constantly tweeting out about witch hunts and trying to say, “Look how great our economy is, it’s roaring.” He said in a tweet this past Tuesday. “Roaring.” As thousands of people lose their jobs from his tariffs, but that’s all he’s got. He needs a win because he sees in the very near future a very massive loss headed his way at the hands of Michael Cohen.