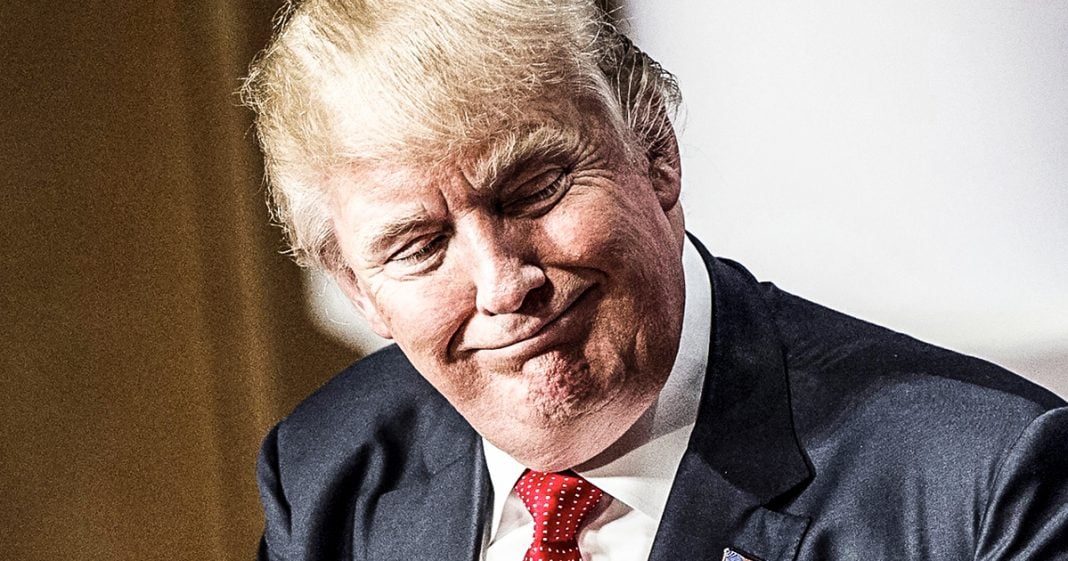 This week, the Trump Department of Justice actually argued in court that gay people aren’t protected by the Civil Rights Act of 1964, and therefore employers should be able to fire someone based solely on their sexual orientation. The administration is openly advocating for bigotry against a large population of its own citizens with this argument, as Ring of Fire’s Farron Cousins explains.

This week, a lawyer for the US Department of Justice argued in front of Second Court of Appeals that an employer in the United States has absolutely every right to fire an employee for being gay. They argued, the US Justice Department, Donald Trump’s US Justice Department argued that the 1964 Civil Rights Act does not protect the LGBTQ community and therefore any employer in this country can fire any employee that they have if that person is gay. That’s it. They don’t have to be a bad worker. They don’t have to be negligent. They don’t have to be sloppy. Just if you’re gay, you can be fired. The federal government is making that argument this week. They are trying to protect employers who want to openly discriminate against their workers.

Never minding the fact that as far back as 2002, I think it was, there a Supreme Court case that said yeah, you can’t do that. Not to mention the fact that the Civil Rights Act of 1964 has been extended to include or interpreted to include, excuse me, the LGBTQ community. You cannot do that. What they’re trying to do, the US Department of Justice, is make it to where this case continues to get appealed and then heads back to the Supreme Court, which at that point considering that Donald Trump’s going to control the whole damn thing makes it even more likely that it’s going to become the law of the land that you can fire somebody based solely on their sexual orientation. You know what, if that happens, which I pray it doesn’t but if it does, I hope we see the reverse happen.

Because I would love to see how conservatives would freak out if an LGBTQ employer decides to fire all the straight people there. Why not? If you can fire someone over sexual orientation, shouldn’t you be able to fire somebody because they’re heterosexual? If you could do it the other way, you could do it this way. Republicans never think about that, though. They never think about the reciprocation, but that’s exactly what could happen. If they’re going to push this issue, then I hope the other side pushes that one. Let’s fight fire with fire. Right? You can stand up for the LGBTQ community and not be a part of it and I think we should all support this. If this case ends up going to the Supreme Court and becoming law, I absolutely will stand with the LGBTQ community and say that we should start firing people for being heterosexual.

That’s where this headed, folks. Furthermore, why is the federal government that’s currently run in every single branch by conservatives who are allegedly in favor of small government, why are they trying to regulate what people do in the bedrooms? They don’t want government interference with anything, except of course sexuality and a woman’s right to choose what to do with her body. If you ask me, that sounds like government overreach. Those sound like overarching regulations that are destroying lives. Not the ones that Republicans want to repeal that are protecting our air and water, no. They just want to make sure that we’re not doing anything they don’t like in the bedroom. This is absolutely appalling that we have hit this point as a country where our own government is arguing that we should be able to discriminate against people based on their sexual orientation.