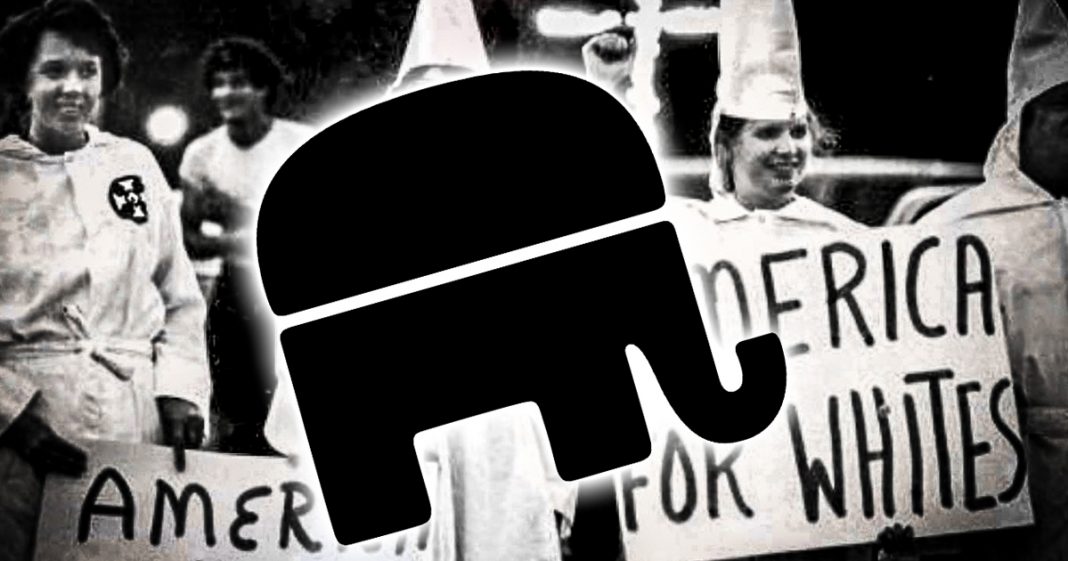 More and more people who identify themselves as members of either white supremacist groups or claim to be actual Neo-Nazis are running for office this year as Republicans, and the Party isn’t thrilled about this at all. But they made this mess themselves, and now they have to face the consequences of their own decisions, as Ring of Fire’s Farron Cousins explains.

The Republican party has a very big problem right now and it happens to be a problem that’s actually freaking them out. No, it’s not Donald Trump or the half dozen or so investigations currently looking into his activities. It happens to be the fact that more and more self-proclaimed neo-Nazis, White supremacists, Holocaust deniers, are running for office this year as Republicans. See, the Republican party ever since the days of Lee Atwater’s Southern Strategy has been more than happy to be the party of bigots. But they did it in a shielded way. You didn’t necessarily know that they were overtly racist because they used the code language, like Reagan, “Welfare Queens,” or talking about the crime rate in Chicago, or referring to people as thugs, which is their nice way basically of not having to use the N word.

Fox News uses thugs as interchangeable with that, but we know exactly what they mean. But average American citizens didn’t quite get it. They weren’t paying close enough attention to know that this coded language was there. All of that changed with Donald Trump. When he came into office, when he embraced the White nationalists marching in Charlottesville and said there was some very fine people, when he embraced the alt right, when he gave a voice and a powerful position in the administration to people like Steve Bannon, Stephen Miller, and Sebastian Gorka, that empowered these hate-filled Republicans all over the country to shed the cloak of invisibility, strap on their White hoods, and run for office as Republicans.

Again, the party itself is really freaked out right now because they’re at least five state or national races right now where people are running under the Republican banner and they’re either self-proclaimed White supremacists, neo-Nazis, Holocaust deniers, and in a couple cases all three, and the Republicans don’t know what to do. The façade of not being racist has finally been ripped off the party and these people feel right at home. That’s not saying that all Republicans are racist, but it is kind of hinting at the fact that all racists are Republicans, because that’s the party that seems to embrace it so openly. That’s why they’re in the position that they’re in today.

But here’s the thing, the Republican party isn’t actually freaking out because these horrible people are running for office as Republicans. They’re freaking out because they know that it’s almost going to be impossible for these people to win an election. Therefore, making it more likely that a blue wave is going to happen in November. If they thought for a second that a self-described neo-Nazi could win an election over a Democrat, they wouldn’t have a problem with it. Just like they didn’t have a problem with Roy Moore and his pedophilia ways down in Alabama. If he would’ve won they would’ve embraced him, but he lost to a Democrat so they lose a Senate seat and that’s what Republicans are so terrified of today. Not that everybody sees them as the racist that they are, but that it makes it more likely that the blue wave is going to wash them out.