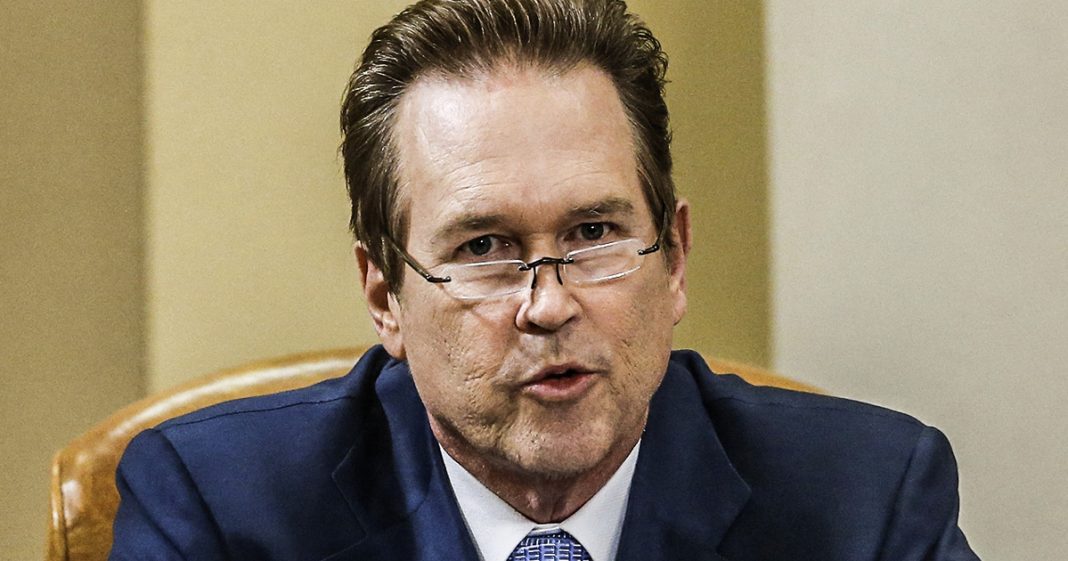 Republican Congressman Vern Buchanan from Florida spent at least $1 million on a new yacht on the same day that he voted to give millionaires and billionaires a huge tax giveaway at the end of last year. This is the side of the tax cuts that few people have talked about – it isn’t just about rewarding their wealthy donors, these Republicans wanted to reward THEMSELVES with their tax cuts! Ring of Fire’s Farron Cousins discusses this.

On November 16th, 2017, the U.S. House of Representatives passed their trillion plus dollar tax cut package. On that very same day, November 16th, 2017, republican representative Vern Buchanan from the state of Florida bought a multi-million dollar yacht. So here’s what happened with Vern Buchanan that day. He walks into the U.S. House of Representatives, he votes to give millionaires and billionaires a tax cut, he leaves, he goes and buys a yacht that costs between $1 and $5 million, according to financial disclosure forms.

Here’s the reason he did that. He knew what kind of gift he was giving to himself. See, Vern Buchanan is worth about $80 million, so he stood to gain $3 million from the tax cut package that he just voted to pass. He took that money that he was going to save, and he bought himself a yacht.

Now, I ask you, average American citizen, this tax cut was sold to the American public under the guise that it was going to trickle down to the American workers, right? This was our tax cut, according to Paul Ryan, and Donald Trump, and Mitch McConnell, and everybody else who voted for it. We were the ones who were going to benefit, right?

But that is exactly what republicans did with this tax cut, and see, here’s the thing. Here’s the angle that hasn’t been discussed too much, a little bit, but not enough, is the fact that republicans, we’re not only passing this tax cut to give a massive thank you reward to their donors, it’s because they themselves are getting massive tax cuts from it. This wasn’t just for their donors, it was also for them.

These men and women who did this should be immediately removed from office. They should be named more than just Vern Buchanan. We need to find out who did this, because this is a direct conflict of interest. These people should be removed from office, and forbidden from ever running for public office again. They have abused the public’s trust, they have abused the power of the office, they are screwing over American workers, tanking the economy, raising the deficit, just so they can put money not just in their donors’ pockets, but in their own pockets.