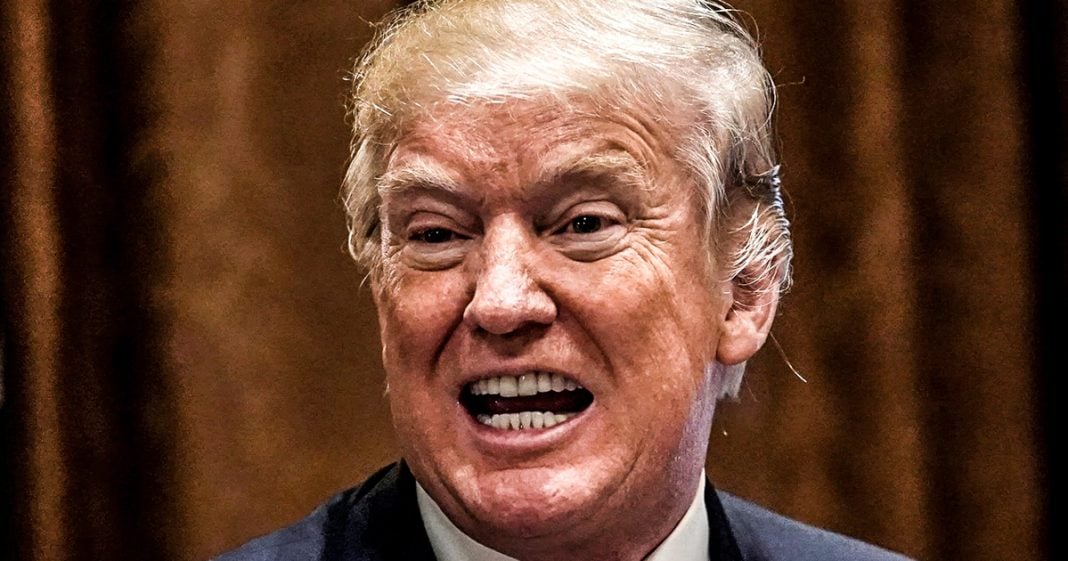 Donald Trump’s personal driver for the last 25 years has filed a lawsuit against Trump for allegedly failing to pay him for overtime hours that he worked during that time. The total number of unpaid hours worked by this man are in the THOUSANDS, and this story gives us yet another glimpse into how Donald Trump treats his employees. Ring of Fire’s Farron Cousins discusses this.

Another day, another lawsuit filed against President Donald Trump, this time by a man who’s been working for Donald Trump for 25 years, a man by the name if Noel Cintron. See, Noel Cintron was actually Donald Trump’s personal driver for 25 years and according to the lawsuit that Mr. Cintron just filed against Donald Trump, he worked more than 3,000 of overtime over the last six years alone and was not paid for any of those overtime hours worked. Now the reason it’s only for the last six years is because the statute of limitations has expired on any years past that. In the area where this lawsuit was filed, you can only go back to ix years. So that’s what he’s doing. He’s got documentation. He’s got proof that he worked about 3300 hours of overtime, but was not given overtime pay for those hours. Furthermore, he also says that in the last 15 years, he was only given two pay increases and the second pay increase was actually offset by Donald Trump by cutting the man’s health benefits. In case you’re wondering, this is one of the reasons why Donald Trump has so much money.

He doesn’t pay people for the services that they perform for either him or his businesses because let’s keep in mind, here’s the list. Here’s a list of some of the other groups of people that Trump has not paid for doing work for him. Mortgage brokers, landscapers, electricians, plumbers, suppliers for his hotels. The list is seemingly endless. Donald Trump doesn’t pay for work that is done for him. We have documented evidence of that. We have plenty of lawsuits and settlements from Trump himself that prove this. So anyone out there in this country who is still suffering under the delusion that Donald Trump is going to be a man of the people, you need to take a good, hard look at these lawsuits. I suggest you get online and you actually read through the complaint filing and see what this president has been doing to the people who work for him because if he is willing to screw over people who have been by his side for 25 years, just imagine what he is willing to do to the rest of us that he’s never even met.

I imagine that we’re gonna get screwed over even harder than the people who actually worked for the President and, as all indicators tell us right now, we already are.