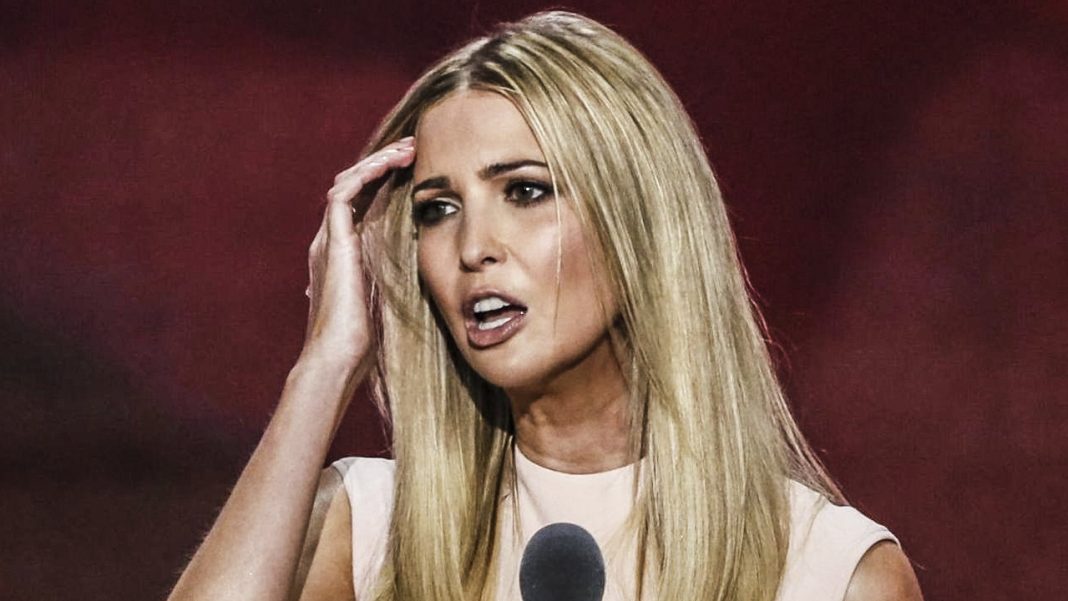 Ivanka Trump has been winning new trademarks for her products in countries that have business before the US government, and the Trump administration has been more than happy to grant these countries whatever wishes they may have, usually either right before or right after they give Ivanka her trademarks. Is it possible that she’s even more corrupt than her father? As Ring of Fire’s Farron Cousins explains, signs are very clearly pointing to ‘yes.’

Obviously ever since Donald Trump announced that he was running for president, there’s been a lot of talk about his corruption, and trust me, there’s plenty to talk about there. There’s no question that Donald Trump is corrupt as hell. But recently after I read an article by Citizens for Responsibility and Ethics in Washington, CREW, about Ivanka Trump, I got to think that maybe Trump is actually not the most corrupt member of his family. I firmly believe that the mantle of most corrupt Trump in the United States belongs to Ivanka, and it’s not just because of what she’s done, it’s also because of how she’s able to wrap a smile around it, a pretty face and sell it to the American public as if she’s out there somehow fighting for them.

As part of this CREW article, they talked about the fact that Ivanka Trump is winning new trademarks left and right all over the world and they all always, always happen to coincide with a decision made by the government that benefits the country granting here the trademarks either right before they grant them or right after. For example, all of the Chinese trademarks that Ivanka Trump recently won happen to coincide with Donald Trump lifting sanctions against Chinese telecom company ZTE, which by our government’s own admission, was spying on people. They were breaking the law. But Trump said, “Nah, go ahead and do your thing. Don’t forget my daughter has got those patents waiting for ya.” And they delivered. They delivered and Trump delivered. I have no doubt that Trump delivered because Ivanka asked him to because she wanted more money. Similar situation happened with Shinzō Abe from Japan. She met with him. Mike Pence met with him. Then suddenly, boom, they approve a bunch of new trademarks for Ivanka Trump.

Here’s the thing. Ivanka Trump has no real role, no defined job at the White House. In fact, there have been reports saying that most people in the White House have no idea why she’s even there, what she does. They don’t know. They know that occasionally she travels the world and meets with world leaders and then she gets trademarks from those people. This woman is literally using a really nonexistent job to go out there and sell herself and her company to these other countries in order to win more trademarks in order to gain her more money. This woman needs to be investigated today. In fact, she actually is under investigation at the moment looking into some of the deals that she has made. But we need a broader investigation. There is very clearly some pay to play here happening. There are conflicts of interests. There are all kinds of potentially criminal activities taking place at the hands of Ivanka Trump. Someone needs to be looking into this diligently.

As good as these watchdog organizations are, they’re not the ones who can get into all of the details and documents and meetings that somebody inside the White House could, an inspector general for example or a special prosecutor. We need organizations like CREW out there. They’re the ones who help expose this, but ultimately they’re not the ones who can do as in depth digging. They can’t get search warrants. They can’t get subpoenas so we need someone with that power to come forward because I guarantee you if we were to look more into her, if we were to find out what she’s doing, who she’s meeting with and what she’s getting in return, Ivanka Trump would probably spend at least a decade, maybe more, in federal prison for not only scamming US tax payers, but scamming the federal government and using this nonexistent position that she has to make herself a little bit more wealthy.