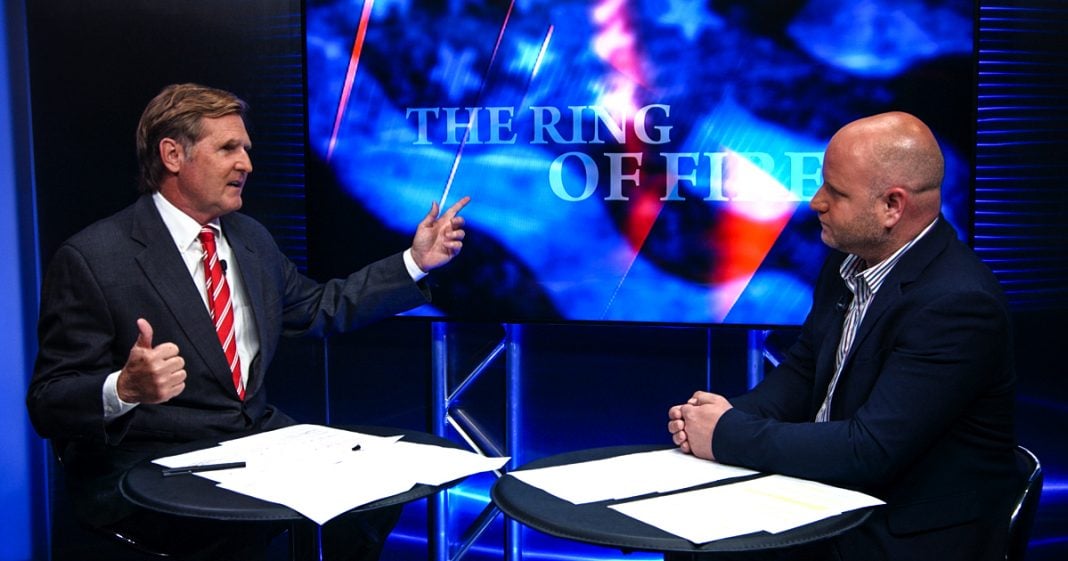 Mike Papantonio: A federal judge last week ruled that children in this country actually don’t have … they don’t have a right to learn how to read. I mean, if you really drill down on the ruling, that’s what it is. I think what bothered me about this story was you have this judge that had the ability to really … to say that, you know, there are some rights that we need to protect.

Mike Papantonio: One of them should be the right to get an education, the right to be able to read. Instead, gives us all this flowery language, “Gee whiz, illiteracy is a terrible thing, illiteracy is something we got to stop, but I’m not going to show any courage and find a way to make that happen.” Now, understand this judge could have ruled favorably without ever going down the path that he said he had to go down. Pick it up from there.

Farron Cousins: Well, you know, they wanted to make this as it’s more of a moral issue, not a legal issue. But, really, if you think about this, because the people who brought this were representing children who were arguing that we were provided a substandard education that did not prepare us, one, to pass the mandated test for public schools and, two, to be productive members of society. You failed us.

Farron Cousins: The judge specifically says, you know, “As plaintiffs point out, voting, participating meaningfully in civic life, and accessing justice requires some measure of literacy, but it doesn’t necessarily make access to literacy a fundamental right.

Mike Papantonio: Yeah. What’s bothering me about this is the judge didn’t even have to go there.

Mike Papantonio: The judge did not have to go to a fundamental right argument. He could have mandated, look, you know, it’s just like busing. I’m mandating that this take place because you’re failing to do your job not based on any type of fact that we’re reviewing this from the standpoint of this being a fundamental right. There was no need to get there.

Now, either one or two things happened. Either the people who brought the case kind of screwed the pooch and pushed it that way, at which time the judge could have said, “Well, you know, you got another way you can come at this.” Or the judge said, “Well, you know, I’m going to say all these … ” I mean, listen to this. This is the judge. “Plainly, literacy and the opportunity to obtain it is of incalculable importance.” This is the judge. Judge Murphy. Judge Stephen Murphy, a US district court. He goes on to say like, “Oh, this is awful. It’s awful that these kids don’t have an education. But rather than me being creative and rather than me doing something that there’s another way to get to it,” he chooses, “Well, I’m going to save myself. I’m going to say that they’re asking me to determine that education is a fundamental right.” He didn’t have to go that far. He could have gotten this another way.

Farron Cousins: A 40-page opinion is what it was.

Farron Cousins: 40 pages where he’s trying to say, “I so support your literacy.”

Farron Cousins: To me, it almost is reminiscent of the prosecutors with the baker who didn’t want to make the cake for the gay wedding.

Farron Cousins: That would have been a slam dunk case if the-

Mike Papantonio: Lawyer had been right.

Farron Cousins: It seems like the same thing happened here because this … You could have gotten what you wanted out of this case.

Mike Papantonio: There’s all kinds of mandates they can come up with. They could have said, “Look. Here are the standards. You’re violating the standards. I don’t have to get to the issue of whether this falls in any kind of suspect classification. I don’t have to get into fundamental rights. I can make you do this any way.” It was either the lawyers that blew it … Even if they did, if this judge really wanted to accomplish some equity, he could have gotten there.

Mike Papantonio: I think that’s what bothers me about this is just nonsense. It’s like his opinion was written because some time I want to may be on a higher court and I want to make it look like I really, really cared about this. Hopefully at that point, somebody’s going to say, “Well, you know what? If you cared, you weren’t smart enough to accomplish it.”

A former judicial nominee from Donald Trump was forced to withdraw his nomination after it was revealed that he was sympathetic to the KKK, and that’s not even the weirdest part of this story. Good God. This story, I read it twice, and I said, “Was it really this bad?” Yeah. It is. Go ahead. Pick it up.

Farron Cousins: Brett Talley, this was the guy … We have talked about him several times.

Farron Cousins: He’s the one who … He never tried a case. He was only a lawyer for a little under three years.

Farron Cousins: Alabama. He gets nominated to this federal lifetime appointment. He’s in his early 30s I think.

Farron Cousins: Yeah. He would have been on there for probably, God, 50 years maybe, depending. But anyway, once he made it out of committee with his nomination, they decide, “Let’s look at his background maybe.” He’s on this message board for TideFans.com for Alabama Crimson Tide fans, where he’s talking about all kinds of racist things: disparaging Muslims, jokes about rape, talking about how he’s sympathetic to Nathan Bedford, the first grand wizard of the KKK, and how they were actually doing some good things.

Mike Papantonio: Yeah. Trying to say that KKK, they’re getting a bad rap. If you go back and look at the KKK, they’ve done some great things besides hanging, mutilating, and torturing minorities. They’ve done some really good things.

Mike Papantonio: You know what amazed me? This guy’s never tried a case in his life. He’s never even been to trial. He graduates from Harvard. Well, we know how that happens. Harvard operates, they know somebody. It’s not that this guy is a genius. I can promise you, this guy is not a genius.

Mike Papantonio: Although he’s a prolific conservative writer. He writes constantly. Any day, you could have gone and found out something that this character wrote. But here’s the real ugly thing. He’s with the Department of Justice now, making decisions. His role in the Department of Justice is who should be the next judge. He’s taking a look at judges, determining who should be the next judge. This guy has never been to trial. As you’ve pointed out, his background of writing about statutory rape as if it’s no big deal, the grand wizard, no right to abortion, disparaging Muslims, on and on. This guy’s now with the Department of Justice.

Farron Cousins: Well, you know what? I’m actually going to go out on a limb here. This may shock some people. I don’t fault Trump for this guy at all. Trump has not picked a single one of his judicial nominees. People need to understand that.

Farron Cousins: He sucks at everything, but he is not the one who’s picking these.

Farron Cousins: This is, as you said, it’s coming from the Federalist Society, Mitch McConnell is feeding these, the US Chamber. This is all documented. They’re giving him the names and he doesn’t know any better, so he says, “Okay, yeah, sure. Brett Talley, there you go. Roll Tide, buddy.”

Mike Papantonio: The judiciary is in an abyss right now.

Mike Papantonio: It’s not just Trump. It’s the people advising Trump on this.