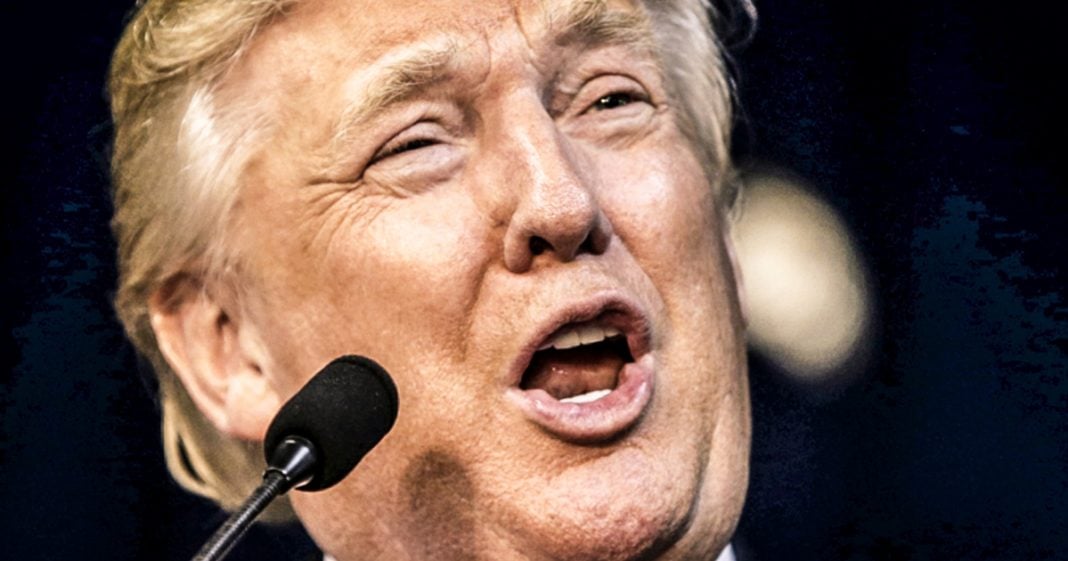 According to new international polling data, most people on Planet Earth agree that Donald Trump’s presidency has destabilized the entire planet. The threat of wars, the destruction of alliances, Trump’s general incompetence, and his careless and brash behavior have given nearly two-thirds of people around the globe to worry. Ring of Fire’s Farron Cousins discusses this new data.

There’s more bad news for Donald Trump in the polls than most people realize, including a recent global poll that asked 10,000 people in 10 different countries if they felt the world was safer today than it was 18 months ago. Coincidentally the same time period that Donald Trump has been the President of the United States. And an astounding 60% of global citizens say that the world is less stable today than it was before Donald Trump took office.

Now, to be fair, Donald Trump was not the only reason why these people think that the world is destabilized, although he did play a major role in their decisions. They cite things like NATO and their little turmoil with Russia right now. Russia wants to get rid of NATO, so apparently does Donald Trump, and that makes people uneasy. You have the wars in Syria. You have aggression in the middle east. You have nuclear threats from North Korea, and possibly even Iran, which were both made worse by the Trump administration.

With Trump pulling the United States out of the Iran agreement and with him completely fumbling the recent talks with North Korea, those two countries are now closer to having fully functional nuclear weapons. That scares the rest of the planet. And contrary to what Republicans wanna say, nobody was hoping that Donald Trump’s talks with Kim Jon-un were going to fail. We just knew that they would, one because we know the history of North Korea lying about denuclearization, and two, we know how bad Donald Trump is at foreign policy.

But here’s the thing, I can promise you in the next 6 to 12 months, the number of people around the world who think that things are much worse than they were before Trump took office, that number’s going to climb. Because after all, this poll was actually concluded, conducted, in April. That was before Donald Trump ever stepped foot in the same room as Kim Jong-un. That was before he agreed to meet in a closed door meeting without any of his aids with Vladimir Putin. We have no idea how bad those numbers can get, but I promise you they will get worse.

We’re not gonna be looking at 60% of people saying the world is destabilized since Trump came along, it’s gonna be upwards of 65/70, possibly even higher. Because Donald Trump sucks so bad at foreign policy. Why? Because he doesn’t know how to be a basic human being. He’s not a statesman, he’s not the kind of guy that can walk into a room and whether or not he agrees with somebody can still be friends with them and do what’s best for the country, no. He’s a guy that wants to do what’s best for himself.

And what’s best for himself is to sit there and antagonize our allies, make peace with enemies. Not that peace is bad but these are people who wanna run rough shot over the United States itself. They want everything in exchange for nothing. They want the US to give concessions yet aren’t willing to give concessions themselves. And in the case of some of these countries, they’re actually trying to interfere with our democratic process and screw around with our voting systems. Those are the guys Trump is palling around with, while antagonizing people like German Chancellor Angela Merkel and Justin Trudeau from Canada.

This isn’t how it works. Trump’s behavior is making the world less stable. And unlike some of the people here in the United States, everyone else across the planet actually seems to understand that.