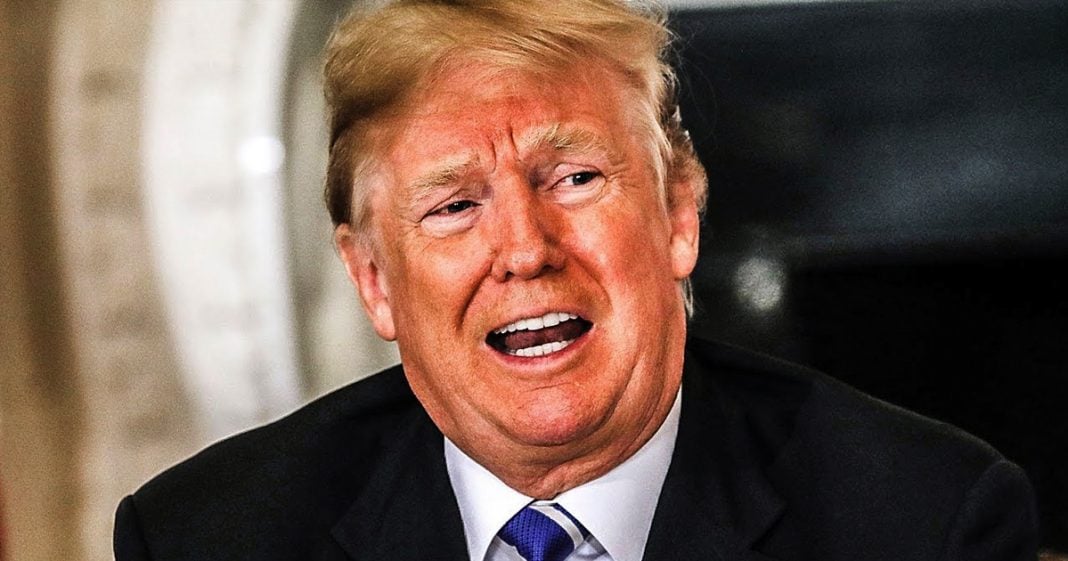 According to a group that spoke recently in Boston, Donald Trump has committed no fewer than NINE impeachable offenses in the last 18 months. While some of those offenses aren’t technically crimes, they are considered actions that warrant the removal of a president through the process of impeachment. Ring of Fire’s Farron Cousins discusses this.

According to a group that recently gave a speech in Boston, a panel discussion actually, Donald Trump has committed no few than nine impeachable offenses in the first 18 months that this man has been in office.

Now it’s important to point out that some of these acts that the groups say he has committed are criminal offenses, but some of them are actually not technically against the law. However, due to the way that the framers wrote the US Constitution and the way the impeachment clauses are written, they would still be considered impeachable offenses. Here is just a sampling of the offenses that this group claims Donald Trump has committed and all of them obviously, pretty easy to verify.

Accepting foreign and domestic emoluments, well, we know that happens, because we know that foreign nationals are staying at Donald Trump’s properties, paying money to stay there, and that money then goes back into the pocket of Donald Trump, as he is still very much a part of his businesses. We also have obstruction of justice and specifically, they cited the firing of James Comey as proof of this. Directing law enforcement to investigate his critics, abusing the power of the pardon, undermining freedom of the press and the detention of children and their families at the border.

Again, some of those, specifically attacking the freedom of the press, is not necessarily illegal, however, any attack on a constitutional right by a sitting president could and should be an impeachable offense. Now here’s the thing, we all know that all of these things have been taking place. The problem is that we have a Republican party right now that doesn’t seem to care about it. We have millions of Donald Trump supporters allegedly who claim that they do not care if Donald Trump is violated the emoluments clause, they join in his attacks on the media, they say that the family separation policy is necessary because if you didn’t want to lose your kids, you shouldn’t have come to the United States illegally. But that’s not exactly how things are working down at the border, but that’s a story for a different day.

The bottom line is this. Donald Trump is using the presidency to make himself even wealthier. That is illegal. He’s spending government money, our money, tax dollars, at his own properties so that he can do things like play golf or host foreign nationals, who also have to pay money, which goes back into Trump’s pocket. That’s illegal. And not to mention the fact that this group didn’t even get into the fact that Donald Trump is being accused of sexual misconduct by no fewer than 19 women, some of the counts actually have that number as high as 40 women who’ve come out against Donald Trump with some kind of sexual misconduct allegation.

This is a president who before he even ran for president, was already plagued with scandals. These scandals are going to continue to grow as long as this man is in office. And there was a time when I firmly said I do not support impeachment at this moment, we have to wait for more evidence to become available. Evidence is available now. We have the proof. We have the numbers. We know what’s happening, and it’s time for the Democrats in Congress to stop dragging their feet and begin seriously talking about removing this man from office.