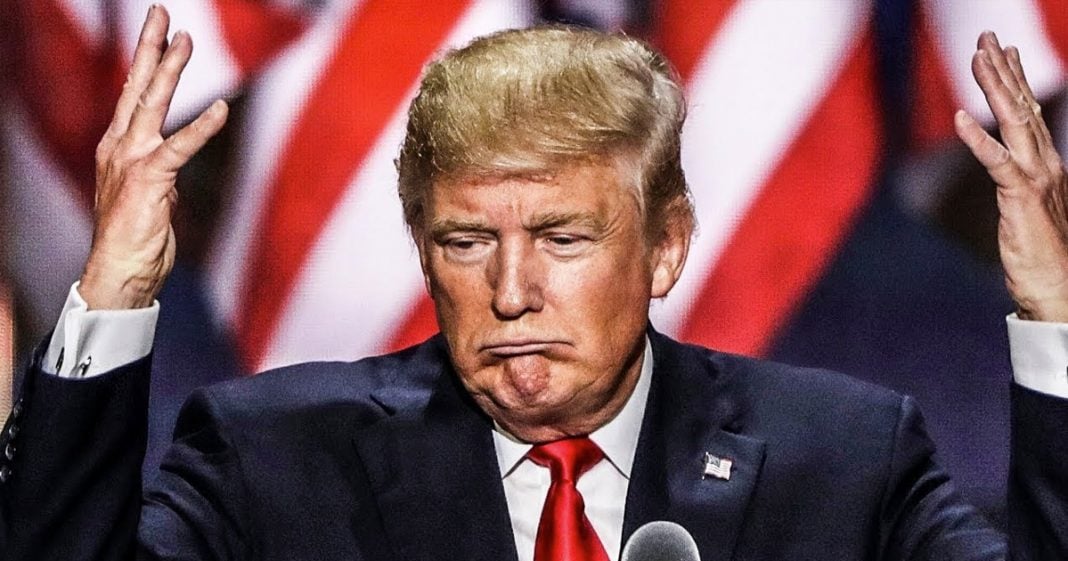 Donald Trump has managed to attack the US economy in ways that he doesn’t even realize, the latest revelation being that his presidency and the resulting anti-US sentiments across the globe have reduced foreign investment into the United States by 32%. That’s a significant loss in investment, and those numbers are expected to climb even higher with Trump’s trade wars and derogatory comments about other world leaders. Ring of Fire’s Farron Cousins discusses this.

There’s no question that the policies of both Donald Trump and the Republican controlled legislative branch of Congress are harming the U.S. economy. The only reason we’re not exactly seeing those effects today is because we’re till technically riding the coattails of the Obama economy, and not to mention the fact that most of the harmful Republican policies have only actually been in place and effective for a few months. But according to every credible economist out there, the crash is coming. Furthermore, the recession is coming.

Here is another way and this story just came out a few days ago, that Donald Trump and the Republicans are actually harming the U.S. economy without even realizing it. In 2017, foreign investments into the United States, building new businesses, building new offices, creating new companies here in the United States by foreigners have fallen by 32%.

Now, yes, global foreign investment dropped by an overall 18% during this same time, but investment here in the United States was almost double the global average. There are lots of reasons for that, specifically the most important one being all of these business owners across the planet understand what is coming for the U.S. economy. They know what kind of economy Republicans create because they’re not stupid. They remember the years from 2001 to the beginning of 2009 when George W. Bush and his Republican allies enacted these tax cuts. They cut regulations. Things were booming along just fine until everything absolutely crashed because of these policies.

These business leaders from around the globe see what’s happening, and they know what’s coming. Meanwhile, we have Republicans like Paul Ryan still out there every day talking about how great the economy is. The man’s Twitter feed is nothing more than a self congratulatory pat on the back for cutting taxes for corporations while lying to us and telling us that we’re the ones getting the benefits. I haven’t seen a dime from these tax cuts, nor do I expect to ever see a single penny from the tax cuts that were put in place. The majority of American citizens are in the same boat. We got nothing from this.

When the economy crashes, not if but when, the dollar is going to lose more value. That is what foreign investors are terrified of and that’s why they’re staying away from the United States right now. Let’s me clear about this, as much as Donald Trump says he doesn’t like foreigners, he doesn’t like … He wants American made businesses, right? Well, we need foreign investment to keep our economy running, to keep things going, to hire more people, to create more jobs, especially at a time when we’re starting to lose thousands upon thousands of jobs from Donald Trump’s trade wars.

The Republicans do not know how to manage an economy. They have proven this every time we’ve had a Republican in the White House since the year 1981. It is the same story every time. Why the American public continues to fall for it is beyond me. But at this point, at least we can recognize that foreign business leaders and foreign countries know exactly what happens when Republican get control of the economy.