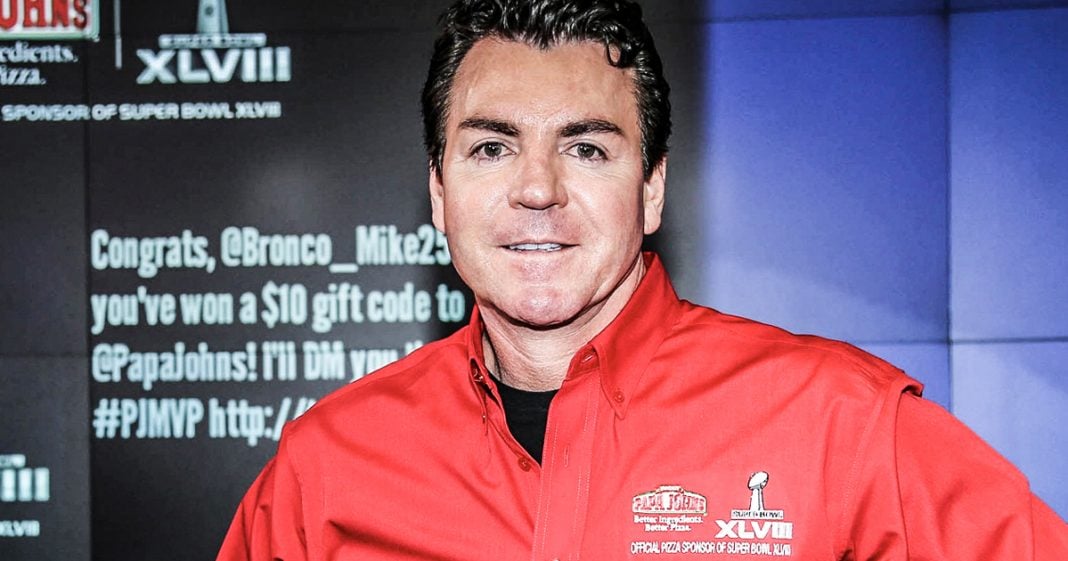 John Schnatter, the founder of Papa Johns Pizza, has been forced to resign after it was revealed that he used a racial slur during a conference call about how to avoid bad PR. The irony abounds with this man, but at this point his destructive influence that he’s had on his business over the last few years is coming to a close. Ring of Fire’s Farron Cousins discusses this.

John Schnatter, the Papa of Papa John’s Pizza has resigned as the chairman of the board of the company that he founded in the early 1980s. And the reason that this man finally decided to step down from his entire company, after resigning as the CEO back in December, is because it was revealed yesterday that a few months ago, during a conference call on how to handle bad publicity, John Schnatter used the N-word.

Now, for a little context, he was talking about how much blow-back he had gotten for saying that kneeling NFL players were to blame for his lousy pizza sales that year, which is completely unfounded and untrue. But he was whining about that and said, “Colonel Sanders called black people the N-word and he didn’t get that kind of blow-back.” Except that Schnatter didn’t actually say, “the N-word”, he said the N-word on that conference call about how to avoid bad PR. I mean, the irony of the entire situation is just absolutely overwhelming, because this right-wing moron doesn’t understand how to handle what’s happening to the company that he started.