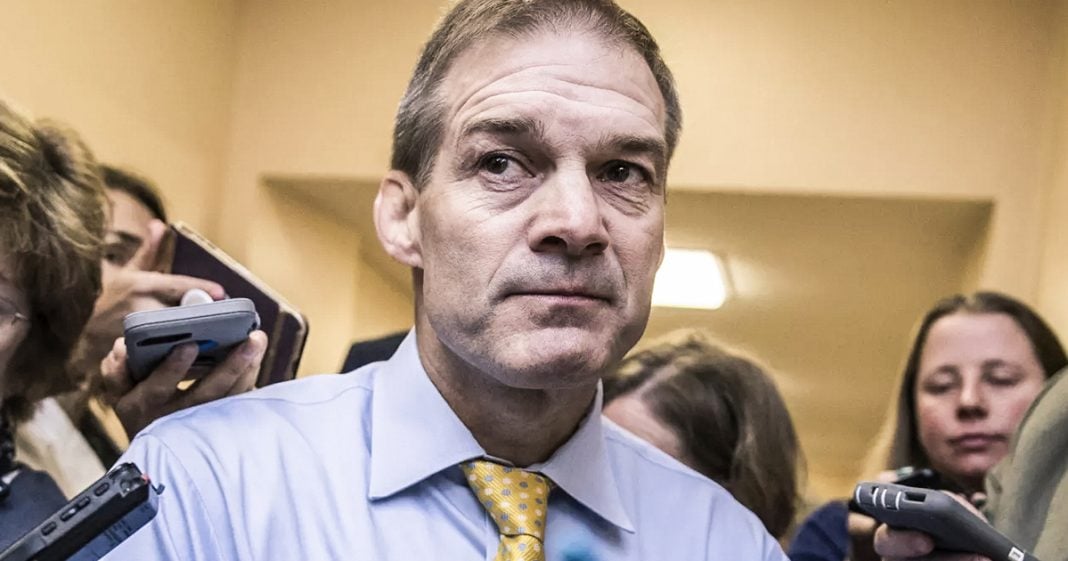 Embattled Republican congressman Jim Jordan is claiming that CNN is “fake news” because they have the audacity to actually conduct research when doing stories. Specifically, Jordan is freaked out because CNN is reaching out to former wrestlers and other students and staff members of OSU to find out if Jim Jordan actually DID know about the sexual assault taking place on his wrestling team. Ring of Fire’s Farron Cousins discusses this.

Republican representative, Jim Jordan is in even more hot water as an eight former member of his wrestling team from Ohio State University, has come forward, saying that Jim Jordan knew that the doctor of the team was molesting the boys on the team, and did nothing about it. In fact, when Jim Jordan was told what the doctor was doing to these boys, according to this new accuser, he just snickered and laughed. Thought it was funny, thought it was just fun little locker room banter. So now, Jim Jordan is super angry at CNN, because CNN is actually taking the time to go through and interview people who were a part of the team, students who were there, other members of the team, other coaches. They’re talking to 100 or more people to get the real story of what Jim Jordan knew. And Jim Jordan fired back at CNN, by tweeting the following on Wednesday:

“Now CNN is contacting all 100 plus of our former staff and interns, asking for dirt on me. Getting desperate, how can you ever trust such fake news?” Well see here’s the thing Jim, that’s why you can actually trust them, because they are out there doing research, they’re doing real journalism. And that’s something that most media outlets, including CNN itself haven’t been engaging in, in quite some time. But on this story, because it is so serious and threatens to take down one of the most powerful Republicans in The House of Representatives, they wanna do their due diligence before just coming out and making accusations, and hoping that the facts line up to it later. You should be applauding them. They’re not digging for dirt on you, they’re trying to find out the truth. Again, one of the very rare instances where media outlets, including CNN, are actively engaging in journalism. Yet the cries of fake news from Republicans, have grown so loud and so desperate, that they’re willing to say that any outlet performing actual journalism, is fake news now.

You know Jim, I was already hoping that this scandal ends your political career, because you’ve been such a scumbag in the US House of Representatives. But now, now that you’re actually attacking journalists for doing what they should have been doing all along, I hope that this not only ends your career, but I hope that it forces you to resign before the midterms even happen. You are not only a cancer on the US House of Representatives, you are a cancer on the lives of all of these boys who were molested by that doctor. You have ruined lives, everywhere you have gone. And you do not deserve to be acting as a US congressman as a result of that.