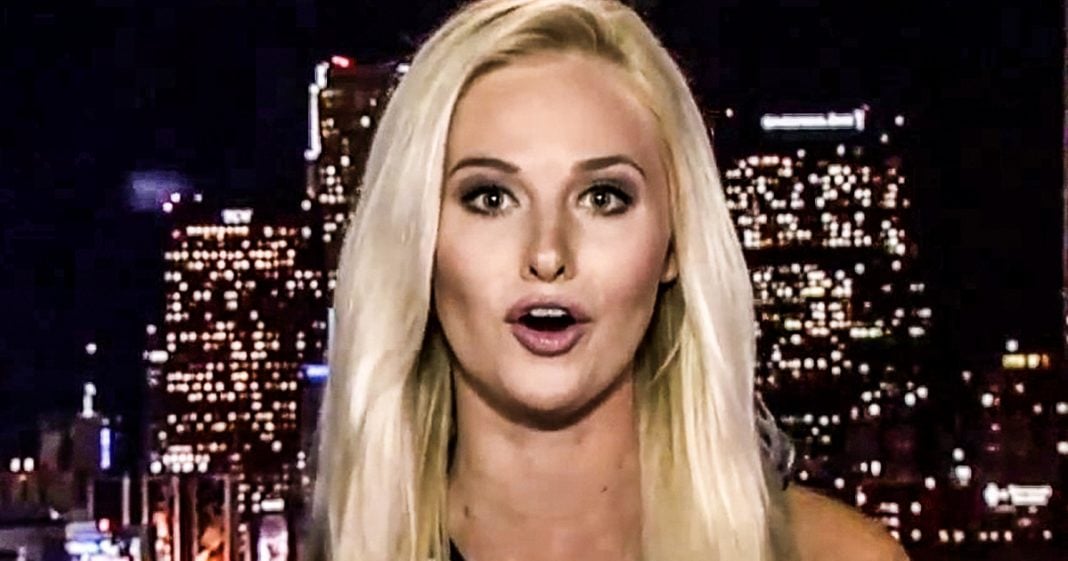 Fox News viewers lost their minds on Wednesday when commentator Tomi Lahren said that conservatives can’t send someone to the Supreme Court to impose their religious views on America. This is a very true statement by Tomi, and truth angers Fox News snowflakes more than anything. They took to Twitter to bash her as a “fake conservative” with some even saying that she’s a liberal plant. Ring of Fire’s Farron Cousins discusses this.

On Wednesday, Fox News commentator, Tomi Lahren went on the network and actually said something that wasn’t completely stupid, and because Tomi said something that wasn’t completely stupid, Fox News viewers absolutely lost their minds. Here is what Tomi Lahren said, and this is her talking about Brett Kavanaugh being nominated to the Supreme Court. She says this, “Implying that we’re sending a Supreme Court Justice to the bench to carry out religious, judicial activism is a mistake and unconstitutional. It’s not what conservatives stand for.”

Now half of the statement is true, like you don’t send somebody to the Supreme Court to carry out religious, judicial activism. That is correct Tomi. “It’s not what Conservatives stand for”, is where you’re wrong on that, because yeah it is. It is what Conservatives have always stood for with every single court appointment they’ve ever made from federal to SCOTUS, okay. And that’s why we have all those hearings where, Roe v Wade, Roe v Wade, Roe v Wade comes up, because that’s what republicans wanna do. We hear Republicans out in the streets talking about it all the time, so yes it is exactly what your party stands for. Nonetheless, Tomi got it partially right there, and that absolutely freaked out Fox News viewers. They took to Twitter to go after Tomi here and here’s some of the things that they said about it. These are hilarious.

“The Liberals are projecting again because this is exactly what they would do if they were picking a SCOTUS nominee.” So this guy, Christie Jones, excuse me, this woman, automatically just calls Tomi a liberal. “I’m absolutely shocked that Tomi has no idea what she is talking about” says Joesph Miller. Joseph, if you’ve ever watched Tomi Lahren you should never be surprised, if she doesn’t know what she’s talking about. Unfortunately again, she was actually kind of right. We have more. @Deano Mollan Lobby says, “This is weapons grade stupid. Fox News needs to cut Tomi Lahren loose.” “She is a better fit for MS, NBC or The View” says Baxter’s Mom @Pollyanna again. “That’s what the leftists do, they are projecting”, says Professor Perkis. And “Tomi Lahren is no Conservative, she is pro-baby murdering” says Vaughn [inaudible 00:02:23]. Pro-baby murdering, wow. All because this woman said one sentence that didn’t fit with Conservative ideology. Who’s the snowflake now, Tomi? Because I’m pretty sure it’s the people who were watching you on Fox News. You actually said one thing smart and they lost their minds. Is this really how you wanna live your life? Is this what you wanna be as a person?

To where you’re forced to say stupid things, lest you have your audience turn on you because that is what you are right now. You made a good point. You immediately said something stupid after that but you made one good point. And you lost the trust of all of these brain dead Conservatives who were in love with you.