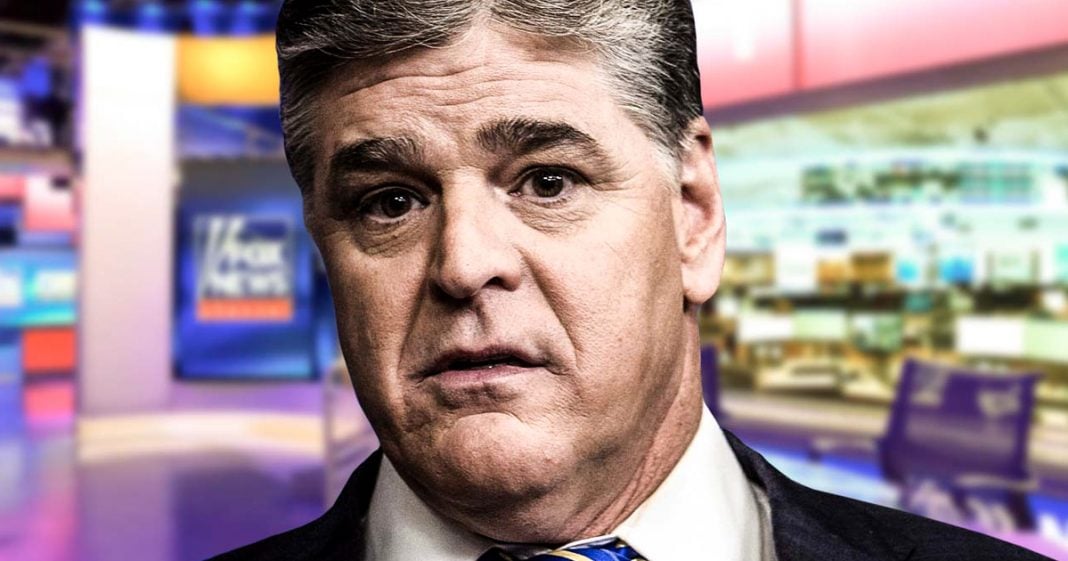 According to new reports, the management at Fox News is growing increasingly unhappy with the performance of Sean Hannity, and they believe that he has turned into a conspiracy theory-spewing White House propagandist. Unfortunately, they won’t do a thing about it because he still pulls in the network’s best ratings, and those numbers will always trump honest reporting. Ring of Fire’s Farron Cousins discusses this.

Last week, Donald Trump hired former Fox News executive, Bill Shine, to run his communications department. Believe it or not, Fox News was actually not very happy about this. They parted with Bill Shine on not so pleasant terms. Shine had turned a blind eye basically to all the sexual happening in there. In fact, told one worker, “Hey, it’s just the price you got to pay for working here.” Fox News executives today aren’t as upset with Bill Shine taking the job at the White House as they are with Sean Hannity. According to new reports, executives at Fox News are becoming increasingly troubled by Sean Hannity, not only his closeness with the president, but also the fact that he is clearly losing his mind.

Some of these executives include James and Lachlan Murdoch, who happen to be the sons of Rupert Murdoch, the two men who are currently trying to run Fox News, or at least serving as oversight directors of it. Yeah, Fox News executives are really angry that Sean Hannity has gone off the deep end, that he’s spreading conspiracy theories and that he seems to be a propagandist for the White House. Here’s the unfortunate part of the story, though. They’ve also admitted that they’re not going to do a single thing about it. Why? Sean Hannity is their top rated host. He brings in a lot of money. These executives even admitted that they don’t like his other projects that he has that aren’t associated with Fox News, but they let it slide because he brings them so much money.

The executives at Fox News, basically here’s what they’re admitting. They’re admitting that Sean Hannity is lying to the public every night, that he has become completely unhinged and that he is a propagandist for the White House. They know that anything that comes out on Sean Hannity’s program is not accurate, it is not true and it is most likely being directed by the White House itself because Hannity spends most evenings talking to Donald Trump on the phone. They won’t do anything about it because they love money more than they love honesty. They love money more than they love integrity. They love money more than they love the United States. That actually seems to be a common theme among a lot of Republicans and even some Democrats, but the point is they understand how toxic Sean Hannity is. Even if they’re not willing to do anything about it now, at least they’re willing to admit that this man is absolutely bonkers.