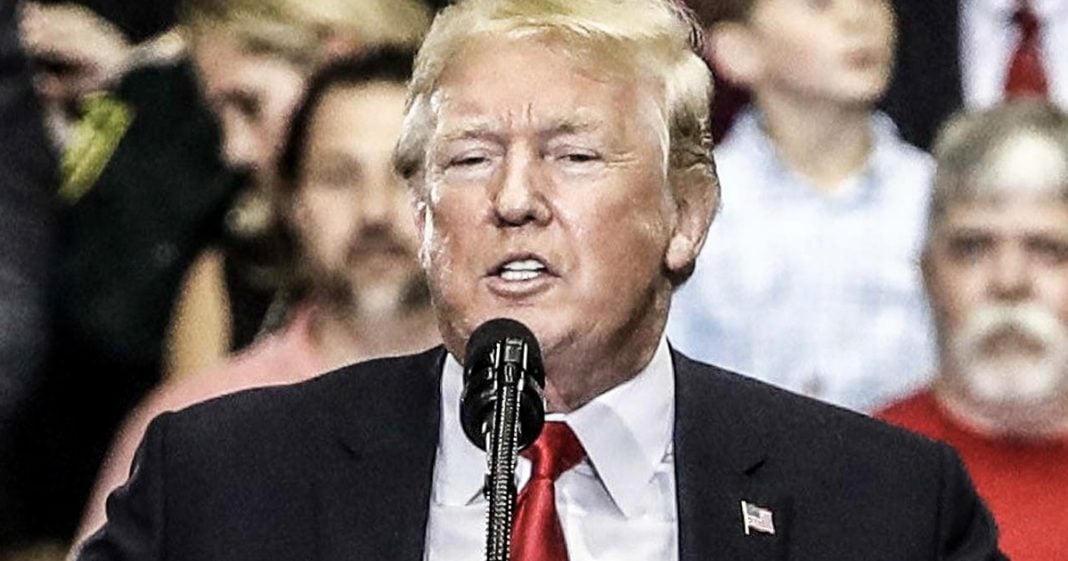 According to a recent analysis by The Washington Post, 76% of the claims that come out of Donald Trump’s mouth during his toxic rallies are complete lies. On top of that, the frequency of his lies outside of the rallies is increasing at an alarming rate. The man is getting desperate to improve his pathetic numbers and the only way he can do that is by lying, as Ring of Fire’s Farron Cousins explains.

The frequency of Donald Trump’s lies is increasing yet again and after his little toxic rally that he held about a week ago in Montana. The Washington Post sent their fact checkers out to analyze every single statement made by the President during that particular rally. And here’s what they found, at that one Montana rally, Donald Trump lied 76 percent of the time when he was making any kind of claim during that speech. And technically, the lies would be even greater than 76 percent of the time because they didn’t double count anything because Donald Trump frequently repeats his points multiple times. So, if he said it three times, they only counted it as one. If you were to bump it up and count every single time he said it, you’d probably be looking at closer to 85 to 90 percent of the time he is lying.

Nonetheless, let’s go back to that. Three quarters of the time, seventy six percent of the words coming out of his mouth were lies, and that’s nothing new to be perfectly honest with you. Donald Trump, in the last two weeks or actually in the last week alone, excuse me, has liked more than one hundred times to the American public and that doesn’t even include the rallies. One hundred lies in a week. This is unprecedented because Donald Trump is unpresidential. This man can not tell the truth. Even when he is confronted with the reality and he knows there’s no way around it, he will still lie about it, and that’s not the worst part. The worst part are the maggots out there who still believe him. The people wearing those maga hats and maga shirts, and cheering at these rally’s still chanting lock her up. Those people buy into these lies because anything that comes out of his mouth is the absolute truth. They don’t bother to question it because they don’t think they have to question it.

This I not a political movement. This is a cult. The people who still follow Donald Trump. The people who believe every word that he says, this is a cult. This is how dictatorships begin, this is how fascism starts folks, and we seem to be ignoring the problem. Yes, people have talked about it, they’ve mentioned but nobody’s really working on a solution. I don’t know what to do here, but I’m hoping somebody a little bit brighter, with a little bit more power than I have is trying to do something here to break these people out of their brainwashed state. So, that they don’t sit there in a stadium while Donald Trump lies to them three out of four words. That’s the real problem. Donald Trump has always been a liar and will always be a liar, but the people who are so blindly following him. They weren’t always like this. That’s the spell that we have to break. We’ll never fix Donald Trump and I don’t even think we should attempt to fix him, but what we have to do is fix the people in this country, and open their eyes, and pull them out of this cult. So, that this country can continue to survive.