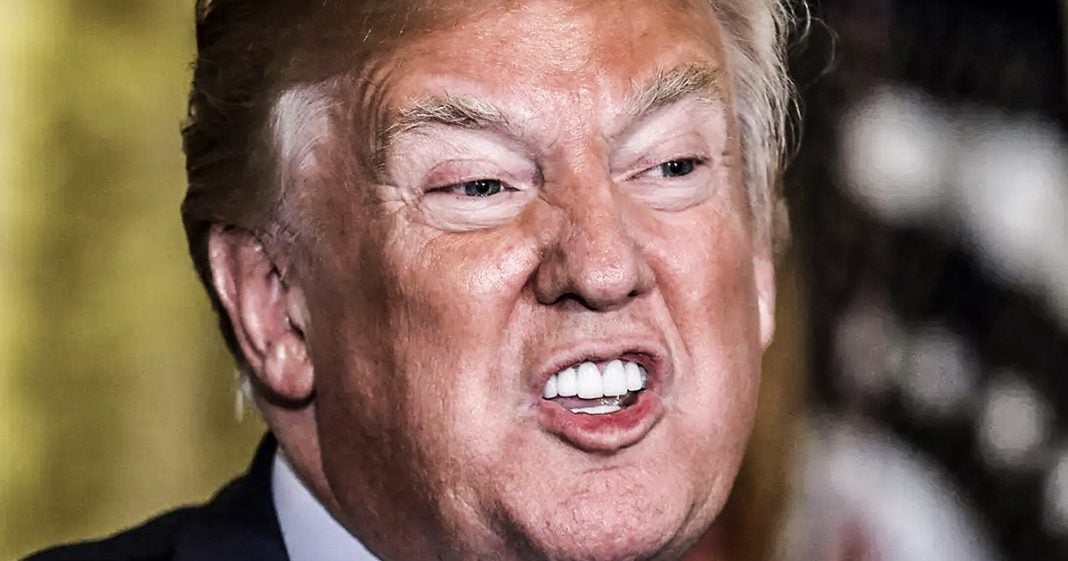 According to a new report, Donald Trump has been allowing wealthy members of Mar-a-Lago tour Air Force One. To get the invite, you have to be paid up, which means you have to shell out roughly $200,000 to Trump’s business. This is a massive ethics violation as the President is using property of the federal government to make a personal profit. Ring of Fire’s Farron Cousins discusses this.

Good news ladies and gentlemen. If you have an extra $200,000 lying around and you can become a member of Donald Trump’s Mar-a-Lago then you too might get an exclusive tour of Air Force One. According to recent reports, Donald Trump has actually been allowing wealthy Mar-a-Lago members, assuming they’re paid in full, complete access to take private tours of Air Force One. Now, before we get into that, we need to point of the fact that yes, other presidents have given people tours of Air Force One. Friends, family members, hell, sometimes even campaign donors have been allowed to tour Air Force One and nobody made such a big stink about it and that is true.

There’s a reason for that. Because unlike Donald Trump, none of those people that past presidents have toured around Air Force One have put money directly into their pockets. There is a big difference between giving money to a presidential campaign and putting money directly into the bank account of the person who is President of The United States. That is what is at issue here.

The people that Donald Trump is allowing to tour the most secure airplane in the world are only the people who have given him money. They have to pay $200,000 to become a member of Mar-a-Lago. That money goes back into Donald Trumps’ bank account. That is his personal money. Now that its been revealed or that people at Mar-a-Lago obviously knew about this and likely told their friends, this could easily be seen as yet another pay to play type deal, another conflict of interest, another ethical violation on behalf of Donald Trump.

More people could easily join Mar-a-Lago in the hopes of getting that tour of Air Force One, which would then put more money back in Donald Trumps’ pocket. This is basically a promotional tool. It tells us everything we need to know and everything we’ve been saying for a year and a half about Donald Trump. He is in this to make more money for himself. This man doesn’t care if he can make America great again or not. He doesn’t care what he does to our allies across the globe or to our people here in the United States. He wants to make more money and he’s going to find every possible way to do that. This free secret tour of Air Force One for wealthy Mar-a-Lago members is just the latest step in Donald Trumps’ long con of being the President of The United States.