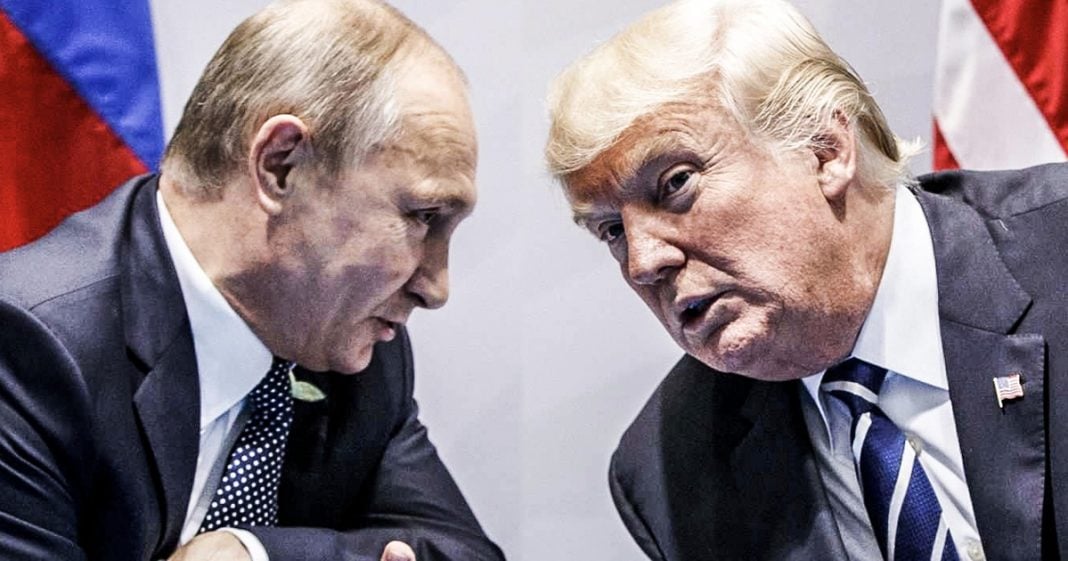 According to new reports, Donald Trump told Vladimir Putin that his own staff was “stupid” for not wanting the two men to engage in conversations. This all came about from Trump’s phone call where he congratulated Putin for his recent re-election, in spite of the fact that his staff specifically warned him “DO NOT CONGRATULATE” him. Ring of Fire’s Farron Cousins discusses this.

Donald Trump has finally said something that I actually agree with. When referring to his staff, Donald Trump allegedly said, “Those are stupid people, you shouldn’t listen to them” now, that’s a pretty strong quote, especially considering you’re the guy who hired these people. But again, I agree with you. Your staff doesn’t seem like they know what the hell is going on in the world, so yeah, probably not the brightest bunch.

The unfortunate part of that quote though is the fact that the president said those words to Russian president Vladimir Putin during their very first phone call together. This allegedly happened, according to the New York Times, after Putin’s recent reelection victory, when his staff told him, “Do not congratulate,” which was correct. They were right to say that.

Donald Trump said to hell with it, I know better than everybody else in the world. Give me the phone, I’m making the call. And then according to people who were there, he told Putin that his staff were stupid and that Putin just shouldn’t listen to them at all, as if his staff is somehow speaking to Vladimir Putin behind his back, which might be something Robert Mueller I guess probably needs to look into at this point.

But nonetheless, Trump admitted to another world leader, one who has been accused of hacking into the United States voting system, meddling in the 2016 election, told him point blank that his staff, Trump’s staff, were stupid. Don’t listen to them.

And unfortunately again, on this one issue, they happen to be correct. He should not have made that phone call to Vladimir Putin, but he did, because he is an idiot. If Donald Trump’s staff is stupid, then it really says a lot about him as the guy who hired them. After all, if you’re running any kind of business, organization, foundation, whatever it is, and you hire nothing but incompetent, stupid people, then you yourself are likely even more incompetent and dumber than the people you have hired, which I have no doubt that’s exactly what’s happened here with the White House.

And let’s not forget that pretty much in a matter of hours at this point, Donald Trump is going to be speaking person to person with Vladimir Putin, in a meeting where he has instructed everybody else to leave the room so the two can speak in private, and nobody can know what is being said.

Hopefully it’s nothing too damaging for the United States, maybe it’s just Donald Trump trying to say, “Hey, I didn’t mean it when I said my staff was completely stupid, only some of them are stupid.” But we may never know what’s going to happen behind closed doors, but what we do know is that Trump thinks very little of his staff, and is willing to do whatever it takes to keep Vladimir Putin happy.