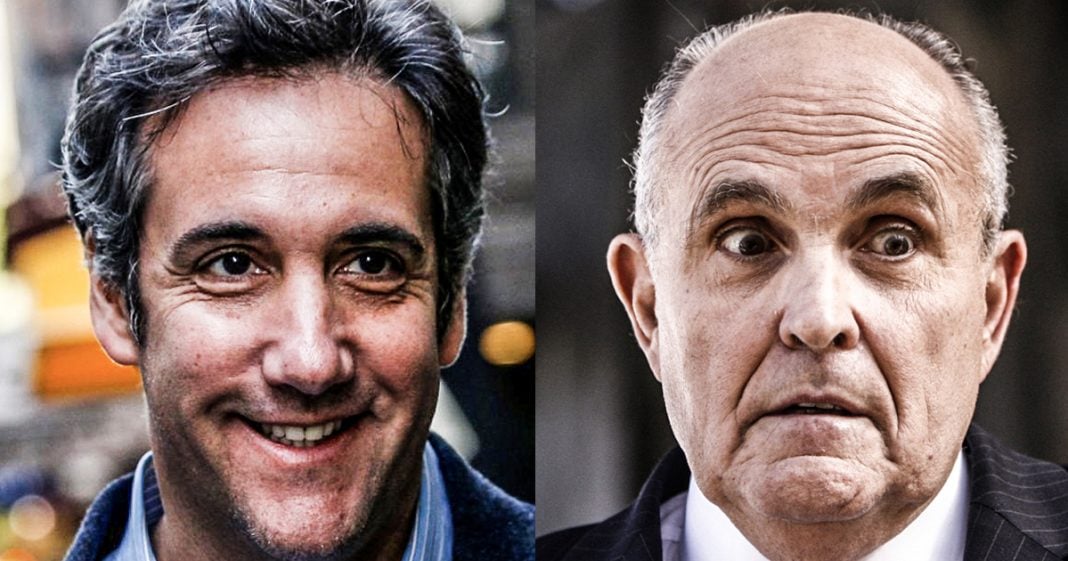 Michael Cohen has hired a new lawyer – Lanny Davis – and Davis already appears tired of the games being played by Trump and his lawyer Rudy Giuliani. Davis took to Twitter in response to Giuliani’s recent media parade to warn him that he and Trump have no idea what “truth” even means, and that they need to “stay tuned.” Is Davis working on a plea deal with Cohen? Ring of Fire’s Farron Cousins discusses the possible meanings of Lanny Davis’ ominous tweet.

In case you were not aware, Michael Cohen … Donald Trump’s former lawyer/fixer … has a new lawyer! That lawyer happens to be a man named Lanny Davis, who also worked very closely with Bill and Hillary Clinton. And this past weekend, after Rudy Giuliani made his rounds in the media saying stupid things and implicating Donald Trump in obstruction of justice, Lanny Davis finally decided to come out and address one of the things that Giuliani said.

See, Giuliani told the media this past week that he hopes Michael Cohen does cooperate with investigators, because Donald Trump didn’t do anything wrong and Michael Cohen has nothing on him. And so Cohen would only be out there telling the truth, which is what Giuliani and Trump have done since Day One.

Well, Lanny Davis seemed to disagree. And following Giuliani’s announcement that Cohen should pursue the truth, this is what Lanny Davis tweeted out: “Did Rudy Giuliani really say on Sunday shows that Michael Cohen should cooperate with prosecutors and tell the truth? Seriously? Is that Trump and Giuliani definition of truth? Trump/Giuliani next to the word truth equals oxymoron. Stay tuned.”

It’s that little part at the end there, though. That “stay tuned.” You see, we have had reports for about a week-and-a-half now saying that Michael Cohen was prepared to flip on Donald Trump. First, it came from one of Michael Cohen’s closest friends … that said this was happening. Then it came from other associates of Michael Cohen a few days later, saying that he wants to protect his family. And then it came from Cohen himself, who said in an interview with ABC’s George Stephanopoulos that his loyalty was to his family and then to his country, and not to Donald Trump.

Even yesterday, we had more reports come out saying that Michael Cohen was prepared to cooperate fully with investigators. And this likely explains why he hired Lanny Davis as his new lawyer. Lanny Davis’ ominous tweet here … warning Giuliani and Trump to “stay tuned” because the truth matters … is a big deal in this investigation. It was meant to be a warning to Donald Trump and Rudy Giuliani. They cannot continue lying about what’s happened.

They probably don’t even comprehend everything that Michael Cohen knows about what Donald Trump has done. But if Giuliani keeps going out there and pushing this issue … saying that Cohen doesn’t know anything that happened, and he needs to tell the truth … it’s only going to force his lawyers to convince him to flip on Donald Trump and turn over everything that he may have, that could implicate Donald Trump, in some kind of criminal activity.