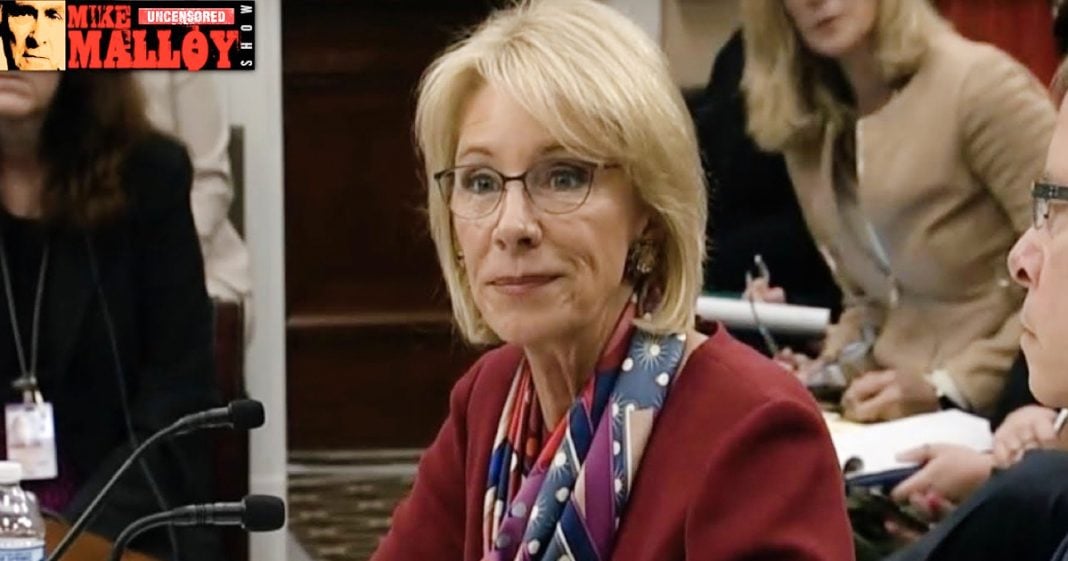 Betsy DeVos has placed a two-year postponement on an Obama-era rule that would have gone into effect July 1. The rule was designed to protect minority special needs students from racist polices after some studies show minority students are placed in special education classes at a higher rate, and are disciplined at a higher rate than their non-minority peers.

Despite the evidence, the Education Dept. has placed a notice in the Federal Register stating it believes “the racial disparities in the identification, placement, or discipline of children with disabilities are not necessarily evidence of, or primarily caused by, discrimination,” as Politico reports. Mike Malloy gives his take.