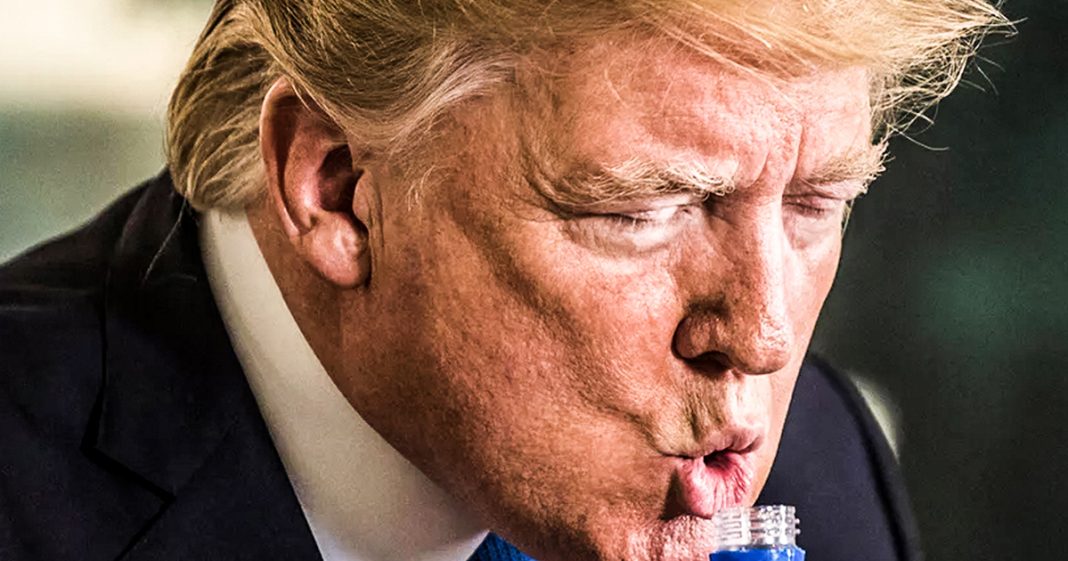 The Trump Administration attempted to water down a joint resolution from the World Health Assembly this past spring that extolled the benefits of breastfeeding. The science on this issue is crystal clear, but that didn’t stop the administration from carrying the water of the baby formula industry and trying to threaten the development of infants all over the world. Ring of Fire’s Farron Cousins discusses this.

And that is apparently what they did this past spring, when a World Health Assembly organization attempted to get a bunch of countries to sign on to this resolution saying that breastfeeding was beneficial to children, toddlers, infants, all over the world.

I mean, it was really that simple. Will you just sign this so that we know your country that breastfeeding is healthy, normal, natural and better for babies? And the United States under Donald Trump and his administration’s guidance, attempted to kill that resolution because they did not want anyone to sign on and say that breastfeeding is better than formula.

See, here’s the thing. One of the biggest formula-makers on the planet happens to be Nestle. They’ve gotten popped in the past and had to pay millions upon millions of dollars for actually traveling over to third world countries and convincing poor people that it was better to use their formula than it was to breast feed. And what happened? Well, most of these areas didn’t have clean water to mix with the formula, so you ended up with quite a few sick people all over the globe, and they didn’t know it was being caused by the contaminated water from Nestle’s formula.

And now Nestle apparently has gotten to the Trump administration and convinced them, that hey, ignore all the science that tells us that breast-fed babies are more well-rounded, that they’re healthier and that it creates a better bond between mother and child. Ignore all that, because we need to sell more baby formula, so could you go to the World Health Assembly and absolutely destroy this resolution?

I mean, we are dealing with an administration and an entire political party that has no regard for science, no regard for human safety, no regard for health whatsoever. All they want to do is help corporations make a little bit more money.

And you had this HHS spokeswoman, Caitlin Oakley was her name, she said the issues being debated here were not about whether one supports breastfeeding. The United States was fighting to protect women’s abilities to make the best choices for the nutrition of their babies.

That’s what your party thinks of women. This had nothing to do with a woman’s right to choose. You’ve had decades to get on the correct side of that issue, and you failed. This had everything to do with your administration and your party trying to give a huge handout to corporations like Nestle.